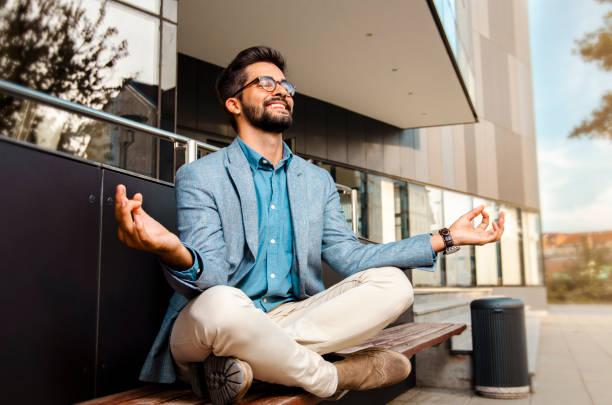 Most people around us have a misconception that saying no to people is discouraging. And it will not be okay to hurt their feelings. But you go through the pain and feel uncomfortable sometimes because of that person, why you don’t care about yourself, where is your mental peace. You are the most important person for yourself, so if you are comforting others like it’s your moral duty by exhausting yourself, and later on feeling exhausted and feeling  bad.No I am not saying that you should never help anyone, but make sure that you’re not spending too much time and energy solving the problems of other people who only appear at the time of need.

And according to expert psychologists and mental therapists, mentally strong people have the guts to say no to the other person. Remember that if you are too easily available for people, the people will not give a damn about you, they are consuming you for their benefit.

According to our definition of mentally strong people, we think that they have to stay strong in tough situations and should not be vulnerable and sensitive in front of other people.

This is completely wrong, as many mental health activists have contrary opinions. They come with facts, the experiences of observing and studying the psychology of other people for years.

Let’s say you fight with your partner, friend, and any other relative, and while fighting with them, you are suppressing your own emotions and don’t feel comfortable sharing them. You are not expressing yourself as it will count as a weakness. Then my friend you have misunderstood the strong person throughout your life.

Mentally strong people know how to communicate effectively and how to express their emotions in front of other people. Show them what has hurt you, what you can’t bear about them, so they can understand, the other person doesn’t have any telepathic machine fitted in them to understand you at once. Of Course, they are humans and they can only understand unless you tell them how you are feeling. The moment you start telling how you feel,  they will get you and you will be courageous enough to tell them whenever you have a conflict with them.

Mentally strong people learn from their mistakes. They strongly believe that humans are born to mistakes. So it is not healthy to repent over your mistakes. They consider it a lesson and they learn from their mistakes. They have a positive attitude in their life and they have an affirmation to change the situation by learning from failure. Failure is temporary and being resilient on the path can modify their future. They have a learning attitude while the losers and mentally weak people lose faith in themselves when life throws some hard challenges on them and they instantly give up. Hence learning and being optimistic about life can change your luck as well as your life.

4. Leave the past behind:

Mentally strong people are strong as they don’t burden their minds with the things that happened in the past. They know that they cannot change their past, they left behind their past and look forward to their next life. Mentally strong people also suffer from emotional, financial, and social losses and they don’t let them dominate their minds. They don’t cry to others about the negativity of society and cruelty of the world and act miserable. It does not matter how bad incidents take place in their life, they have the courage to move on. Time is the greatest healer and it will heal everything. They face the challenges of life with bravery and courage and get up after every fallback.

When it comes to deciding for their personal or financial matters, they have strong willpower and they stick to their decision. They do not change their decision under the pressure of society, they take precautionary and preventive measures before making a decision and they don’t second guess their decision. Decision-making skills of mentally and emotionally strong people are also found to be right most of the time, as they make their own decisions, they don’t depend on others to make decisions for them whether it’s a career choice or job or marriage, etc.

7. Surround themselves with good people:

You indeed become the average of the five-person you surround yourself with. So if you surround yourself with five smokers and you are the one who does not smoke, then ultimately you will become the sixth one. Strong and emotionally strong people don’t invest their time and energy with wrong people, they consider it a waste of time. So they invest their time with people who have strong and positive affirmation about the future. Those who are optimistic and they don’t blame others for their success or failure. They spend quality time with these people, when they sit together they don’t gossip about others. Instead, they have a productive discussion about how to improve their life, how to be useful for society and they do talk about random stuff and family sometimes.

One of the not powerful attributes of mentally strong people is they have belief in themselves. Whenever they are in a problematic situation, they don’t doubt themselves they know how to cope with it, they have high self-confidence and inner belief that they can overcome any situation if they want to. Self-belief and self-confidence of mentally strong people help them to achieve their gold and motives in life. The mental ability to believe in yourself and your ideas, having a strong firm can rewire your brain to make it possible even if it seems impossible to all the people around you.

Being mentally strong is a mindset and something that you can work on. It’s completely fine, you don’t have to feel insecure about this. We are all born with flaws and have a lot of imperfections, and if you can work on any of your weaknesses, then you have already moved one step forward and your actions and changed yourself for the better, it would not be easy definitely but its all worth it when you see yourself becoming stronger and successful than the person you used to be.

How to get over a break-up with your best friend?
5 Major Reasons Why You Feel Alone in a Relationship
To Top