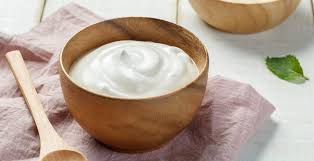 Yogurt, one of the most popular fermented dairy products, is formed by adding live bacteria to milk. It has been using for several thousands years and is often used as part of a meal and production of sauces and desserts.

How yogurt is formed?

Yogurt is originated from countries in the Middle East and Western Asia. The enzymes present in the milk produce enough heat to ferment the milk producing a staple food that lasts longer than the milk.

Yogurt is made when the high temperature milk is fermented with bacteria, such as Lactobacillus bulgaricus and Streptococcus thermophiles. Lactobacillus bulgaricus bacillus, specifically, is a bacterial strain not found in the human gut naturally to ferment yogurt. Milk is left in a closed container for several hours (probably overnight) at a hot temperature of 110-115°F. Additional kinds of lactobacilli and bifidobacteria may be intensified.

These bacteria transform the sugar in milk, known as lactose, which in turn produces lactic acid.  Lactose thickens the milk and imparts yogurt its distinctive tart flavor. Adding additional sugars and the other process can result in the development of unhealthy yogurt products.

People with lactose intolerance cannot put up dairy products. They may be able to consume some yogurt due to its minimum concentration of lactose. Alternative choice may be the plant-based yogurts, which do not include lactose.

With utmost percentage, yogurt contains all the essential nutrients necassary to gain energy and calories. Here are a few more nutrition facts of yogurt.

Probiotics are microorganisms or healthy bacteria found in yogurt. They are added to yogurt after fermentation process to attain the multiple health benefits. Probiotics are typically characterized by the genus i.e., Lactobacillus, species i.e., acidophilus and strain i.e., NCFM.

There are hundreds and thousands of probiotic products available in the market, many of them may include the same strains. The most commonly used probiotic is Lactobacillus acidophilus which has been using for over 40 years by a large number of brands of yogurt. Research has proved that different probiotics may exert different effects and some yogurts including probiotics may be healthful than others.

Probiotics help maintaining the balance of bacteria essential for digestive system. They boost the immune system, lower the chances and severity of sickness, and decrease gas, diarrhea, constipation, and bloating. They also reduce the possibility of eczema in babies. Consuming yogurt and other probiotic foods help people with weight management, reducing the risk of cancer and improving absorption of vitamins and minerals.

To help people purchase yogurts with live and active cultures, the National Yogurt Association (NYA) has implemented the seal of Life & Active Cultures (LAC) on the product can.

Nowadays, yogurt is found in a several forms—including plain, most frequently with added sweeteners or fruit. Dairymen sometimes add thickeners and stabilizers like gelatin or pectins to make the texture thicker and to develop taste richer. Also, there’re drinkable, whipped, skyr, and to name some others, that may come in flavored versions and variable quantity of milk fats. Different types of yogurt may include:

Greek yogurt makes up 40 percent of the total yogurt market. When compared to other types, Greek yogurt contains twice the protein, less calcium, fewer sugar, and less carbs. It can resist heat effectively than the regular yogurt from cow’s milk.

When buying this product, looking over the list of composition, ingredients, and protein counts are important because there may be no regulations on the making of Greek yogurt. Do not buy that brands that include unnecessary sugars, proteins and thickeners to concentrate corn starch. But if a person already loves eating thick or concentrated yogurt, then this appetizing way to eat Greek yogurt should not be missed!

Greek yogurt is frequently used in Mediterranean-style cooking and dips, and is present in full fat, low or reduced fat and non-fat or zero percent.

It is a cultured, fermented milk drink, similar to yogurt but thinner in consistency, making it a liquid yogurt for drinking. Kefir has a bit tart and sour taste. It is slightly ‘fizz’, because of carbon dioxide, the end product of the fermentation process. Kefir is rich in calcium and a good source of probiotic bacteria.

Kefir is easy to make at home by mixing kefir grains to milk and leaving it to stand for almost 24 hours. However, it is important to strictly follow the instructions as fermentation times, incorrect temperatures, and unsterile equipment can cause the food to spoil and make it unsafe to eat.

Skyr, pronounced “skeer,” is same to Greek yogurt and is an Icelandic-style yogurt. It requires 4 times the quantity of milk to produce and includes 2 to 3 times more protein as compared to the regular yogurt. Skyr is formed with milk and live active cultures and is then strained 4 times.

Its consistency is really thick to easily sink teeth into. Traditionally it was made from skim milk, but now it may come in several forms with 0, 2 or 4 (whole) percent. Skyr is usually loaded with more proteins per serving than any other type.

Frozen yogurts are often used as a tasty and healthy alternative to ice cream may be because it contains the same basic ingredients as ice cream, but includes live bacterial cultures. According to the National Yogurt Association, not all frozen yogurts contain live active cultures; others may use heat-treated yogurts to kill the live and active cultures. Many frozen yogurts have the same amount of sugar or more as the regular ice cream

It is also known as frogurt and is, probably, more tart than ice cream (due to presence of lactic acid in the yogurt). Frozen yogurt is lower in fat due to the usage of milk instead of cream. Also, it is not similar to ice milk and conventional soft serve. Frozen yogurt is available in a large variety of savory and styles along with sugar-free and fat-free alternatives.

Alternatives of non-dairy yogurt may include almond yogurt which is basically a mixture of almonds and water with low calorie count (high in fiber and calcium, and low in fat and sodium). It is produced by adding live and active cultures.

This is the best option when not looking for lactose and dairy. More of its texture is similar to the regular yogurt like it’s thin and loose. The protein counts are typically low with almond-based yogurt because a large number of the nutrients are extracted through the process of forming milk.

Low-fat or reduced-fat yogurt is formed with 2% milk and 3%saturated fat. Low fat yogurt is a rich source of many multiple calories like 16% protein and 74% carbohydrate. Non-fat yogurt is produced with zero percent or skim milk. It may contain less calcium and protein than reduced fat and plain yogurts.

Eating yogurt in its container can be boring even if it is delicious. Spicing it up the way anyone likes it can be a better option. Follow the idea that suits your taste.

The plain, sweeten or even unsweetened yogurt can be super tasty when mix with fruit. Aroma is a bonus when added with fruit! Adding yogurt to fruit salad also makes it healthier. Some people also prefer mixing yogurt with small amount of pure maple syrup, or honey.

Add it as a base

Thinking of the product as a base for pretty much dishes can work better like getting the creative juices flow may include mixing the yogurt as a base to smoothies. Adding it as a base on the homemade ice creams can provide some extra proteins and thickness.

Make it a go-to healthy substitution

Yogurt can be a good substitute to sour cream, mayo, and other ingredients. For example, when there is no ghee or butter in the kitchen, add some yogurt on your whole-wheat toast instead to make it a go-to healthy substitution.

Consume it for a protein boost

Yogurt can be added to anything to consume as a protein boost for taking good calories until the next meal. Mixing it with pancakes, waffles, dips, oatmeal, dressings, baked goods, or chili is a perfect protein booster.

Adding fresh or dried fruit, peanuts, almonds, nuts, or seeds of own choice can make yogurt tastier and even healthier.

6 Foods That Can Help Relieve Depression and Anxiety
The Truth About Carbs: Friend or Foe?
To Top