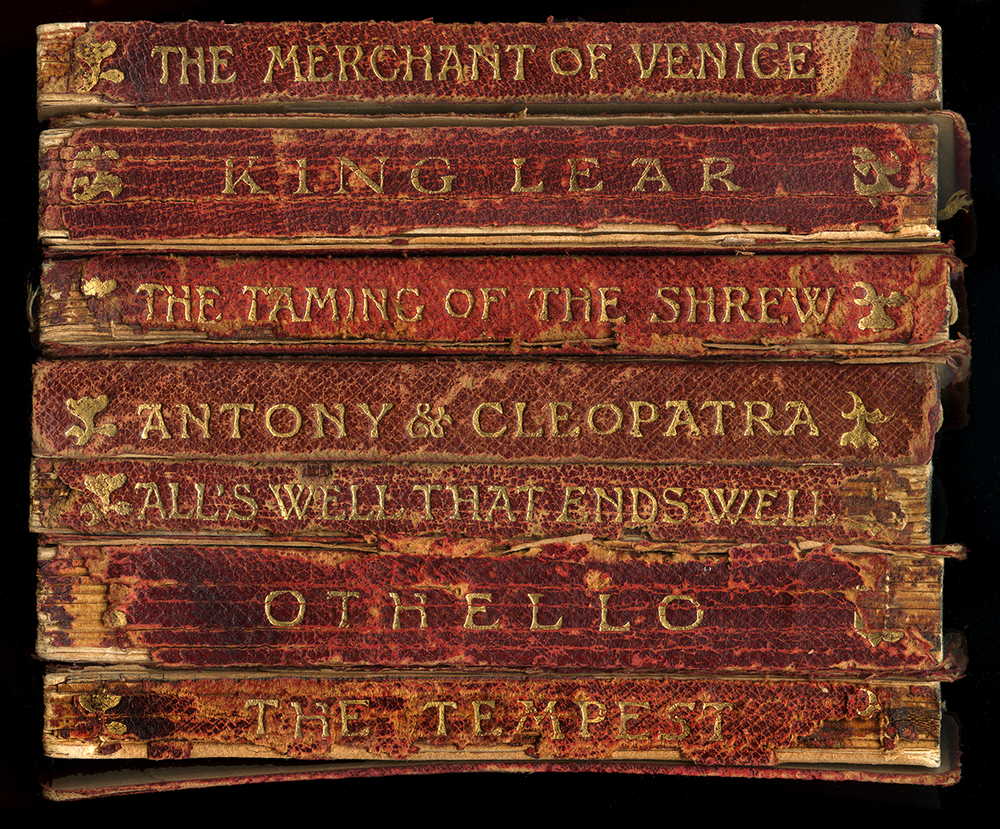 William Shakespeare (1564-1616) is also known as “father of English drama”. Romantic drama reached its climax through him. By nature he was very imaginative and sympathetic. He did not has proper education but he undergone proper training first as an actor, second as a reviser of old plays and last as an independent dramatist. He was from Elizabethan era.

His works divided into mainly 4 periods and these are following:

Now following are summaries of some Shakespearean works:

It belongs to first period of Shakespeare.

This comedy starts with the wedding preparations of Theseus who is the Duke of Athens with Hipployta who is the Queen of Amazon. Theseus noble man Egeus wants his daughter Hermia to get marry with Demetrius. But Hermia and Lysander both is in love with each other. Egeus doesn’t like Lysander. So he requests Theseus to intervene in this matter. The Duke of Athens tells Hermia that she has 2 options, either she gets marry to her father’s chosen man or she will spend her whole life as nun.

Lysander and Hermia plans to elope from Athens at night. Hernia tells her plan to Helena. At night  two lovers escape but lost in woods. Helena is in love with Demetrius but Demetrius is in love with Hermia. Demetrius comes to know the flee plan of Hermia and Lysander through Helena. Demetrius immediately goes out in search of Hermia.  Helena follows Demetrius which he doesn’t like and ask her to not follow him angrily.

On the other hand Oberon (king of fairies) and Titania (Queen of fairies) lives in woods. Over an Indian boy Oberon has quarreled with Titania. Meanwhile Oberon sees Helena and Demetrius arguing with each other.

Oberon calls his servant fairy Puck to bring some magic flower juice. This juice when put in anyone’s eyes while sleeping and when he/she wakes up the first person they see they fell in love with that person. He orders this juice so that he can put this juice in Titania’s eyes and when she wakes up she again going to fall in love with him. Oberon also gives some juice to Puck and instructs him to put this juice in Demetrius eyes so that he falls in love with Helena. Lysander and Hermia become very tired because of continuous walking, so they decide to take some rest and falls asleep. Puck mistakenly puts juice in Lysander and Lysander is wakeup by Helena. Lysander falls in love with Helena and rejects Hermia.

On the same woods some artisans are rehearsing a play for Theseus and Hippolyta wedding. Bottom is the head of the artisans. Puck is watching them rehearsing. He decides to play a trick with them by changing Bottom head into an ass head. This frightens the other artisans. Bottom is roaming around. Queen Titania who is being sleeping and she has juice in her eyes, when she wakes up she sees Bottom and falls in love with him. At this point the whole scene becomes very amusing.

This all confusion is created by Puck. Oberon sends his mischievous servant Puck to get another juice which demolishes the magic of first juice. The four lovers Hermia, Lysander, Helena and Demetrius are arguing with each other and fall asleep after exhausted. Then Oberon put magic juice on Lysander’s eyes and also his wife Titania’s eyes. When Titania wakes up she gets shocked to see bottom sleeping next to her and how she could falls in love with this ass head man. Puck has changed the Bottom’s head back to his normal head. All four lovers are sought out Helena with Demetrius and Hermia with Lysander. Happily reunited lovers agree to go to Dukes’ wedding. In the end the artisans perform the play in the wedding but it is not a good one. The End

The Merchant of Venice:

This play belongs to 2nd period of Shakespeare.

Bassanio who is a young Venetian is in love with Portia, a Venetian heiress. He needs 3000 ducats as a loan so that he can woo Portia. He goes to his friend Antonio for loan who is a merchant. But Antonio couldn’t help him because he invests his whole money in his fleet which is currently at sea.

To help his friend, Antonio goes to Shylock who is a Jewish money lander and asks for short term loan. Shylock hates Antonio but instead of refusing the short term loan he puts a condition. The condition is that Antonio has to pay the loan in three months otherwise Shylock will take out the pound of flesh from Antonio’s body. Antonio is confident that his ships will return on time so he agrees to the condition and Bassanio starts travel to get his love. In the meantime Bassanio’s other friend Lorenzo elope with Jessica who is the daughter of Shylock.

According to Portia’s father’s will, there will be a test among the all suitors. In this test all suitors have to choose that casket which contains Portia’s picture. The winner is going marry to Portia and the loser is not going to marry any other woman ever. Prince of Morroco and Arrangon fails the test and get rejected. Bassanio passes the test and get married Portia immediately.

Meanwhile Antonio’s Ships have been wrecked and now he has no money to pay the loan. When Bassanio comes to know about Antonio situation he immediately travels back to Venice. He leaves Portia behind but Portia with her maid Nerrisa follow Bassanio. Portia and Nerissa disguise as a male lawyer and clerk.

When Bassanio reaches Venice the date of repayment of loan has passed. Now Bassanio offers more amount than loan to Shylock which he refuses. Now he wants pound of flesh from Antonio’s body. Also Shylock is very angry by loss of his daughter and now in search of revenge on Christians. This is also the reason Shylock desperately wants flesh of Antonio’s body now.

Portia defends the Antonio as she is in disguise as a lawyer. She decides that because it is against the law to shed a Christian’s blood he can take the pound of flesh but without a drop of blood which seems impossible. Moreover, she orders that Shylock will have to give half of his wealth to Venice and Half to Antonio, for making a plan to murder a Venetian citizen. Shylock has no other way so he agrees. Antonio decides to give Shylock’s half money back to him with two conditions. One condition is that he will pass this money to her disinherited daughter. The other condition is that he must convert to Christianity. In the end news arrives that Antonio’s remaining ships have returned safely and all celebrate happily. THE END.

This play belongs to 3rd period of Shakespeare.

Othello promotes the Casio which jealous Iago. Iago wants to be promoted instead of Casio. Now he is jealous with Iago and angry with Othello. Rodrigo is a friend of Iago who loves Desdemona. To take revenge he manipulates Rodrigo to tell the Brabatino that his Daughter Desdemona is secretly married to Othello. Brabatino disowns his daughter.

Othello, Desdemona and Casio with some officers travel towards Cyprus for a mission to stop the Turkish fleet attack. But Turkish couldn’t attack because of natural disaster.

Rodrigo thinks that he doesn’t deserve Desdemona but Iago encourages him to challenge Casio for a fight. Iago overdrink Casio. During fight Montano who is the governor of Cyprus has become injured. Rodrigo acts that he is self-defensing and Casio start the fight first. Othello becomes very angry on Casio and takes his post back.

Iago now goes to Casio and make his mind to ask Desdemona to help him and requests his husband to bring Casio post back. On the other hand Iago tells Othello that his wife is becoming very frank to Casio.

Destimona lost her strawberry engraved handkerchief which is a gift from her husband. In reality handkerchief is misplaces by Iago. He gets this handkerchief with the help of his wife Emilia and puts it in Casio room. When Casio sees the handkerchief and asks Emilia to arrange a meeting with Desdemona so that he can return her handkerchief.

Iago and Casio is discussing about Casio’s mistress Bianca which is being overhears by Othello and thinks that it is about Desdemona. This is actually a plan set by Iago. Desdemona asks his husband to bring Casio post back. Othello becomes very angry on Desdemona and insults her in front of everyone which shocked Desdemona.

Othello orders Iago to kill Casio. Iago manipulates Rodrigo to kill Othello and gets her love Desdemona. Othello goes to his room where his wife Desdemona is sleeping. He smothers his wife. Amelia sees this and starts shouting. Amelia tells the truth to Othello that Iago is the culprit of all this happenings and Desdemona is innocent. Iago kills Amelia. Iago and Othello go to jail in murder case. Othello attempts suicide because of guilt. In the end Casio becomes the governor of Cypris. The end.