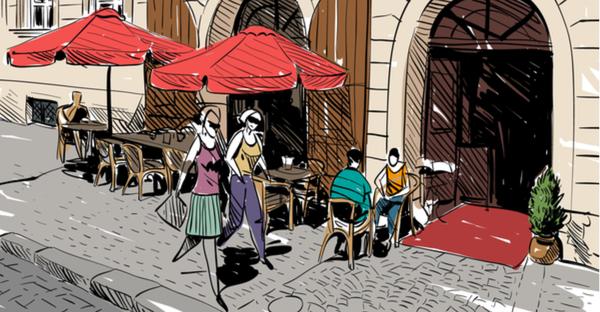 Living creatures, it is true, cannot and do not live in isolation. Human lives are completely reliant on the lives of others. Humans live in groups, whether they are small, such as a family. Or large, such as a city or a country. Humans are members of the primates, a highly social group. Primates are distinguished from other animals by their grasping hands and varied modes of movement. As well as their high level of social interaction. Our large brains appear to be concerned with managing our social relationships as well as our survival skills.

“Man is by nature a social animal; an individual who is unsocial naturally and not accidentally is either beneath our notice or more than human.”

According to the legendary Greek philosopher, Aristotle

There is something that comes before the individual, and that is society. To survive, he must meet certain natural, basic needs.

Why Do Men Live In Societies?

Society is important for a man to fulfill his needs. It not only fulfills man’s physical needs but also plays an important role in determining the social nature of man. Society plays an important role in human personality and the development of the human mind. The development of the human mind and personality is only possible when we live in a society and interact with various components of that society.

Another attempt to determine the origin of man’s social behavior is the “Organismic theory of society.” Spencer believes that society can be compared to a physical organism that exhibits the same level of unity as an individual organism. And is subject to the same laws of development, maturity, and decay.

The various associations and institutions would be the limbs and organs. Like Spencer and the Bluntschli, some twentieth-century thinkers, such as Oswald Spengler (in The Decline of the West), subscribe to the organismic theory. However, with some modifications. Some modify the theory to explain the analogy only in terms of the organic processes. Like the phenomenon of birth, youth, maturity, old age, and death. Spengler discovers an organic cycle in societies that go from birth to death. According to these thinkers, the individual is merely a manifestation of society’s organism. And his entire life and will be subjected to it.

Marchers’ Observations About Society and Individuals

Marcher observes that society, with all its traditions, institutions, and equipment, provides a great changeful order of social life. Arising from the psychological as well as physical needs of the individual. An order wherein human beings are born and fulfill themselves with whatever limitations they have. And where they transmit the requirement of living to succeed generations.

A Sociologist’s Point of View

Sociologists do not find the organismic theory entirely satisfactory. Because the comparison between an organic cell and a human individual is overstated. An individual has a self; he can think for himself apart from society, which is unthinkable in the case of a single cell. Furthermore, the organismic theory emphasizes the importance of social unity. To the point where individual characteristics are overemphasized or even obliterated. When someone speaks of the interests of society. Even in terms of social unity, one must refer to the interests shared by every individual in that society. As a result, the organismic theory is best understood as long as it recognizes the individual’s reliance on society. And stretching the comparison any further would be incorrect.

When an adult animal is considered sub-social?

Conclusion of the Discussion

Based on the preceding discussion, it is possible to conclude that individuals and society are interdependent. Their relationship is not one-sided; both are necessary to understand the other. Individuals do not belong to society. In the same way that cells do to the organism. Nither is society merely a means to meet certain human needs. Individuals cannot thrive in the absence of society. And society has no value other than the services it provides to its members.

Society is neither hostile to the development of individuality nor exists in its own right. In fact, they are both complementary and supplementary to one another. “A separate individual is an obstruction unknown to experience and individuals,” writes Cooley. Individuals and society are not distinct concepts, but collective approaches to the same thing.

Everything You Know About Migraine
Language Planning
To Top