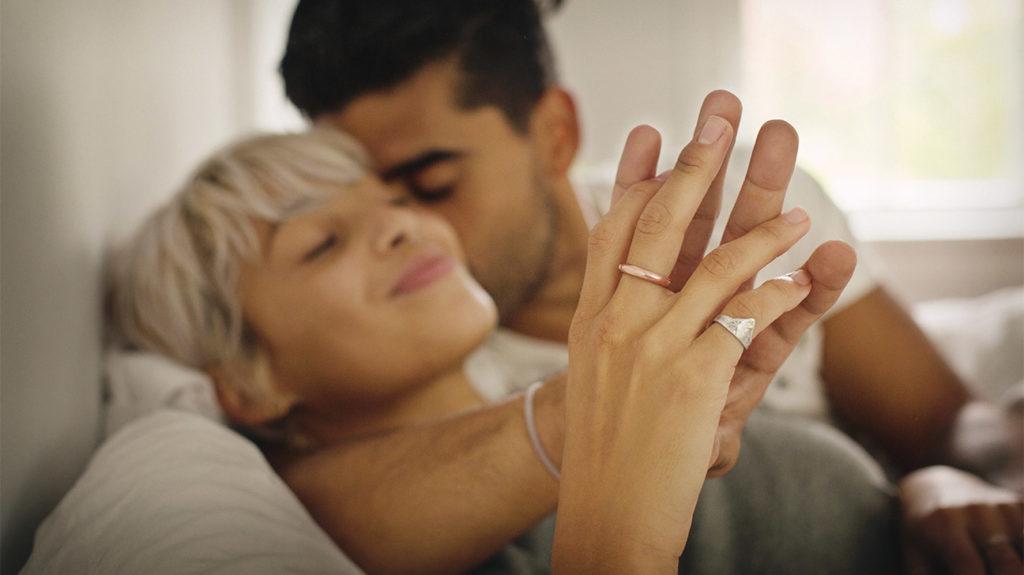 You’re a take-charge guy in most areas of life, but do you let the significant other in your life buy your…condoms? “About 54 percent of condoms are bought by women,” says University of Cincinnati reproductive endocrinologist Michael Thomas, MD. “The onus of contraception has largely been on women,” he says, “but men should help make birth control decisions, too.”

Why? You and your partner’s choice of birth control may affect not only how much you both enjoy sex, but how well protected you are against pregnancy and sexually transmitted diseases (STDs) and how likely you may be to conceive when you want to. Birth control should be a couple’s decision.

What’s best? It depends on what your needs and wants are:

You want to prevent STDs in addition to preventing pregnancy, your choice is simple: The male and/or female condom made from Nitrile, latex, or polyurethane. Don’t use natural membrane condoms—they may contain tiny pores that allow viruses to pass through. Be aware that condoms may not protect against herpes lesions or genital warts that occur in areas not covered by condoms, such as on the vulva in women or the pubic area outside of the penis in men.

Birth control is often a matter of personal preference. Consider a Long-Acting Reversible Contraceptive (LARC), such as the Intrauterine Device (IUD) or a hormonal contraceptive implant (such as Nexplanon or Implanon). Research shows that they are the most effective forms of reversible contraception. Indeed, they’re about 20 times more effective at preventing pregnancy than the Pill, birth control patch or vaginal rings. The implant prevents pregnancy for up to three years. The hormone-releasing IUD (Mirena or Skyla) is effective for up to seven years. The copper IUD (ParaGard) works for up to 12 years.

You Want to Get Pregnant Soon – But Not Yet.

Consider the birth control pill or patch, the vaginal ring, or barrier methods such as condoms, spermicides, and the sponge. These methods allow a quick return to normal fertility when you stop using them. “Doctors used to recommend waiting at least one month after taking birth control pills to try to conceive a baby, but latest research shows that a woman’s own hormones kick in about one week after stopping the pills,” says Dr. Thomas. Another option: natural family planning, including monitoring cervical mucus and body temperature for women, withdrawal for men. It’s effective when done correctly. Added bonus: It can pinpoint a woman’s most fertile time. That’s good to know when you begin trying to conceive.

Pregnancy Is Not An Option Now…or Ever.

The most effective way to avoid pregnancy, other than becoming a monk, is sterilization, such as tubal ligation or vasectomy. Both procedures can be reversed. “The most common reasons people want to reverse a sterilization procedure is if they get into a new relationship and want a child with their new partner, or if they lose a child due to accident, illness or other reason,” says Dr. Thomas. One caveat: A vasectomy becomes harder to reverse over time. “Five years after a vasectomy, a man makes antibodies to his sperm and it’s much harder to reverse a vasectomy successfully.”

You Want Minimal Side Effects.

To avoid the side effects of hormones—which may include weight gain, lessened libido and other problems—consider the copper IUD, which is highly effective. Other good options: barrier methods such as condoms, spermicides, cervical cap or diaphragm, or natural family planning. If latex allergy or sensitivity to spermicides are a concern for you, talk to your doctor about your options.

You Just Want to Enjoy Sex.

Some couples love the spontaneity allowed by the Pill, patch, implant, Depo-Provera shot, or IUD. They’re good options if you find that condoms diminish sexual pleasure, or that spermicides are messy. A small percentage of women complain that the Pill and other hormonal methods reduce their sex drive. “I have even had men complain that they feel the IUD string during sex,” says Dr. Thomas.

Beyond The Biggest Loser: How To Really Help An Overweight Child
Headache Hell: Triggers To Avoid
To Top