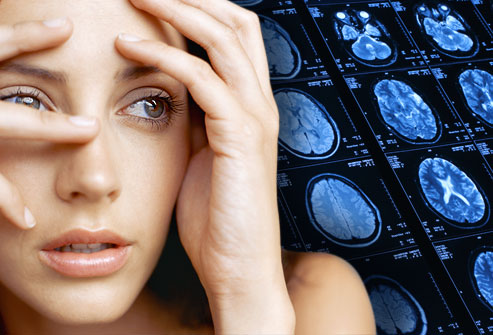 Colorectal cancer is the third most commonly diagnosed cancer in the U.S., according to the American Cancer Society. So why is it that so many of us know so little about this disease, defined as cancerous growths in the colon and/or rectum?

Let’s be honest: It’s tough to get people interested and excited to read articles about their colon. (But here you are! Kudos to you.)

There’s also the fear, uneasiness, and the unavoidable ick factor that surrounds colorectal screening tests, which further adds to this disease’s unpleasant profile. So what should you know about colon cancer? We’ll keep it short and sweet:

Screening tests for colorectal cancer involve testing your stool for signs of blood, an indicator of a polyp or other growth. There’s also a test called sigmoidoscopy, which uses a lighted instrument to examine the rectum and lower intestine. During the exam, anything that looks unusual can be removed and biopsied.

“The gold standard of screening is the colonoscopy,”  says Robert Wascher, M.D. a surgical Oncologist from the Cancer Treatment Centers of America.  During this test, the rectum and the entire colon are scoped with a lighted instrument. The prep, which involves drinking a medically prescribed electrolyte solution or tablets to clear the decks, so to speak, is actually worse than the procedure itself, assures Dr. Wascher: “There’s a lot of exaggeration about the unpleasantness of the exam itself.”

Dr. Wascher says what folks should focus on is how effective the a colorectal cancer screening can be: If caught in its early stages, the success rate of curing colon cancer is 90 percent. “Colorectal cancer is one of the few types of cancers that can be almost entirely prevented by adhering to the screening recommendations,” he says.

The Role of Diet & Exercise:

Dr. Wascher says diets high in red and processed meats do show an increased risk for developing the disease.

“There is little doubt that obesity, diabetes, smoking and excessive alcohol use are all thought to increase risk, says John B. Kisiel, M.D., a gastroenterologist with the Mayo Clinic.

Both physicians recommend a healthier lifestyle in terms of prevention.

Dr. Wascher points to a diet including more green, leafy vegetables, fruits, fish and chicken rather than red meat and moderate exercise (at least 3-4 hours of physical activity per week).

When Should you Get Screened for Colon Cancer?

The Centers for Disease Control and Prevention (CDC) recommends that adults beginning at the age of 50 should be screened for the disease through high-sensitivity fecal occult blood testing, sigmoidoscopy, or colonoscopy.

However, if you have a family history of colon cancer you should discuss this with your physician and may be screened sooner and more often.

‘Om’ Demystified
Boys Get Eating Disorders, Too
To Top