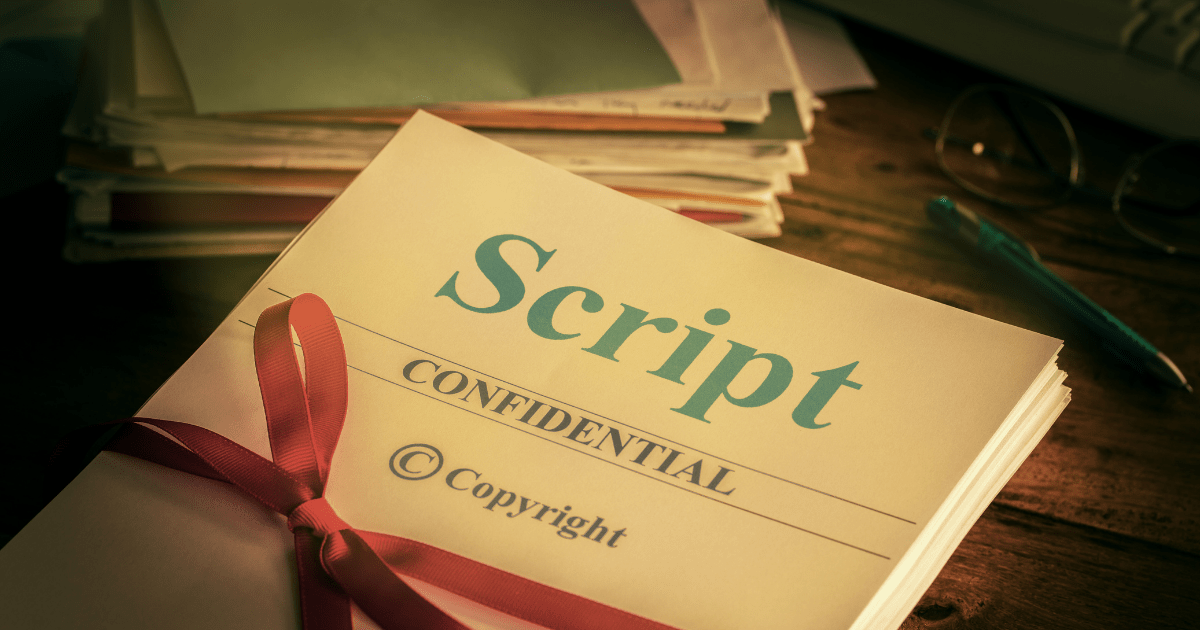 Tired of going off-track while writing your screenplay? Do the components of a screenplay confuse you a lot? No need to worry. We have got your back. Below we are going to discuss the components you can easily count on your fingertips. Yes, only 5 major elements you need to grasp the concept of in order to know what makes a great screenplay. So, without wasting any further time, embark on a journey of understanding and writing blockbuster screenplays.

First Thing To Know What Makes A Great Screenplay

What makes a great screenplay? Characters. It’s all about who is leading your story.

First, you need to understand the fact that the audience requires something to cling on to, in order for them to watch it. There is a character, then two and three and so on. The characters are THE most important thing in a screenplay. Well-written characters can make a cliche storyline, a blockbuster. It’s all about how you shape them, bring them to life. It makes it easy for your audience in getting attached to your character.

The characters need to be unique and authentically written. They can be a depiction of a character you may have read somewhere or seen before, but they need to have a touch of genuineness. They can have traits like the character you are trying to make them like, but still have a thing or two that is totally your creation.

What most amateur writers overlook are the character arcs. These are what your entire plot is based on. How the arc proceeds in a certain angle. You need to develop a background story, their introduction that sticks with the audience and some visible personality traits for audience to reason why the character is doing what they are doing. You can give them flaws and an objective to motivate them which will help progress your story better.

Second Thing To Know What Makes A Great Screenplay

Another key element in what makes a great screenplay is that every person in this world has some wants and needs.

Keep this thing in mind when writing a screenplay. Being human, we all have wants and to meet those wants oft-times we need to change things. These things can be both external or internal. They can be internal as needing the courage to do something, becoming selfless or just recognizing their true self in order to meet their want.

Plotting And Structuring A Screenplay

Every story needs its characters to move around a certain plot.

A plot is the sequence of events that leads to a certain point of climax. The plot is build up on three acts as follows:

In the first act, you introduce your characters, their conflicts and desires. The first act must hook the audience to your story.

The second act focuses on building the obstacles and issues that detract your character from their normal life. They motivate the character to do something by bringing out of their comfort zone. They still find courage and hope to keep going on when there is no hope left.

Then comes the last act that focuses on the climax and resolution. This act consists of the character actually going an extra mile or leaving their comfort zone. They do so in order resolve their conflict. Still, they face new conflicts and obstacles that make their way even more difficult than before.

A good ending is as important as an audience’s attention grabbing introduction.

When you start writing a conflict, the first thing to know is how to resolve that conflict. Any disturbance in the character’s life must also have a way out before it even begins. You must have an exit plan before even starting the conflict.

An expected scene must be added that the audience were anticipating from when things began to go wrong. This scene shows the happily ever after or the things the character or a group of characters achieve in the end and show their final emotions. It is a promised scene to the audience and must be added at the end.

Writing a screenplay can be tricky and may lead to a confusion between several things that come shooting all at once. Reading through some famous scripts can help you understand the structures of weel written screenplays. It can assist you in plotting your own screenplay and how different scenes can be placed in various sequences to make the screenplay more attention grabbing and resulting in a blockbuster.

Do you often dream of your stories being displayed on a silver screen so you can too, be recognized globally? Take a look at this article to learn some tips to become a screenplay writer.