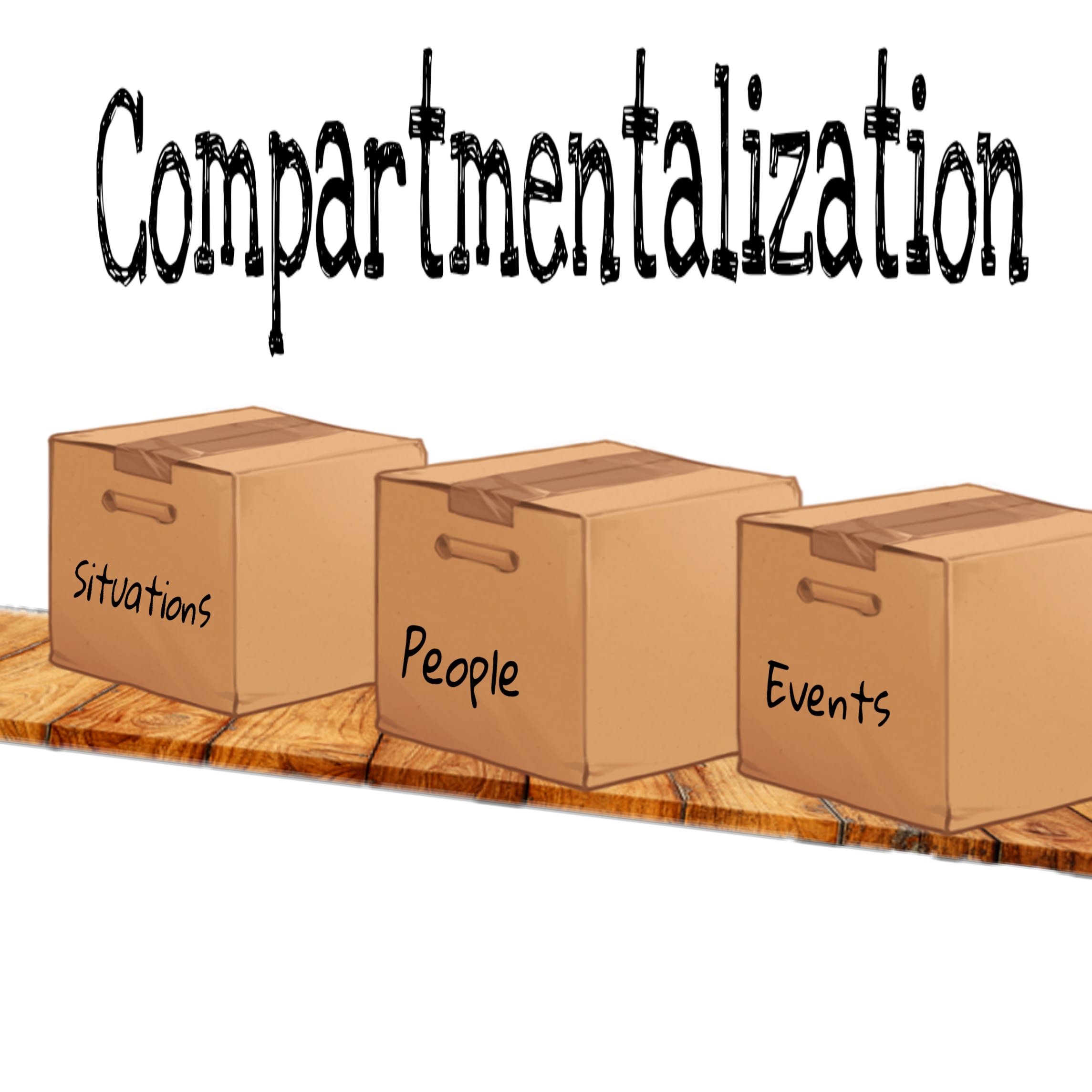 Have you ever found yourself wondering how to better organize your life? You’re not alone; many people struggle with having the right balance between work, family, and personal time. One concept is mental compartmentalization. It can help you sort out your thoughts and find more peace in your life by using it. In this guide, we’ll go over what mental compartmentalization is. And how to apply it to your own life, and how this approach can help you be more productive every day.

Metal compartmentalization is a cognitive process that involves separating thoughts, feelings, and ideas into different categories in order to avoid being overwhelmed by them. This may be a helpful way of dealing with stressful or complex situations. Especially when you’re experiencing extreme anxiety or depression. For example, you might divide your worries about school into academic worries and social worries to help deal with them separately and more effectively. One big drawback of mental compartmentalization is that it can become compulsive.

Having lunch with a friend is an important part of my day. If I don’t have lunch, I feel foggy and irritable for hours. But dinner with another friend might as well be a completely different person from whom I went to lunch. They do very different things in their lives that require different levels of attention, energy, and care in me. In other words, compartmentalization helps me balance my life better.

The term mental compartmentalization can refer to both conscious and unconscious processes by which humans split certain tasks or thoughts into separate parts of their minds. A great example is, that I write on my laptop while watching TV with half my attention. I’m still a productive human being.

The fact that our brains can be highly attuned to one stimulus at once means we’re better able to handle several situations simultaneously without distraction. We have evolved as efficient machines that are capable of directing resources toward many different tasks. And then converging them when necessary. If you work in an office, you probably deal with numerous emails and messages every day that require your attention; luckily for you, your brain has evolved to help handle such distractions!

It is broken down into 5 steps that make task completion simpler, less time-consuming, and more productive. These steps of metal compartmentalization are:

In order to do our jobs well, we must shift gears from time to time, often with very little warning. We go from painting a room in our house to dialing in to a conference call and back again. In other words, we often have different things going on at once. There are some of us who always seem able to do that easily (I’m sure you know one or two). But for most of us, it’s a little more difficult – so difficult that some people find it hard to manage their work/life balance and they need to seek help in order not to over-react or otherwise fall apart when things get hectic at work or home.

There are many benefits to maintaining a clear distinction between your personal and professional lives. One of them is reduced stress—it’s much easier to deal with personal issues when you don’t have to worry about what they mean for your career. Another is increased productivity since you aren’t distracted by thoughts of work while you’re trying to relax or vice versa. Plus, it can make it easier to turn off after a long day at work. The whole point of mental compartmentalization is not being affected by stress from one area in another (work affecting family, etc.).

Dr. Martin Luther King Jr. was a man who famously used compartmentalization as a strategy in order to move through his daily life and accomplish his goals. He would wake up every morning with one mission and then go about accomplishing that goal for the day, all while not allowing thoughts of his other jobs to get into his headspace. One of these other jobs was fighting for civil rights in America, an extremely risky goal given how much discrimination was still present during that time period. Dr.

How to develop your own system of mental compartmentalization

People who develop their own system of mental compartmentalization have an advantage when it comes to making decisions or solving problems. How can you go about developing your own system of mental compartmentalization? Try keeping a diary of your thoughts throughout each day. From there, look for patterns in your behavior, such as specific thoughts or emotions that come up repeatedly.

How to compartmentalize emotions?

In order to compartmentalize emotions, people need to be able to control their emotional reactions to things. If they can do that, they’ll be less likely to overreact or take things personally when someone says something hurtful. It is important for parents of young children and teenagers alike because even small issues have a tendency to build up into big problems in such young minds. Parents can help teach their children ways to calm down if something upsets them so that no minor thing leads them into despair or rage. Practicing these techniques from an early age, it will eventually become natural for people with BPD and others who have difficulty controlling emotions.

The dark side of mental compartmentalization

It may sound like an ideal way to balance various parts of life, but there is a dark side to compartmentalizing and not just in terms of the potential for personal failure. There’s also a possible link between mental compartmentalization and increased risk for post-traumatic stress disorder. A recent study published in Clinical Psychology Review found that individuals who reported a high degree of mental compartmentalization were almost twice as likely to develop PTSD symptoms after they were exposed to potentially traumatic events as people who weren’t as skilled at compartmentalizing. This makes sense given that we are more likely to repress our trauma if we don’t want or aren’t capable of dealing with it on any level.

The danger of compartmentalizing emotions

If a person compartmentalizes emotions, he’s able to separate them and address them individually. In other words, I don’t cry because I’m sad. I cry because I have an eye infection. While being able to draw clear lines between certain aspects of your life is an ability that takes time and practice to develop, psychologists don’t recommend keeping strong emotions out of sight completely. Studies suggest that it’s best for people with mental illnesses to deal with their feelings instead of hiding from them or pretending they don’t exist at all.

It’s a common misconception that compartmentalizing in order to separate our work from our play is a bad thing. The truth is, it can actually be healthy. The way we think and handle situations becomes deeply engrained over time. Researchers found out that after just 20 days of working with words like happy or agitated, students started to associate these emotions with either negative or positive outcomes, respectively.

In other words, we start using one set of behaviors at work and another during our downtime. If you ever need help separating your emotions at any given time, look to your habits first. If you’re used to dealing with feelings differently in different situations, then you’ll likely follow your gut without trying too hard.

What is an Efillism?
What is Epistemology?
To Top