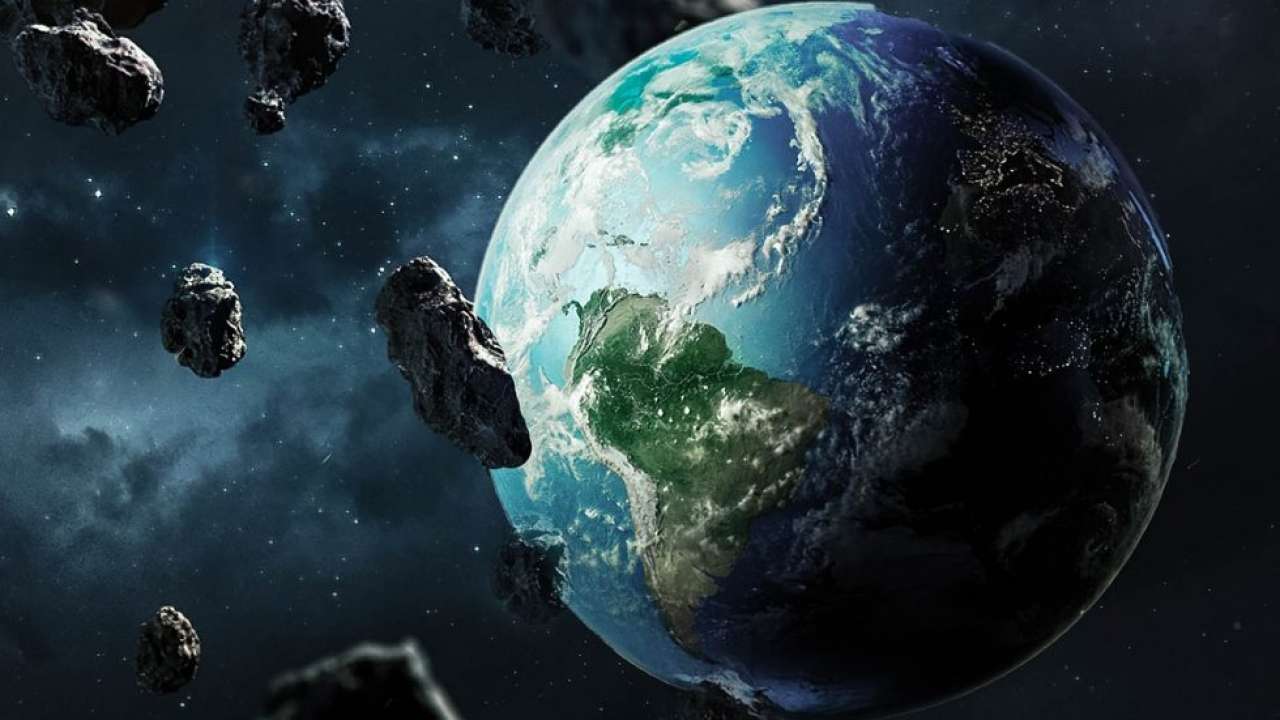 Have you ever tried to look at the sky with the help of a telescope in order to go beyond what we can see with the naked eye? It is quite astonishing to observe our solar system going much closer to stars and planets in our imaginations. The telescope will tell you cloud details. You will observe Neptune and Uranus like a small, featherless, bluish, or even greenish disk. You will also observe a huge dense cloud in which some star-like shining is visible. It blinks as well as move with it. What exactly it is? They are not stars but seem like night stars, what we observe in the sky with the naked eye. Researchers have found some bewildering facts about it. Let’s have a detailed look at what exactly they are and what they are doing in our solar system.

Asteroids are also known as planetoids or minor planets. Asteroids are small to large rocky objects that orbit around the center of our solar system as planets do. Although they also rotate around the sun they are smaller than the planets. If there is a large storm on earth, we observe, the lighter-sized stones or other particles are carried by the wind and move from one place to other. The same is the scenario of asteroids in our space. This small or large rocky material rotates around the sun in the same manner.

The naming of asteroids:

International Astronomical Union is not very strict that how to name asteroids. They are named after Mr. Spock of “Star Trek” or rock musician Frank Zappa. Some are named as solemn tributes, like seven asteroids named for the crew of the Space Shuttle Columbia killed in 2003. However, it is not allowed to name an asteroid on the name of a pet.

Where do asteroids lie?

There are numerous asteroids in our solar system. There are three regions in the solar systems in which you can observe the presence of asteroids.

Mostly they lie in a region between Mars or Jupiter called an asteroid belt. There is an estimation that there are more than 200 asteroids in this belt that are larger than 600 miles in diameter. There are almost 1.1 million and 1.9 million small-sized asteroids which are only 1 km in diameter. However, it is not compulsory that what you are observing in the belt is an asteroid. There are Ceres, once they were considered as asteroids but now they are known as dwarf planets. Astronomers also observed small rocky objects with tails. These are identified as a class of objects known as “main-belt comets”.

There are many asteroids that lie outside the belt. They are Trojan asteroids and follow the same pathway around the sun as the large planets do. These are the Lagrange points where the gravitational pull of the sun and planet is balanced. According to the International Astronomical Union’s database, Jupiter has almost 10,000 Trojans. Mars has nine and Neptune has 30 asteroids.

These asteroids are present at the same distance from the sun as earth and circle it. According to NASA, these are further divided into sub-categories depending upon how they orbit around the sun as compared to the earth. Some of them are Armor asteroids which follow the same path as earth but exclusively remain between Earth and Mars. Apollo asteroids have earth-crossing orbits. It spends most of its time outside the planet’s pathway. Aten asteroids also have the same pathway but they spend most of the time inside the Earth’s orbit.

The scientist has classified NEA as the “Potentially Hazardous asteroids”. The classification does not simply pose a threat that it is going to harm planet earth. According to CNEOS, there are more than 27,000 NEA. Out of these, only 10,000 have a larger diameter than 500 feet.

Typically the average temperature of the asteroid surface is 100 degrees Fahrenheit. Also, it does not change for billions of years. They are of various forms or shapes. Diversity in size is from the size of the pebble to the size of several km.  Based upon the composition of the asteroids they are classified into three categories,

They are the most common and grey in color. Almost 75% of the known asteroids are C-type. They are present in the main belt’s outer regions and consist of clay and stony silicate rocks.

They account for 17% of the known asteroids and are greenish to reddish in color. Mostly we find them in the inner asteroid belts which are made up of silicate materials and nickel-iron.

The remaining asteroids fall in this category. They are reddish in color and dwell in the middle region of the main belt. It seems like they are made up of nickel-iron.

Where did they come from?

Our solar system is about 5.5 billion years old. It was formed by the condensation of the gases or dust particles. Those huge clouds resulted in the formation of the solar nebula. It was collapsed by the shock wave from the nearby supernova that resulted in the large explosion. As the result, we had the sun at the center and the remaining planets started orbiting the center. The center is huge, comprising 99% of the whole system. It is because most of the material fell into the center to form a large star.

During the formation of the solar system, not all the debris or gas was able to combine forming planets, stars, etc. There were some leftover particles in the form of debris in space. This leftover rocky material is known to us as asteroids. The dust particles collided forming large clumps which are called planetesimals. They were able to attract more dust particles due to the gravitational fields. Some of them grew large enough to form planets while others remain asteroids. However, there is no chance the asteroids in the asteroid belt can incorporate into the planets. They have left billions of years ago when planets were formed.

Did they bring water to the earth?

Today it seems terrible when we think about the collision of asteroids with the planets earth. It can be harmful to us. But perhaps it was the reason that we are alive today on it. Initially, the earth was dry and barren after its formation. Then the asteroids and comets collided with it to deliver water-ice and other carbon-containing molecules. There was a frequent collision that kept life alive here. After that, the solar system calmed down. The evolution resulted in deciding which species need to survive or vanish from this planet earth. Center for Near-Earth Object Studies (CNEOS) says that it is possible that the intense flux of the comets initially prevented life on earth. Then there was less intense rain of comets which brought life into being about 3.5 – 3.8 billion years ago.

Are all asteroids are alike?

There is no chance that even two asteroids can be alike. All of them are present at a different location or direction from the sun. So they can’t like it. Also, they do not orbit in a unique or organized manner as planets do. So they have irregular or jugged shapes. They also vary in size. For example, some of them are the size of small pebbles while others are hundreds of miles in diameter. Mostly they are made up the rocks but some of them have clays or metals like nickel or iron. So they vary differently in different ways.

There is no doubt in it that the asteroids formed at the same time when our solar system formed. But still, these rocks can tell us about the origin and history of the planets and sun. Some small-sized particles of the meteorites fall on the earth and we can understand the nature of asteroids by their observation. There are several NASA space missions working for reaching the asteroids ad many of them have succeeded also. For example, the NEAR Shoemaker spacecraft has landed on an asteroid that is very near to the earth known as Eros.

Another spacecraft, Dawn has traveled up to the asteroid belt in 2011. Amazingly, it orbited around it to study the giant asteroid Vesta as well as the dwarf planet Ceres. In 2016, a spacecraft was launched by NASA named as OSIRIS-Rex spacecraft. It was meant for studying the NEA named Bennu.  It studied OSIRIS-Rex for several years and scooped some of the dust and rocks from its surface. Now it is back to the earth with the sample. The container will land in the Utah desert in September 2023. Then astronomers will collect the sample to know the hidden realities about the origin.

Asteroids are celestial bodies that vary in shape, color, size, location, distance, or in rotation even. This is why they are never alike. Mostly they are confined in the asteroid belt between Mars or Jupiter. But they are also Trojans or NEAs. The solar nebula was collapsed into several parts. Many of the mass fell into the center forming the center, Sun. Other parts formed planets or stars. So the leftover mass of debris at the end which was unable to become part of any planet or stars started revolving around the sun. They are referred to as asteroids.

Our Milky Way Galaxy:
What colors to wear in winters
To Top