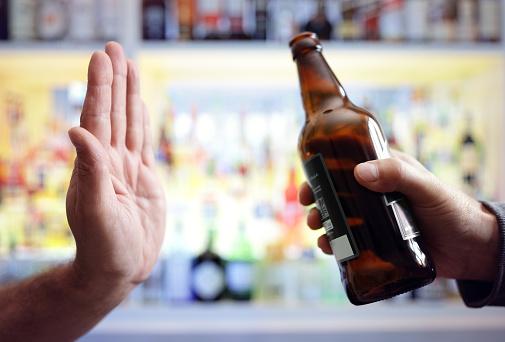 Underage drinking is common—and dangerous, both for your child now and in later years. Every day nearly 8,000 American children ages 12 to 17 take their first sips of alcohol. About 10 percent of 12-year-olds, half of the 15-year-olds, and more than 70 percent of 18-year-olds have had at least one alcoholic drink. Every year, about 5,000 people under the age of 21 die from underage drinking, mostly from car crashes and homicides.

When teens drink, they tend to binge, consuming on average five drinks at a time. Kids who start drinking alcohol before age 15 increase their risks of unsafe sexual behavior, physical injury, and fights.

Even teens who enter their 20s relatively unscathed may experience long-term consequences of early drinking. Forty percent of adults who started drinking before age 15 now have signs of alcohol dependence—four times higher risk than for adults who didn’t drink until they were at least 21.

How to help prevent your kid from underage drinking

Here are steps you can take to help prevent underage drinking in your teen or tween child:

In the year from ages 12 to 13 the number of kids who drink alcohol doubles from 10 to 20 percent. Take time to talk to your kids every day so that when important subjects arise, the conversation flows naturally, and so that you can monitor your child’s activities. Studies show children are less likely to drink when their parents are involved in their lives and when parents and kids feel close to each other.

2. Keep talking if you notice signs of underage drinking in your kid

In a new study from Pennsylvania State University, college students whose parents talked to them about alcohol during the summer before college drank less and experienced fewer alcohol-related consequences in college. Keep your tone empathetic and conversational. “Good communication involves a give and takes respect, and understanding rather than a lecture,” says study head Robert Turrisi, Ph.D., professor of biobehavioral health at Penn State. “Honesty works well. You can start by saying something like, ‘I get a little nervous when I hear about how much drinking goes on at college. I would feel better if we could talk a little bit.’”

3. Know who their friends are

New research from the University of Iowa on 14- to 17-year-olds finds that teens are three times more likely to start drinking if their best friends drink. Get to know your kids’ friends and their friends’ parents and make sure your teen’s social activities are supervised by adults you trust.

5. Set rules about alcohol use

The rules might vary from family to family, but set clear rules and be consistent about enforcing them. Make it clear to your child that the minimum legal drinking age in the United States is 21 and that they should not drink alcohol before that age. At the same time, you might want them to know that if they find themselves at an event where people are drinking, they can call you to pick them up and that their safety is what’s most important to you.

6. Learn as much as you can about alcohol and its effects on teenagers

Parents need to be knowledgeable about the topic, motivated to have conversations, and skilled in the delivery of the information for meaningful change to occur, says Dr. Turrisi. The best family approach to lower the risks of underage drinking? “Parents who communicate effectively, who are not permissive with respect to providing or letting their kids drink, who monitor their sons and daughters, and who model lower risk drinking experience.”

Parenting mistakes may lead your kid to get involved in dangerous habits like underage drinking. Therefore, working on yourself should also be your priority along with your kid.