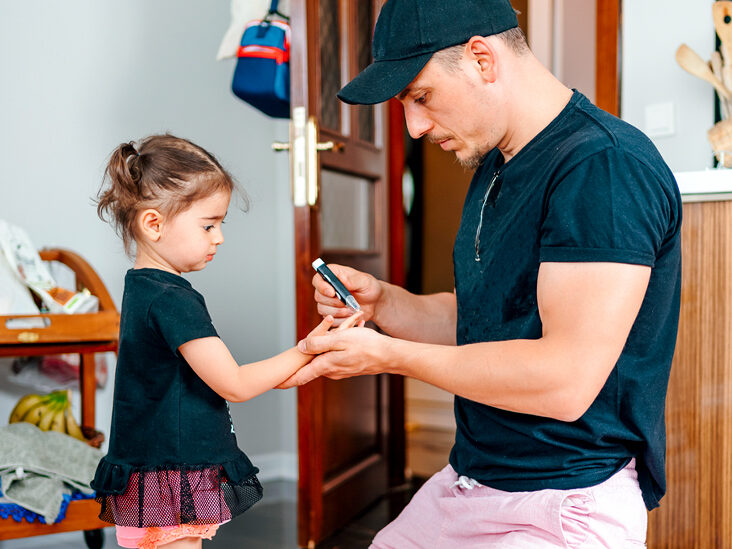 “Based on the latest results, it seems like type 2 is progressing more rapidly in children,” said Dr. Jane Chiang, senior vice president of medical affairs and community information for the American Diabetes Association. “Complications are appearing faster, and it appears to be at a more significant rate than we see in adults.”

The results are alarming, Chiang and other experts said. “If these children continue to progress this rapidly, we could see many of the consequences of type 2 diabetes at a much younger age, like kidney disease and heart disease,” she said.

The findings are from an ongoing study of treatment options for type 2 diabetes in children and teens. Researchers are using data from the same study group to assess factors related to the disease in youth, such as complications.

People with type 2 diabetes have higher than normal blood sugar levels because their body doesn’t make or properly use insulin, a hormone needed to convert food into energy. Being overweight is the most significant risk factor for type 2 diabetes, according to the American Diabetes Association. The number of U.S. children with type 2 disease — usually seen in adults over 40 — is sizable and growing, experts say.

The study included nearly 700 children with type 2 diabetes who were between 10 and 17 years old at the outset and had had the disease for eight months on average. Type 2 diabetes is rarely seen in children younger than 10, Chiang said. All the participants had a body-mass index (an estimate of body fat based on a ratio of weight to height) at or above the 85th percentile, which is considered overweight.

The children received diabetes education and were randomized to receive one of three treatments: the drug metformin, metformin plus intensive lifestyle changes or metformin plus rosiglitazone (brand name Avandia).

At the start of the study, about 12 percent of participants had high blood pressure (hypertension). Four years later, about 34 percent had high blood pressure, and the risk was highest for males and those who were heavier, according to the report, which was published online May 23 in a special issue of the journal Diabetes Care.

Initial signs of kidney disease, called microalbuminuria, almost tripled in four years — from 6.3 percent of the children to almost 17 percent, the study found.

“We really felt like we were on top of these kids as far as treatments, and they still progressed,” said Lynch, a professor of pediatrics in the division of endocrinology and diabetes at the University of Texas Health Science Center at San Antonio.

Lynch said the hormones of puberty, which cause insulin resistance, are likely a main reason for this accelerated progression. Researchers don’t know what will happen once the teens are out of puberty.

“We don’t know what the progression rates will be,” Lynch said. “But we do know that the ages for kidney transplants have been dropping.”

Prevention of type 2 diabetes in children is essential, the experts said. “We need to focus on creating good habits rather than trying to reverse bad habits,” Lynch said. “The time to start talking is during pregnancy, and it needs to continue in schools.”  Give your child the food which is low in fats & calories. encourage them to eat fruits, vegetables and whole grains. Involve them in physical activities like in sports and dance sessions.

Chiang agreed that there needs to be a huge push toward educating people about the prevention of diabetes and obesity. “Not all people will be able to prevent diabetes, but there are steps we can take in the right direction, like teaching healthy eating and the importance of physical activity,”

11 Baby Symptoms You Should Never Ignore
How Much Exercise Should Schools Schedule for Kids?
To Top