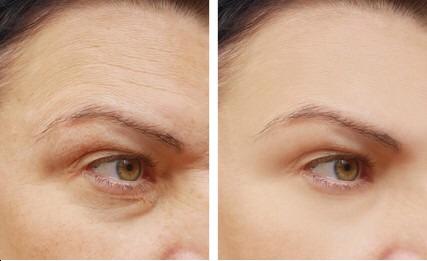 Photoaging causes skin damage which is due to elongated skin exposure in which the rays of UVB and UVA have affected the skin badly. The severe condition of this photoaging effect leads to skin cancers. Basically, the skin is comprised of three different layers such as subcutaneous tissue, epidermis, and dermis. The radiations of UV badly damages the proteins of the skin which the layer of the dermis is comprised of. This layer also responsible for smoothness, youthful appearance, and nourishment of the skin. When the skin comes at the age of premature, it rapidly develops the symptoms of aging on the skin.

The main reason of causing photoaging is the over-exposure to the sun or the exposure of Ultra-violet rays. The photons which is present in the UVB light of sun and these photons are widely absorbed through skin cells which causes cellular kind of damage in DNA and it has also caused burning in skin and the damage of direct DNA may cause the severe diseases which leads to the skin cancer. The main prominent cause of premature aging is the UVA light of sun which also cause the damage reason of cellular DNA. Basically, the effect of UVA rays causes indirectly damage to the celullar DNA. After that, the formation of triggering of free radicals occurs and these free radicals in the process of damaging the DNA is known as oxidative stress. According to the previous research, it has been observed that light rays of High Energy Visible (HEVIS) use to contribute in making the skin premature.

How the radiations of the sun affect the skin?

According to the spectrum of the sun, there are 5% of UVA and UVB light, 50% of the visible light in which High-Energy Visible Light of around 400-500 nm is also involved, and 45% of infrared light rays. The radiation of the sun can be good for us but, on the other hand, too much inhaling of the sun radiations causes skin damage in the form of sun allergies, photoaging, hyperpigmentation, and sunburn. These damages from the skin can become the major reason for DNA cellular level damaging. The UVB light rays give energy into your skin which is helpful in making the Vitamin D just because they use to stimulate the generation or production of melanin and they don’t easily travel as compared to the radiations of UVA. The UVA rays penetrate the outermost layer of the skin which is the epidermis and due to this reason, they cause the damage of sunburn which is responsible for to cause thickness of the skin temporarily. While the UVB radiations can easily absorb into the cellular DNA and can easily lead to the disease of skin cancer and actinic keratosis.

While, on the other hand, the HEVIS light use to penetrate the deepest layers of the skin and also produce free radicals which occurs a kind of oxidative stress and these free radicals are one of the major reason for photoaging in the skin just because they use to interfere with the cells of the skin and this is why the collagen breaks down and elastin occurs. These free radicals of HEVIS light rays and UVA help to interact with the skin cells in order to generate more free radicals and they are supposed to be the highly reactive molecules of oxygen which is also known as ROS (Reactive Oxygen Species). As a remedy to this problem, the human body takes antioxidants in order to neutralize the strength of these harmful free radicals without any side effects on the skin.

Symptoms and signs of photoaging over the skin:

The radiations of UltraViolet are comprised of the rays of UVB and UVA. Generally, the function of UVB rays burns the skin, while, the rays of UVA age the skin but both these rays play a vital role in damaging the skin very rapidly. The rays of the UVA have a tendency of longer wavelength and can easily penetrate the dermis layer of skin and the functionality of this ray is to damage the existing collagen which can cause the increasing effect of elastin production in the overall skin. These kinds of abnormal conditions of the skin can lead to the production of enzymes which are also known as metalloproteinases which are responsible to repair the damaged collagen. These enzymes provide more harm to the collagen by incorrectly restoring the entire skin and just because the skin exposes to the radiations of UVA on the daily routine and this process repeats, so, it results from the leathery skin and wrinkles.

The exposure of UVA radiations also generates the fine lines around the eye forehead, mouth, and also, the age spots occur which are known as liver spots. An age spot is a kind of pigmentation that happens due to sun exposure and these spots can not only appear on the whole face but also on the rest of the body in which the back, arm, chest, and hands are included.

There are many factors that affect the influence of the radiations of the sun such as, climate, geographical location, time of the day, and season. The time duration we use to spend in the sun and how the sun radiations affect our skin with respect to negativity is all determined on the behalf of these factors. While, on the other hand, skin use to react in several different ways to the sun regarding type, tone, condition, age, and location. The pale skin can become more prone to sunburn, the skin of children and the mature skin is thinner and more fragile type as compared to the other skin at different ages, some selected areas of the skin are more exposed to the sun such as the face, hands, and arms, whereas, the oily and acne-prone skin has several different kinds of sun protection and the sun rays can easily trigger the sun allergies and those people who had a laser treatment which use to find that their skin is more sympathetic and sensitive to the sun.

Effects of UVR on skin tissues and cells:

The Ultra Violet Radiations (UVR) is more effective of three to four orders of magnitude as compared to UVA. The people who are not aware of the ability to tan, who easily burn their skins from UV light of the sun, and have a light hair color are highly affected of developing the risk of melanoma, squamous cell carcinomas, and basal cell respectively. The damaging of the skin cells repairs by two kind of mechanisms in which base excision repair (BER) and the nucleotide excision repair (NER) are involved and the damage of the ROS induced DNA use to repair from the system of BER, while, the damage which causes due to influence on UVR on the DNA used to repair from the system of NER.

The damage of the DNA which is influenced by the radiations of the UVA is comprised of single-strand breaks and the pyrimidine dimmers and the single-strand breaks are basically supposed to be critical in the cellular lethality of the induced radiations of UVA. In addition to this, ROS can easily oxidize the feature of guanine in the cellular of DNA for the purpose of generating 8-dihydroguanine  and 8-hydroxy-7 and the respective frequencies of these kinds of mutation characteristics play a vital role in order to increase the cumulative sun exposure.

How the skin could be protected from photoaging?

One of the short and smart remedies, in order to protect the skin from photo-aging, is to restrict the sun exposure rays. Always wear protective and covered clothing, so that, the radiations of UVA and UVB can not drop onto the skin. Another suitable and essential solution for protecting the skin from sun radiations is to apply the sun protector when you will go outside the home for some purpose. Just because the arms, hands, and face are more exposed to the sun due to the reason of uncovering, make sure that apply some extra protected products over those specific areas. Until and unless, if you are facing any kind of sunburn and signs and symptoms of photoaging, then, don’t forget to take a visit to the best dermatologist and take some guidance along with medical treatment over how to make my skin protective from the radiations of UVA and UVB.

There are some additional advice in order to protect your skin from the sun: