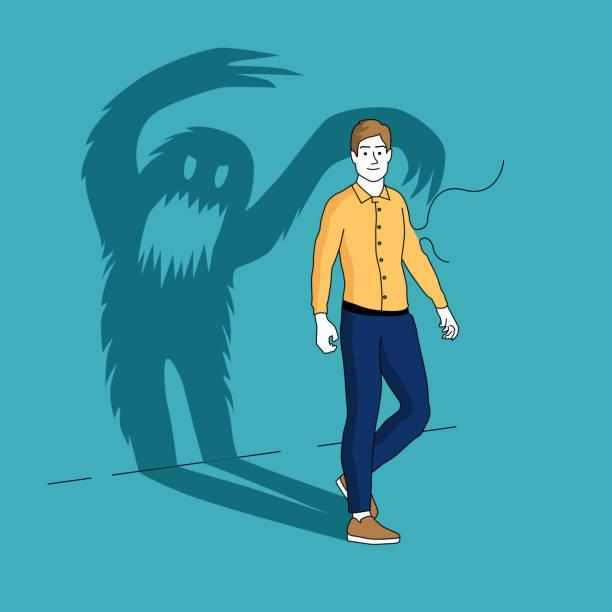 Have you ever encountered a situation where someone passed an offensive comment about you as a joke and you stayed quiet and said: “Yeah, I  am okay with that! or, “No problem at all.” But later on, you start avoiding that person. This type of behavior is called passive-aggressive behavior.

When you are bothered by someone’s behavior towards you but you stay quiet or you suppress your emotions.

In passive aggressiveness, a person is unable to share his negative feelings and shows indirect aggression in various forms like gaslighting, backbiting, sarcasm, or avoiding that person.

There are various reasons why people show passive-aggressiveness, it may be due to the reason that they were told to shut down their mouth during childhood, or their emotions were suppressed. They have fear rejection and they have a mindset that expressing emotions will lead to conflict, fight or worsen their relationship with that person.

Let us consider an example: Sarah’s sister shouted at her for not doing the pending task, and Sarah stood still without uttering a word and moved away from her.  Later on, Sarah made tea for all except her sister. This type of response is passive aggression.  Sarah avoided explaining herself to her sister,  to avoid conflict, or maybe she has fear of feeling rejected.

Most people who show passive aggression, whenever they encounter conflict or get entangled in a difficult situation, don’t say a word and punish the other person by staying quiet.

They don’t know how to communicate with them after a troublesome situation and they think the best way is to stay quiet. They do this to avoid saying things in aggression they would regret later.

Another way to show passive aggression is sarcasm.  When you don’t have the confidence and guts to tell other person how you felt the last time they attacked you emotionally. So next time, you send hidden messages. You thrash them by using harsh words or using offensive words and later on saying it was a joke.

There’s another example when your classmate got mad at you, but to avoid the offensive environment in the class, you played a safe game of staying quiet. Later on, you put a long status on your Whatsapp to express your anger and frustration and how mad you are at them.  And doing all this without nominating them, you are apparently happy and showing that you are okay, but inside you are not.

Backbiting that person in your friend circle  ( who is unable to prehend the situation and can make false perceptions, hence making it more difficult) is another way to show passive aggression. This indicates that you’re actually getting offensive and their behavior was not acceptable for you. When you meet them, you are apparently okay and greet them in a good way because you fear that expressing your emotions will put your relationship at risk. Something is pricking you about them but you have societal fears, fear of rejection, and insecurity.

Let’s consider another example where your mother got mad at you for not changing your dress after school( when you have a genuine reason for that, maybe you have fatigue after a hectic day), but instead of vocalizing and expressing your emotions at that time, you later refused to eat a meal and ignored your mother for the whole day.

In this type of aggression, you show in your action that you are hurt and you delay tasks and put off things to punish others so they can sense something is going wrong.

How to deal with passive aggressive behavior?

Are you having any of these signs of passive-aggressiveness?

There’s nothing wrong with being passive-aggressive, it can become worse if you don’t recognize it. Don’t feel bad or hate yourself for having these signs?  As a person, you are loveable, you only need to work on dealing with passive aggression.  This is not a big issue, no one is perfect, it’s okay if you have flaws. This issue can be resolved if you work on this with strong willpower and commitment.

Start paying attention to your feelings, don’t ignore your feelings if you’re feeling offended or hurt by someone’s rude tone or offensive behavior. Recognize yourself and tell yourself that this thing is bothering me, instead of suppressing your emotions. When you suppress your emotions, your mind gets into a state of confusion, and cannot recognize what is going on. You show procrastination in the daily activities that you are supposed to do.

Many people don’t even realize that they are Passive Aggressive.

People who show passive-aggression usually want to avoid conflict and fear of rejection prevents them from openly expressing their feelings. They don’t want to get offended as it will worsen the situation and they want to express their feelings but could not.

So the best way is to talk and converse with those whose attitude was rude or unacceptable. Be open and assertive and express your feelings.

You might have a fear that if you open up, it will break your relationship with that friend or partner, communicate and show up. Take care of your tone, don’t shout as it will stimulate the other person to use offensive language. Staying quiet is also not the solution, because doing this you both will suffer. Say that it’s not going to work this way, or can we talk about the last fight we have? And speak up,  and tell them you’re crossing your limit and I don’t deserve to be treated this way. Suggest and state your boundaries to them, that you cannot allow them in your life if they cross boundaries.

People who show passive-aggressiveness are struggling with low self-esteem and insecurity. If you have friends or other family members who are having signs of passive aggressiveness, you can share it with them to help them come out of it.