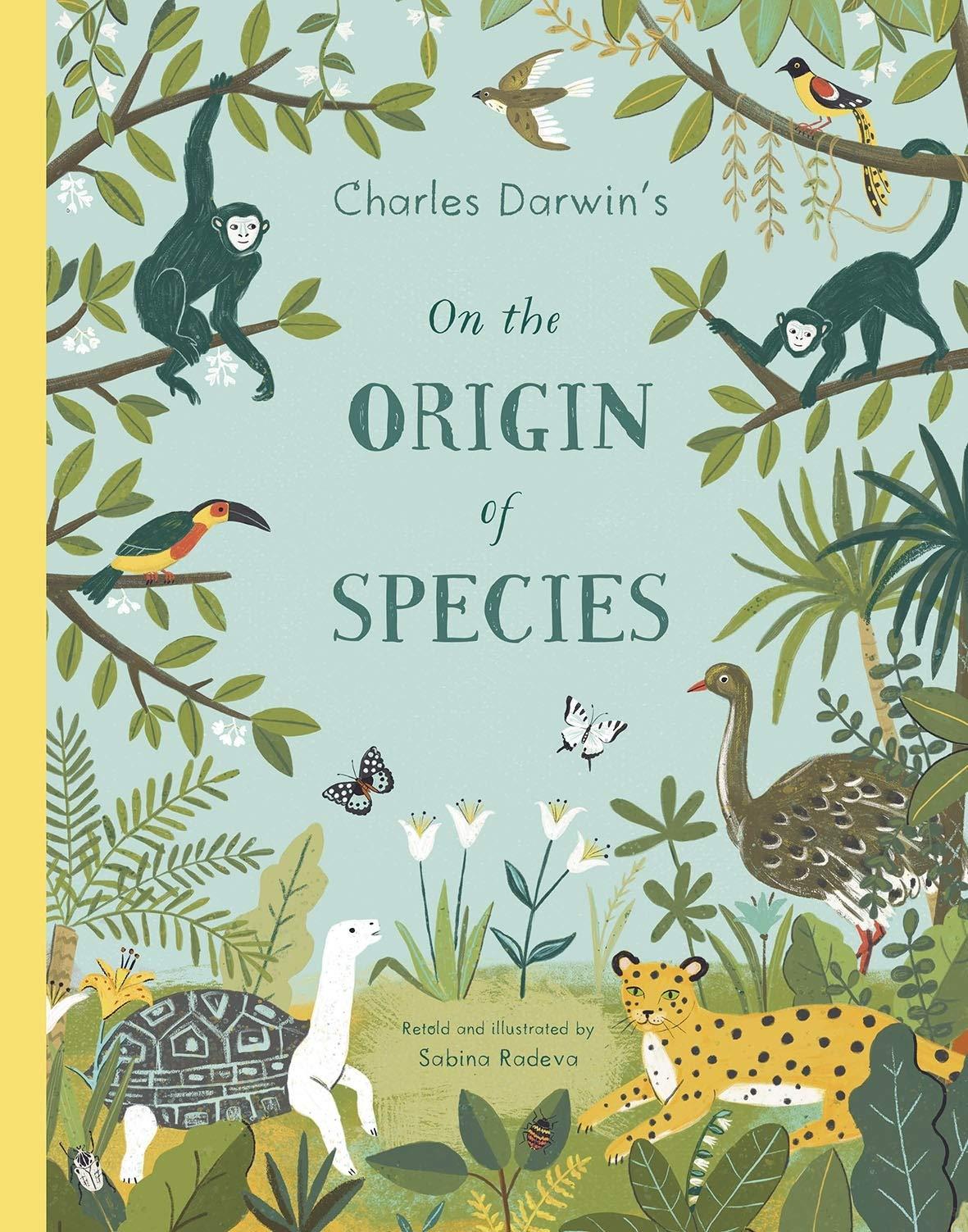 Charles Darwin is well known because of his great contribution to explaining human evolution. He presented different ideas and theories such as “Survival of fittest”, “Natural selection”, “Battle for survival”, etc. All of these notions completely changed the world’s perspective about life. He used to draw a tree whose branches and side branches are arising from a common root. There is a common ancestor and twigs or branches go on expanding unless the one who is capable enough to fight with the scarcities will survive at the end. His well-known book “On the origin of species” explains it in depth. We will discuss a short summary of the book to illustrate the main concept.

He starts with erasing a common misconception in which people believe that humans evolved from primates (chimpanzees, gorillas, monkeys, etc.). He says we have a common ancestor and all of these life forms are descended from a common root. So the picture in which you see primates having erect posture and with time forms human at the end is not a correct illustration of the evolution.

He points out another common misconception that people believe. They think that evolution is going to form the perfect form of species in the end. But it is not true. It is always a battle for the survival of the fittest. All those traits are best for survival or not, it depends upon the environment. For example, being intellectual is a good trait but then it makes you vulnerable to many mental disorders such as depression, anxiety, etc. So in this case being unconscious is actually helping you to survive.

He used the example of domesticated plants and animals to elaborate the concept of natural selection which is for the sake of evolution.

Animals and their breeds:

Darwin pointed to examples of domesticated animals and different breeds to understand the notion. He says that evolution happens sometimes consciously and many times unconsciously. It occurs with humans’ influence without humans even realizing it. The process of natural selection is not observable because it is very slow. He coats examples of animal breeds such as German shepherd, Labrador, etc. All of these breeds are produced by the humans as they desired to do.

There were pre-genetic markers to whom we selected to form the desired organism. This is happening consciously here. But what’s about domesticated cattle. With time they have evolved enough to provide us better milk and muscles to which we consume. There are many animal breeds that exist naturally. So it works in both manners where the target is to achieve best according to the environment rather than getting perfect with time. It is because evolution is an ongoing process.

Use of natural selection by gardeners:

We like to eat the best variety of strawberries. For this purpose gardeners select the best quality seedlings from their garden and sow them for further propagation. The best quality fruit that we are consuming for 30-40 years is the result of natural selection, pioneered by farmers. In the same way, you go to the flower shop and buy the best blossom, they all are selected by the gardeners for the progress of their business and fulfilling the public’s demand. Obviously, they are doing it for getting benefits but it will continue the ongoing process of natural selection.

He explains the concept of a “battle for survival”. All individuals are interconnected and there is a complexity of life. It is not easy to observe like we sit on a chair and think how it is going on. It takes times and most of the times it is just happening and we are unable to mark it.

Single species produce a number of individuals. But all of them are unable to survive. There is a battle for survival among species in order to overcome the scarcity of resources. The one who can fight best will excel and other will be discarded from the race. It is just similar to the example of domesticated plants. The one which is a much better variety is going to replace the less desired variety. The selected genetic traits are then passed on to the future generation for further propagation.

If species have descended from other species by insensibly fine gradations, why do we not everywhere see innumerable transitional forms?

Darwin addressed it by pointing to the word “specie”. Specie is the group of population that can interbreed among themselves to produce offspring. We have seen variations in species such as in weight, height, color etc. Negros is black in colors and British population is white. But still we all belong to the same specie group and a healthy male and female can interbreed to produce offspring.

When two group of population separates from one another, the natural selection selects specific traits for the particular group which is very unique to the environment. Now if both groups of the same specie live apart for a long time in very different living conditions, two very distinct species will emerge. Transitional species between two groups may not exist. They will only share a common ancestor.

The idea that the specie transition is in a circular manner where one species converts into another is very bogus. Rather the representation of species in a tree form is clear. Several species originate from a common ancestor where some of the branches are missing. There is no complete fossil record of the species. Darwin believes that the missing links between species do exists.

Can we believe that natural selection could produce organs of such wonderful structure, as the eye, of which we hardly as yet fully understand the inimitable perfections?

Darwin addressed it in a way that if scientists have discovered the several gradations of the eye, each gradation is equally important to the particular specie at its level. The modern scientists have successfully identified several stages of the complexity of the eyes. Imagine the single celled eye of a microscopic organism to the complex eye of the human. All comes under gradation from simple to complex.

How do we explain that animals evolved over time, Charles Darwin answered this question in his book “On the origin of species”. He proposed the mechanism of the evolutionary changings within organisms. He named it natural selection. His key argument, the environmental pressure decides how are individual looks like, how they behave and why they survive. Specie usually evolves over thousands of years but occasionally the rapidly changing environment give us clue of evolution. There is a struggle for existence among specie for space or food.

Evidence of evolution:
Challenges of life on Mars and its possible solutions:
To Top