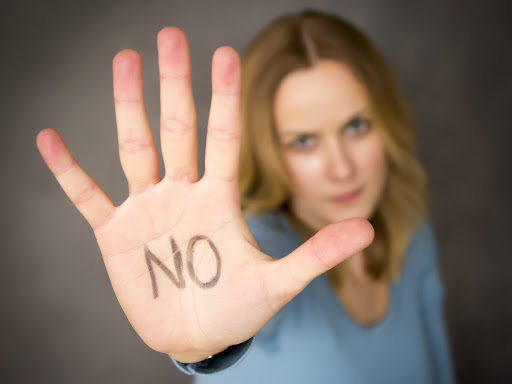 Moments when you feel hard saying no to someone face.

Aren’t you tired of saying YES a lot when you actually mean to say NO. We are so used to saying yes and pleasing others that we don’t even know what we actually want, or what actually makes us happy and content . But if you are so much gear up with other people’s requests that you don’t have time for what really matters to you, your mental health is in danger.  Now, is the time to make a change!

Now, take a deep breath and get angry at yourself for saying NO to a lot of things that have wasted your time and money.  How many people’s company you’ve accepted to be with when you don’t want their presence Above all your energy that could have been consumed on something worth living for yourself. How many weddings have you been to that you didn’t really want to attend? With how many people you’ve had a party with when you don’t want their company? Why?

STOP PLEASING PEOPLE BY GETTING YOURSELF INTO TROUBLE!

Difficulties in Saying No:

More Often people share their key beliefs with others. These include:  Nice people do things for others – to say NO would be rude and selfish. They are on higher posts than me, so it’s impossible to say NO. Why say no to elders  – it’s wrong and pretty rude.They are more important than me, so I can’t refuse – if I say NO they will be hurt, angry, or offended and they won’t like me anymore  – oh i can’t take that risk. If you hold these beliefs and are overwhelmed you need to challenge yourself today and demolish your beliefs.

Improvise the style of saying no:

However, the first time saying NO is the hardest. First of all you need to learn how to recognize the tone of request.  Whereas the nature of responses should be dependent on the nature of request. No one is going to say “NO” all the time. You should learn the tactics of saying “NO” in different situations depending on different styles.  Very often, the style of your response becomes dependent on the way you are asked to do something .

You should refuse to be taken for granted. And learn the art of explaining yourself to others. Learn to take care of your own priorities. You don’t need to justify or explain yourself all the time. Despite knowing the fact that people won’t appreciate you enough you don’t have to run towards them to help. Always be assertive and never be aggressive.

Cherish Life By Being Straight Forward:

“When you give in to temptations, you become a slave to your impulses.”

Life is a balancing act where expression of your feelings and opinionated thoughts is necessary. To stay happy, don’t be stressed up and avoid wasting time your opinion must be assertive and clear enough to get cherished in your life. Be straightforward enough to know how valuable you are and how precious your time is. However, you don’t have to be hard on your relationships and tough on your nature.

Just learn to express yourself and align your priorities where the opinion of others and working for others is not compulsory. When you say no, realize that you have nothing to feel bad about. You have every right to ensure you have time for the things that are important to you.

Never lie about yourself to others as lying leads to guilt later and your conscience won’t be satisfied. Remember this is what you need the most in your contented life. Selfworth does not depend upon how much you do for others. Directly say whatever is the demand of the situation. Always be polite while saying “no”. Don’t ever prolong your decision if you’re not willing to do what you’re asked for  such as maybe later I’ll do it.

Learning to say “no” will produce a positive impact on you. You will never feel trapped, resentful, or guilty anymore. Instead, you feel empowered and free.

How to Say No:

Always be polite, honest and brief while saying NO. There is no question in being bold and arrogant in nature while saying no. The world of advancement needs modernized solutions where one has to learn their mileage is going to vary. But if you feel overcommitted, no is a small word that can remind you how much control you have over your destiny.

“Live your life for you not for anyone else. Don’t let the fear of being judged, rejected or disliked stop you from being yourself”

Will we have Covid-19 Vaccine In 2021?
“A Selfie a Day, Keep Insecurities Away”: Selfie Addiction
To Top