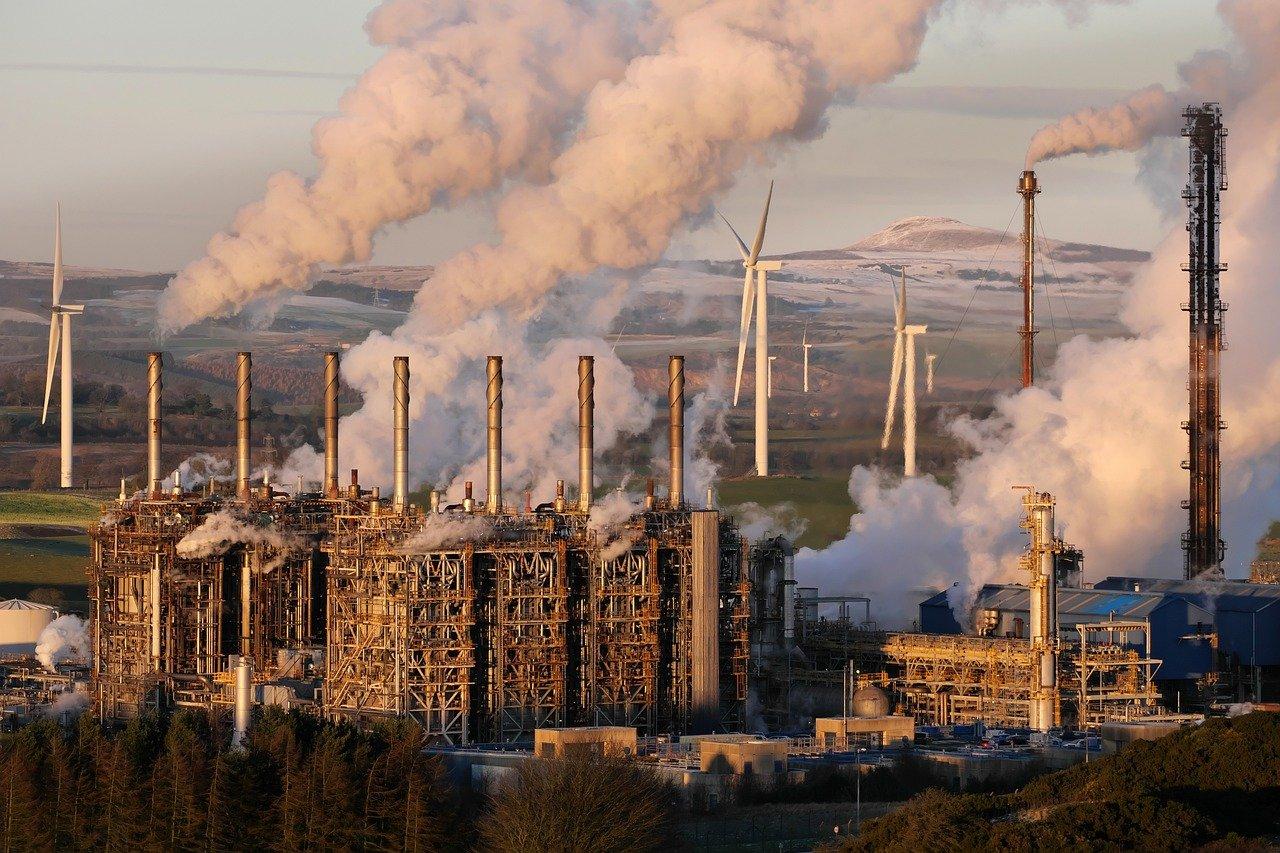 Air pollution is any chemical, physical, or biological factor that contaminates the indoor or outdoor environment and alters the natural properties of the atmosphere.

Percentages Of Different Gases in Air

Air is not a single thing but it is the mixture of many gasses and in today’s age we may say it is a mixture of many pollutants. The air consists of Nitrogen (76 percent), oxygen (22 percent), carbon dioxide, and a few other gases that make up clean air. When dangerous elements are released into the air, they can impair people’s health as well as the environment, buildings, and soil. Subsequently, they cause the ozone layer to become thinner and thinner, resulting in global warming and climate change. Our modern way of living has resulted in dirtier air all around the world.

Air pollution as we know it now began in Europe throughout the 19th century with the Industrial Revolution. It has become a major environmental issue in the previous few decades. Many factors contribute to air pollution, Here is the list of some major causes of Air Pollution:

Some Major Pollutants And Where They Come From

There are many air pollutants that are causing air pollution and are very dangerous for the environment some of them are as follows:

It is a colorless gas that is set free when wood, petrol, or coal are not completely burned. It is also in products like cigarettes. Because of it, less oxygen enters our blood and it makes us confused and sleepy.

It is a greenhouse gas that gets into the atmosphere when we burn coal, oil, or wood.

These are gases that come from air-conditioning systems or refrigerators. When they get into the air they rise high into the atmosphere (about 20—50 km above the earth’s surface). There, they get into contact with other gases and destroy the ozone layer. We need the ozone layer because it protects us from the sun’s ultraviolet rays.

It is in petrol, paint, batteries, and other products. It is very dangerous if it gets into our bodies. In some cases, it can even cause cancer. Lead is the lethal cause of air pollution and ozone destruction.
We are familiar with two types of ozone Natural ozone is found in the upper reaches of our atmosphere, but people also make ozone on the ground. Ground ozone is caused by traffic and industry. It is particularly hazardous to children and the elderly. It exhausts them, and doctors advise against going outside when there is too much ozone in the air.

Some Other Factors Contributing In Air Pollution

Smog and acid rain are both caused by nitrogen oxide. It is created when fossil fuels such as coal and oil are burned. It can cause breathing problems in children, especially when they walk outside in the cold. When coal is burned in power plants, sulfur dioxide is released into the atmosphere. Sulfur dioxide is also produced by paper mills and other chemical companies. This can lead to lung diseases.

What Is Acid Rain?

Acid rain is another consequence of air pollution. It occurs when sulfur dioxide and nitrogen oxide are released into the atmosphere. When it rains, the water that falls on us contains these hazardous compounds. Volcanic eruptions can potentially create acid rain. Poisonous gases are ejected high into the atmosphere by volcanoes. Forests, lakes, and soil are all destroyed as a result of acid rain. Over the years, many lakes and rivers have been poisoned, and several fish species have vanished. Acid rain causes buildings to corrode as well. Pollutants can travel for a long time in the air before reaching the ground. As a result, determining the source of hazardous contaminants might be difficult at times. Acid rain wreaks havoc on forests and waterways.

Smog is a mixture of smoke and fog. It happens when gases from burned fuel combine with fog on the ground. When heat and sunlight interact with these gases, fine, dangerous particles form in the air.
Smog occurs in densely populated cities with a high volume of traffic. Smog settles near the ground, especially in the summer when it is extremely hot. It is hazardous to our health, and we can’t see very well in smog-filled areas.

Smog was first discovered in the United Kingdom in the nineteenth century, at the start of the Industrial Revolution. People used coal for heating and cooking at the time. Coal was also used in the production of iron and steel in factories. The smoke combined with wet, foggy air to turn yellow.
The smog frequently lasted over cities for several days. It resulted in lung diseases and breathing difficulties. Every year, thousands of people are killed. However, much has been done to reduce smog. Factories burn coal that contains little sulfur. And today’s automobiles are much cleaner. On smog days, cars aren’t even allowed to drive in some cities.

How Can We Get Rid Of Air Pollution?

Cleaning our air is a difficult but not impossible task. Other forms of energy, such as solar energy, wind energy, or tidal energy, could be used to reduce pollution. Cities such as London have demonstrated that improved air quality can be achieved in a relatively short period Individuals, We can help to clean the air around us by opting for some of the following environment-friendly options.

What is the volcanic eruption?
Stress: Facts About Stress
To Top