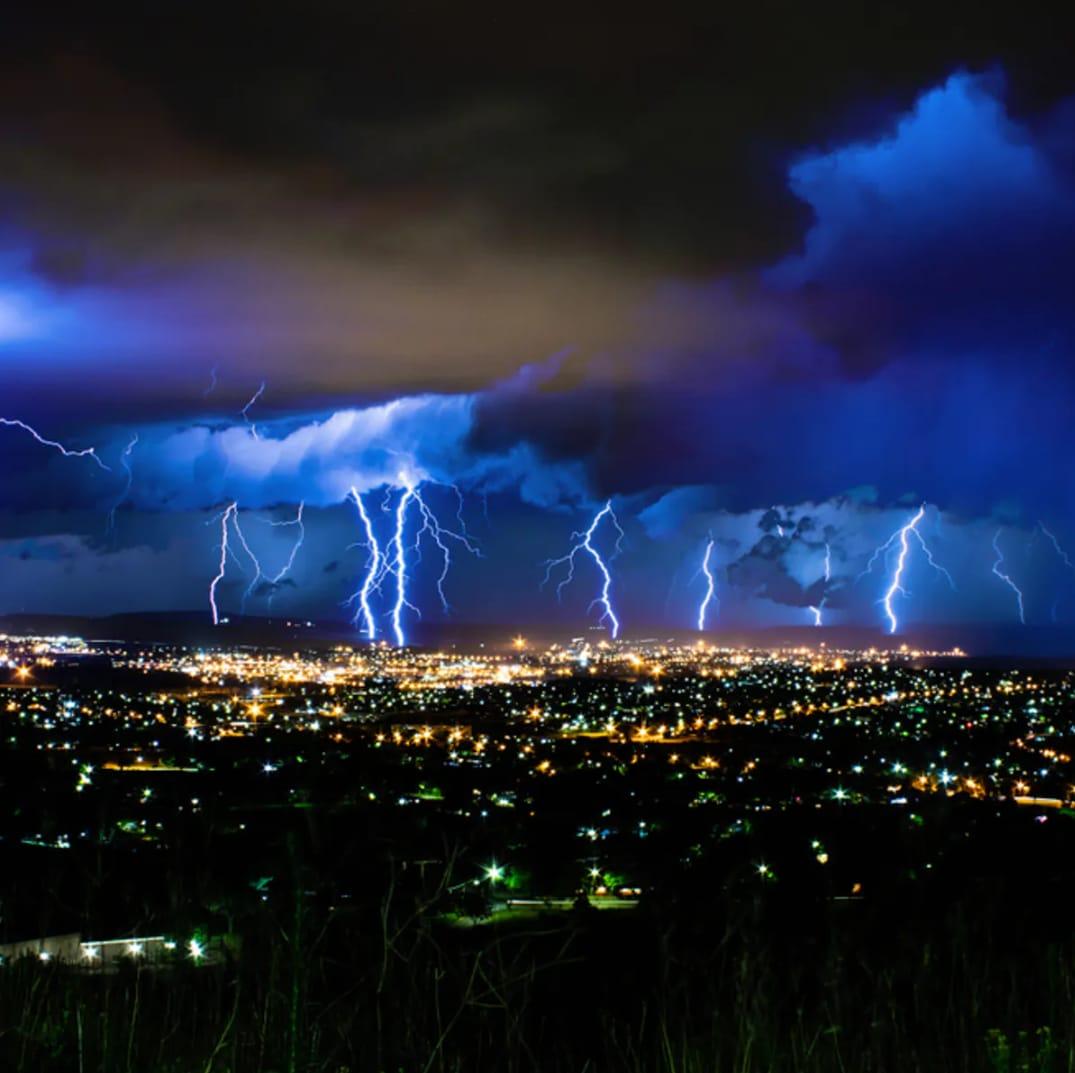 I know all of you are afraid of the thundering. No matter how much you constrict yourself behind the walls, still, the intensity seems like it will take you wholly. Lightening far away in your backyard imparts a glow in your room that makes you frightened. And especially if you are unaware of the facts, you will remain suspicious that it is going to fall on you. However, we have also seen many incidences in which light fell on a tall building and burnt all electronic stuff residing in it. Sometimes it falls on humans or animals who are outside during.

There are also some of the discourses that we have listened such as don’t go outside if it’s lightning and you are wearing black color. Many people start hiding their black clothes or don’t go near the metal surface. The entire incidence together with the intensified observation of thundering makes you curious about many things. Like what it is and what causes lightning or thundering? You also think that is it dangerous for you or it’s quite normal and will not harm you if you take some of the precautions. In this article, we will have a detailed discussion and some of the possible outcomes that we can experience as the result.

There must be something shuffling in the clouds to cause the outcome. Maybe you wonder like? But you still come back on the same puzzle that what is this “something”? If you dare to observe, you will a lot of turbulence in the sky when the weather it’s raining. Sometimes it rains smooth and then the heavy wind blows that come with a violent sound of thundering. And ultimately lightning shines everywhere and you surmise like daylight.

It is highly complicated than that of description even. The water droplets that are present at the bottom of the clouds are lifted upward due to the heavy uplift of the stormy wind. These droplets get freeze due to the low temperature at the height. Now again these frozen droplets come downward with where it meets the water droplets going upward. The lower droplets are negatively charged and the upper frozen droplets are positively charged. There is a phenomenon of attraction between opposite particles.

A strong electric field is established which will defiantly harm the one who will come face it. But still, it’s contrary to our observation? We have seen rare cases in which light falls. So how does it remain controlled? Here atmosphere acts as an insulator between electric fields and clouds. And when the electric field becomes strong enough to overcome the insulation then lightning happens.

How does it strike at a particular place?

Now the extra charges have to release for reducing the burden. The release may occur between clouds or inside the clouds at first hand. But it will also reach the ground if the intensity is too high. And this is what matters for us because it’s where we are residing. The storm is negatively charged so it will attract any object on the ground which is positively charged. For example, the positive charge in the tall tree will gather upward to combine with the negative charges of the storm. It may also be a house, building, metal ladder, telephone poles, etc. A negatively charged leader strikes the positively charged object. Although the phenomenon is very fast to observe with the human eye lightning animation can clear the view exactly. The positive charge from the ground is a known streamer that goes up to meet.

The most common phenomenon is the cloud to ground lightning. It strikes the earth’s surface about 100 every single second. Also, its power is extraordinary. In every bolt, if lightning there is almost one billion volts of electricity.

There is a typical light-to-ground lightning bolt. It begins when a step-like series of negative charges called the stepped leader races down from the bottom of clouds towards the earth. The channel is at about 200,000 mph (300, 000 Kph). Every segment is almost 150 feet (46 meters) lengthy.

When the lower step reaches the height of 150 feet it meets with the lower streamer which is raised from a tall building. Some other types are those that do not leave the clouds but travel between or inside the clouds or reduce the charged burden. There are some of the rare forms in which that cause extreme forest fires, snowstorms, and volcanic eruptions. Almost 1 out of 20 cloud-to-ground lightning bolts are positively charged. It is more destructive and stronger. It stretches across the sky and strikes “out of Blue”.

The impact of a lightning strikes on humans:

The whole scenario is not only for observation to understand the complex phenomenon of nature. Rather it is quite frightening. There are almost 2,000 people who die every year due to light strikes. Hundred or more people also face it but they survive with many symptoms such as weakness, memory loss, dizziness, numbness, and many other life-threatening outcomes. It may also cause a severe burn or cardiac arrest. But in this case, 9/10 people survive. In America, there are 1 in 5,000 chances of being struck by the lightning throughout life.

Impact of lightening on plants and other objects:

As we know that the lightening air has a high temperature which is even five times more than the earth’s surface. So if it falls on the tree it will vaporize all the water inside the plant. As the result, the stream will blow up.

The moving car in a thundering storm is a golden opportunity for a strike but not as we consider. The tires of the car can conduct the current just replica to the metal frames. It can damage the whole electronic system of the car, leaving behind the car inoperable.

The same is with the houses or buildings where metal rods ate used in their construction. The metal can attract the negative storm of lightning. As the result, the whole building may be destroyed in which all the electronics inside it will be burnt. However, if there is non-conducting material in the building such as paper, wood, etc. then it will not be affected by the strike and you can easily collect it after the incidence. This is the reason that in Muslim countries if a mosque is struck by the light the whole building is destroyed but the Quranic script remains untouched. It is because it did not conduct the electric charges for causing expulsion.

This is not the whole story of your observation. What makes you more frightened is the loud and violent voice. It is a sound that is deep and resounding.  The heavy electric field causes an increase in the temperature in the surrounding air at a high level. The temperature rises up to 54, 000 F (30, 000 C). It is five times more than the temperature of the surface of the sun. So there is an explosion or expansion. Then air contracts to cool down suddenly. As the result, you listen to the sound of CRACK at first and follow the sound of rumbles as the air column continues to vibrate.

Sky observation of thundering and lightening:

Precautions to stay safe in a lightning storm:

Now you are able enough to understand the reality rather than just relying on the experience and views. So there are some of the important rules to whom you can follow for your safety especially when you are afraid of the scenario.

The positively charged upper frozen water droplets collide with the negatively charged lower droplets at the bottom of the cloud to cause lightning. A heavy electric field is created whose temperature is five times more than the temperature of the earth’s surface. A heavy explosion occurs to cause thundering. As the speed of light is more than the speed of sound lightning comes first. The light striking can impact plants, animals, and other metal objects that can conduct electricity. However, you can follow some of the safety measures to avoid damage.