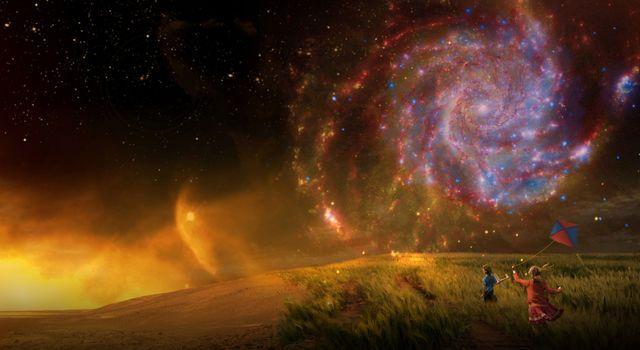 For thousands of years, humans have gazed up at the night sky in awe, contemplating the possibility that there could be alien life out there. Even though we’ve never discovered definitive proof of extraterrestrial life. Many respected scientists still think it’s possible that life exists elsewhere in our solar system and beyond. But what about here on Earth? Could there be undiscovered species somewhere? Here are some fascinating facts you may not know about extraterrestrial life right here on Earth!

What is extraterrestrial life on earth?

Numerous types of bacteria and other microbes exist not only on Earth but throughout our solar system. In fact, life is believed to exist below the surface of Mars and Jupiter’s moon Europa as well. It might even be possible that a galaxy far, far away could host life as well. That possibility has led some people to wonder: Are we alone?

Although much remains unknown about extraterrestrial life here on Earth, scientists have discovered many strange creatures over the years. For example, a mysterious bacteria found in Mono Lake is capable of living without oxygen; researchers speculate that it may be evidence of life from space brought to earth billions of years ago. No conclusive evidence for extraterrestrial life exists yet; however, scientists are continually searching for clues that could prove otherwise.

The probability of there being life on other planets

When considering probability, it’s easy to get caught up in arguments about whether we’re alone or not. The odds of us being alone have been wildly speculated. Itsranging from a one percent chance, all the way up to an 80% likelihood that we’re not alone out there. The truth is that nobody knows for sure, but there are plenty of people with educated guesses.

On one end of the spectrum, a lot of scientists argue that life on other planets isn’t likely at all. Because ours would be such a freak occurrence. Our planet formed at just the right time, with just enough distance from our sun and with just enough solid mass to capture most of its light and heat and provide a livable environment.

What happens if there is extraterrestrial life

Extra-terrestrials visiting Earth may be friendly, but what if we find a life that is not quite so benevolent? Stephen Hawking has warned that alien life could spell doom for mankind. The renowned physicist claims that our planet could become a target for invasion if aliens discover we are on it. If aliens visit us, the outcome would be much as when Columbus landed in America. It didn’t turn out well for the Native Americans, he said.

And astronomers have warned that extra-terrestrials may even attack us. It is because they see us as nothing more than an advanced ape species. And would view our planets as ripe for conquest and colonization. Just like Europeans viewed areas of Africa or Asia during colonial times.

The most commonly proposed type of ET looks a lot like us, but with a few changes. For example, they may have heads that are bigger than their bodies or three eyes. They might be green and slimy or wizened and wrinkled. They might even be invisible! Because there are so many ways to conceive of life outside our planet, it’s extremely difficult to tell if something is extraterrestrial at first glance.

If you come across a strange object floating through space, it could easily end up being some kind of space junk (or space junk as we call it) that coincidentally resembles a space alien out for an intergalactic walkabout.

Have aliens already visited us?

Some experts argue that extraterrestrials are already among us and have been for centuries, but if aliens have ever visited us, they haven’t done so in any obvious way. NASA’s Curiosity rover recently drilled into a Martian rock and found organic molecules — not exactly evidence of life, but possible ingredients for it. Still, scientists say that even with billions of planets to choose from, there may not be any life out there at all.

A recent study suggests that any planet similar to Earth is likely to have a few rocky planets orbiting at just the right distance from their star (which is a much bigger challenge than previously thought). Even if we do find other living beings out there someday, they might look quite different from us or be completely unrecognizable as such.

Why extraterrestrial life may not be seen as entirely alien

While we may not recognize other life forms as life forms that live here on Earth, it’s possible that they would be quite different. We don’t even know how many types of organisms exist on our own planet — scientists estimate somewhere between 5 and 100 million species.

Scientists speculate there could be as many as 20 billion planets in our galaxy alone! This means there’s a very good chance that alien life exists because there are plenty of places where it could survive. And don’t forget: Water is pretty much a requirement for any type of known life form to exist, so we can rule out most desert planets off the bat.

NASA’s theory of how Earth was formed

One leading theory is that Earth was formed by collisions between objects floating through space. It was those impacts, according to NASA, that smashed atoms together to make matter. The swirling disk of dust and gas became a star, our Sun, and planets, including our own Earth.

This theory suggests that Earth formed when an object about four times larger than Mars collided with what is now our planet. Although scientists don’t know how many large objects were orbiting around at that time (there could have been hundreds or thousands), they do believe they all merged together to create one very large object – which is thought to be our planet.

Could they be here now?

The history of life on Earth is rife with creatures that are long extinct. But what if they’re not all gone? Some scientists believe it’s possible that aliens could still be hanging around today, having chosen to live underground or underwater or even right among us, hiding in plain sight.

This would go a long way toward explaining why we haven’t been able to detect any extraterrestrials—there have been no transmissions coming from ETs who want to contact us. But if those aliens do exist, how will we ever know for sure? For now, mankind must rely on speculation—and a little faith.

Astronomers and biologists continue to search for a definitive answer to whether or not extraterrestrial life exists outside of our planet. In a recent press conference, NASA’s chief scientist Ellen Stofan stated, Are we alone? Maybe someday we will know. But what exactly do scientists mean when they ask if there is extraterrestrial life in outer space?

After all, it is possible that aliens exist on planets within our own solar system; they could even be living on Mars right now! Perhaps more likely, though, is that alien life exists elsewhere in our galaxy or beyond it. Astronomers believe that there are billions of planets within the Milky Way and many more galaxies beyond it.

What is Connectionism?
What is Marxism?
To Top