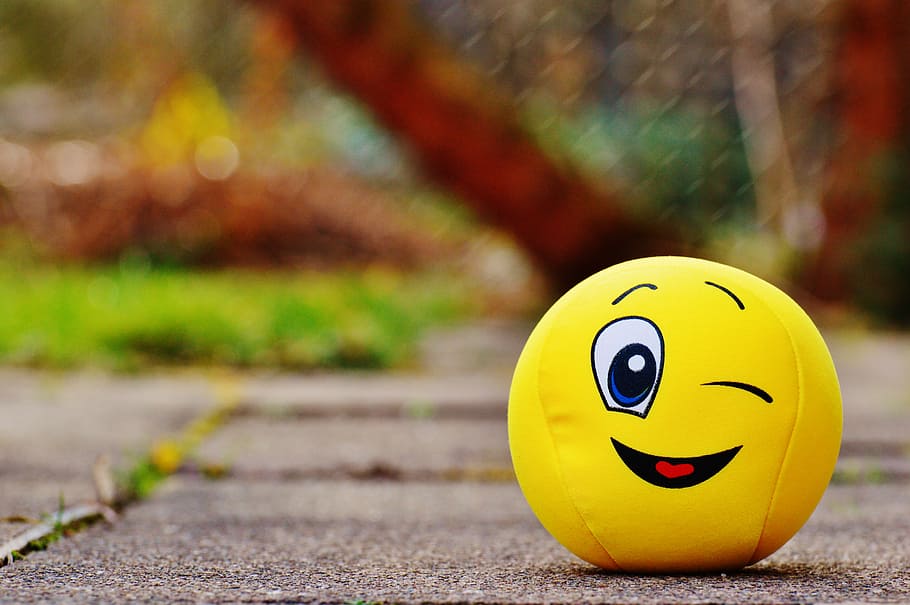 The status of English as a global language may be coming to its end. It is predicted that may be in near future English would be replaced by small icons-smiley faces ??, winking eyes ?, heart of different shapes and colors ❤️???? , that we used in text messages, email and social media.

The Origin of Emoji

The word emoji is derived from the Japanese words e(pictures) + moji (characters) and they are translated as pictograph created in Japan in late 1990’s. Then Emojis reached in global audience in 2011 when Apple introduced them in Apple IOS 5 operating system later on other mobile companies also introduced them in their operating systems. Next actively used by 92% of the world population in 2016. It follows that billion emojis are exchanging between people on daily basis. Oxford dictionary named “face with tear of joy” emoji(?) the word of 2015. The word emoji resembles to the word “emotion” as the word follows it adds emotions to the sentence.

However, there is a misconception about emojis that they are emoticons, but emoji and emoticons are not same thing. Emoticons are the smiley faces form by the typographical representation by using punctuation marks like 😉 <3 and introduced in 1982. On the other hand , emojis are images.

Emoji as a substitution of words

Emoji is a substitution of words and even has replaced some whole phrases. The online conversation has become short due to the excessive use of emoji. Internet slangs are also replaced by emoji such as LOL (loads of laughter or laugh out Lauder) is no longer in use as it had been in past years. In 2014 Vyvyan Evan an expert in Communicative and Cognitive Linguistics conducted a survey in US showed that most of the emoji user are between 18-34 years old. Some experts are opposite in use of emoji as they think it is a threat to formal communication.

Adding clarity to the meaning

The first main reason of using emoji is adding clarity to the meaning. A psychologist Lind Kaye the author of book Study on the Role of Emoji in Human Behavior comments that many users use emoji because it makes their message clear and makes it less ambiguous. He also has argument that emoji as a first truly global form of communication. It is a best way to communicate with the people who do not understand the same language. It makes the conversation more effective and easier to perceive worldwide. For example, if you want to laugh on someone’s post on Facebook or Instagram but the receiver belongs to another language so, you don’t need to write anything or LOL just give a smiley ? and your message would be delivered with proper clarity of the meaning.

Emoji has blown the critique effect

Emojis psychologically influence the reader and build an emotional connection with reflecting warmth. Many users use the emojis to soften the effect of critique. Now teasing becomes harmless because of the use of emojis. For example, a girl writes a comment on a group picture of her friend “Wow everybody is looking beautiful except you ???.” In that case emojis have blown the critique effect.

A recent study shows that all the frequent users are more friendly than those who do not use it. Beside this, emoji itself is user friendly.

Emoji helps to express the feelings

Emojis are illustrative and metaphorical in nature. Usually several emojis are used to send a friend for wishing him birthday i.e.Happy Birthday Friend…!! ???????. Sometimes we use ? and ? emojis to appreciate something this is metaphorical use of emojis.

Use of emoji to emphasize and to draw the attention

Hence, today we are living in a digital world. We are connecting with the people we have never met. Internet Technology has made it possible. Correspondingly, emoji becomes the daily necessity of us. It helps to add emotional personality to our words. However, in the world of emojis be aware of the right use of emoji because several people have been arrested for sending message judged to be threatening. In US 17- years boy was arrested by anti- terrorism laws for his Facebook post in which he used gun emojis with next to a policeman ?? emoji that’s why the revolver is replaced with a water gun ? now.

Is Suicide The Only Solution?
Post-Pandemic World and Building The New Normal
To Top