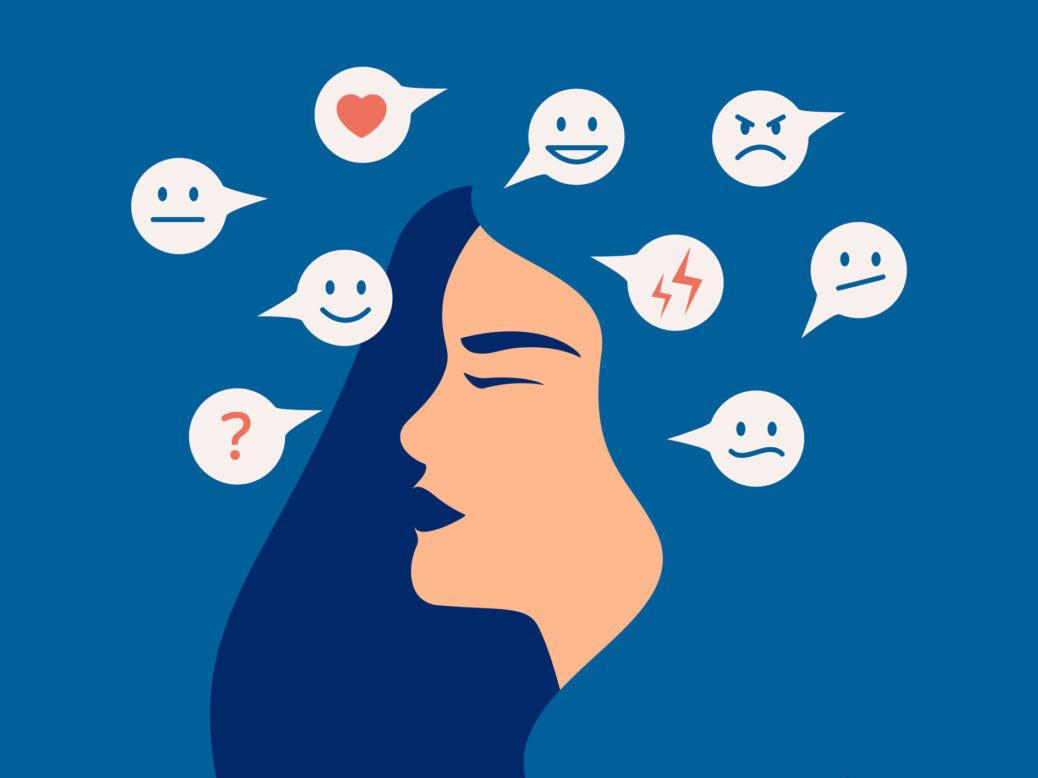 Schizophrenia is a fragmented pattern of thinking. It may involve several symptoms such as delusion, hallucination, loss of memory, difficulty in learning, etc. All of these symptoms vary according to the phase of the disorder. The initial symptoms are not very severe as compared to the later stage symptoms. It gets worst if not treated timely. It is very true that most of the symptoms of schizophrenia are similar to depression or anxiety. So it is possible that most people do not pay head to think about it because they are just relating it with depression.

Even if a patient tries to open up with you, you will simply conclude it to depression from whom he is suffering for many years so there is nothing to be panic about. But then the patient enters into the next phase which comes up the more severe symptoms such as hearing some unusual voices or meeting with the imaginary person in solitude. In this article, we are going to discuss how it get started and how you are able to recognize it at its very initial phase known as the prodromal phase.

The prodromal phase is a period of time that is marked by the changing in the behavior of the individual before psychotic symptoms. It is estimated that about 75% of the people who develop schizophrenia go through the prodromal phase. It can last for a few weeks to over a year. We are going to discuss some of the symptoms of the prodromal phase. But keep in mind that all of these symptoms are markers for several things.

Just because you are having some of the symptoms do not mean that you are going to develop schizophrenia in the end. These can be an indicator for multiple mental illnesses such as depression, anxiety, bipolar or it can be a warning sign for other health issues. So it is highly recommended to contact your doctor if you notice any of such signs. It is not necessary that every patient will develop the prodromal phase or the one who is having such symptoms is going to be a schizophrenia patient. So just don’t reach a conclusion.

There are two types of the prodromal phase. You would not be able to recognize which phase it is unless you enter into a later stage.

Some specific changes were followed by the pre-psychotic symptoms. There may be a disturbance in the sleep pattern that may be an early indicator. And then it leads to psychosis.

The prodromal phase is divided into three categories. In category 1, the patient will experience some of the odd events such as hearing unusual voices, considering himself as having some goddess power, odd thinking, and behavior which is associated with the odd appearance. The patient has some odd symptoms that come and resolve within a week during category 2. In category 3 there are distinct changings in the personal life of the patient as compared to the previous year.

Signs of the prodromal phase:

There are several signs and symptoms that we will discuss separately.

The issue with memory:

It is one of the main signs of the prodromal phase. A patient will suffer from the issue of staying focused on a point. For example, if someone tries to read a book it is not possible for him to remain focused on the context which is described. Rather there is a storm of back thoughts in his head to whom he is unable to overcome. There is also an issue with memorizing the same things such as distinguishing area code or mobile numbers at the same time.

Changings in the mood:

The change in mood is also one of the symptoms. There is an extreme mood fluctuation that comes up with depression and frustration at the end. At one moment you are very high, having high self-esteem built in yourself. But then at the very next moment, all has gone and you are alone with all of your helplessness, demotivation, and frustration. People think of being suicidal and falling into depression. But again it can be an early marker of any other mental disorder other than schizophrenia.

You are likely to lose the energy to do things that you used to do. The high self-esteem to pass a particular exam has gone away.

The disturbed sleeping pattern is known as insomnia. You are surrounded by overthinking when it’s the time of sleeping at night.

You are no more interested in caring about your health. Most of the time you are suicidal and just want to end the pain as soon as. Now nourishing your body with food is a replica of providing it energy to live. But you don’t want to move forward to carry the pain. Ultimately it will come up in the form of weight loss and several other symptoms.

There are mood swings, change in perspective, sometimes acting or reacting differently as compared to normal people. All of these things will build a social perspective about your personality. Maybe you feel unwanted among your group of friends.

If you observe some related symptoms in your loved one then it should be taken seriously. Urgent contact with the doctor. You may be asked to answer some of the health-related questions by the doctor. How you answer those questions will help him to diagnose in which stage you are and how to treat it. Also, there are some lab tests or imaging tests performed for this purpose. For better diagnosis, your psychologist may refer you to a doctor that treats schizophrenia.

The treatment of schizophrenia is very complex because all of these signs are not specific. It varies from person to person. However, if you are able to diagnose it at its prodromal phase then you can prevent future harm also. The intake of antipsychotic medication can be effective and you have to take assistance from other disciplines too.

Cognitive behavior therapy can help you to feel good and control yourself during hallucinations and delusions. It works for patients suffering from schizophrenia. Some more research is needed to know that does it work in the prodromal phase or not. But it is known that your chances become low to fall into psychosis.

There is some evidence that shows that the lack of fatty acids in your diet will make you suffer from the disorder. So the use of omega-3 capsules daily will lessen the chances. Your doctor can help you best whether it will work for you or not.

We had a detailed discussion that what is schizophrenia and how it gets started. It occurs in a cyclic manner. The very initial stage is the prodromal phase that has some of the visible signs. Most people confuse those signs with depression and remain unable to treat them in the very early stage. This early sign includes loss of pleasure, self-esteem, interest, weight, energy, etc. It is highly recommended to contact a doctor if you face any of such early signs.

Causes, phases, and diagnosis of schizophrenia disorder:
Stress: Facts About Stress
To Top