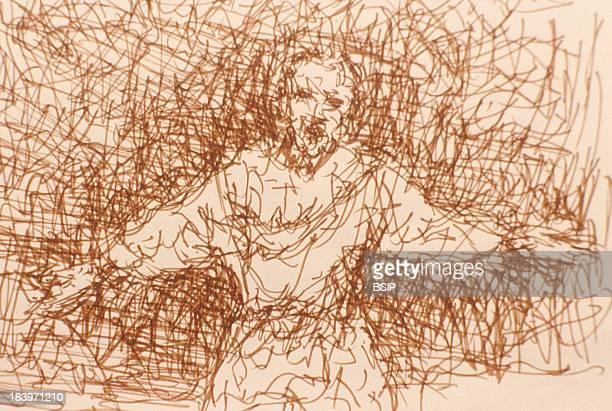 Are you feeling separated from the rest of the world for a long time? It is true that sometimes we are not in the mood of interacting with others or participating in activities that others do. But is this situation is prevailing for a long time? Life was never alike for you for four to five months back. This sudden change is not stagnant and prevails with time. Also, you are now habitual of listening to negative compliments about you from other people. They make you feel unwanted in the whole crowd just because you or your behavior does not match with them. There was a time when you used to have your friend circle but now all has gone and what you accompany is your own world.

World of your own imagination:

In this world, you listen to those voices that nobody is able to listen to. You interact with the people with whom other people do not. You are just living in another world of your imaginations where people are not like the real world. With the passage of time, you are just moving towards it much faster due to the lack of understanding of it. Also, people don’t pay ahead towards it. So all you can do in this regard is to fight alone and come up with horrible consequences. This disorder is called Schizophrenia. It is a later form of depression that surrounds you due to overthinking. In this article, we are going to understand it via discussing its different phases as well as its causes. The purpose of the writing is to spread awareness so that we can play our best role in preventing future harm.

Schizophrenia is a broken or fragmented pattern of thoughts. It may be in the form of disorganized speech, behavior, or living pattern as compared to the normal human being. As far as the cause of schizophrenia is concerned we actually do not know the reason. It is because the scientific symptom of the disorder is very unique to humans and every person faces it differently. Some people may see a water pipe and may react over like because they found it like a snake.

We can get a clue from antipsychotic medications. These medications are used to treat schizophrenia disorder. It affects our neurons in the way in which it blocks the D2 receptors to reduce the production of dopamine in the brain. It shows that maybe it has to do something with the dopamine level which increases as the result. These medications are not universal and do not work for every patient. In fact, all of these mental disorders are very unique in their nation. It is not compulsory that a medicine that is working for a one-person will also work for another person too. So it shows that maybe it has nothing to do with dopamine. Interestingly, there is an antipsychotic medication, clozapine. It is a week D2 antagonist which means that it will not block those receptors. In fact, as the result, more neurotransmitters are involved such as epinephrine, serotonin, GABA, etc.

The twin study shows that the genetic basis is also involved for the disorder to inherit. It is also true that no specific gene is concluded to as the one which is involved in causing the disorder.

However, there are several environmental factors that are involved in prevailing the disorder. For example, if a child has been exposed to an earlier prenatal infection the there is a risk to develop it. Some of the autoimmune disorders are also linked with it. The only ones who faced trauma such as child abuse, rape victim, victim-blaming, etc. at a very early age. All of these traumas are imprinted on the brain of the child to develop the post-traumatic disorder at a young age. The child will suffer from severe depression and if he remained unable to escape it then it may shape like Schizophrenia later.

It is one of the exclusive causes of Schizophrenia. It has seen more in women as compared to men. In mid-twenties it attacks the man and in the late twenties, it surrounds women. The clinical science of the disorder is also less severe. It might have been linked with the estrogen regulation of dopamine. It means that it has nothing to do with the racial difference.

The phases of the Schizophrenia:

The schizophrenia disorder occurs in a cycle in which people suffer from various phases that ultimately end back to the initial stage.

In this phase, the patient prefers to spend time alone and avoid interaction as much as he/she wants. This phase seems like any other depression or anxiety disorder. It is why most people are unable to recognize it at the very initial stage to treat it. They will consider it as a depressive disorder but they do not know in a later stage it is going to be shaped in a horrible form.

It is a later stage that forms after the prodromal phase and its symptoms are more severe. These symptoms include delusions, hallucinations, disorganized speech or behavior, or catatonic disorder. You will observe a real change in the life pattern of the patient. In other words, you can say that there was a time when all was just happening within the brain but now it has been built enough to grant visible changes.

Following the active phase, the patient might have entered into another residual phase. It might be linked with the cognitive symptoms in which you are unable to concentrate on things. You can’t remember, memorize or learn. Also, you may not be able to distinguish or recognize similar things like memorizing phone numbers or postal addresses at once. Now the patient may be again be withdrawn from activities and constricts himself in solitude. Here we may name it as the beginning of the prodromal phase again.

Diagnosis of the Schizophrenia:

The schizophrenia patient may have been diagnosed with several symptoms. There are some of the symptoms that are very specific to the disease and used as markers for diagnosing the disorder. The patient may suffer from hallucination, delusion, and disorganized speech. And diagnosing the patient should have at least one of those symptoms. There must be some of the negative or cognitive symptoms for calling it a disorder.

Also, all of these symptoms must have been persisting for at least six months. It means that during this duration there would be three phases of the disease and for the active phase, it must stay for at least one month. All of those can’t be attributed to any other disease because these are clear and severe enough to call it schizophrenia.

The treatment of the disorder is very difficult. However, it can be controlled with antipsychotic medication that should combine with several other disciplines such as therapy, medicine, and psychopharmacology. However, you must keep in your mind that the medication may come up with high costs and other high-risk side effects.

Schizophrenia is a mental disorder that can change the whole living pattern of the patient. It occurs in a cyclic manner via passing from several phases. All of these phases are equally destructive if not created timely. Also for diagnosing it there are several clear symptoms that prevail for at least six months to call it a disorder.