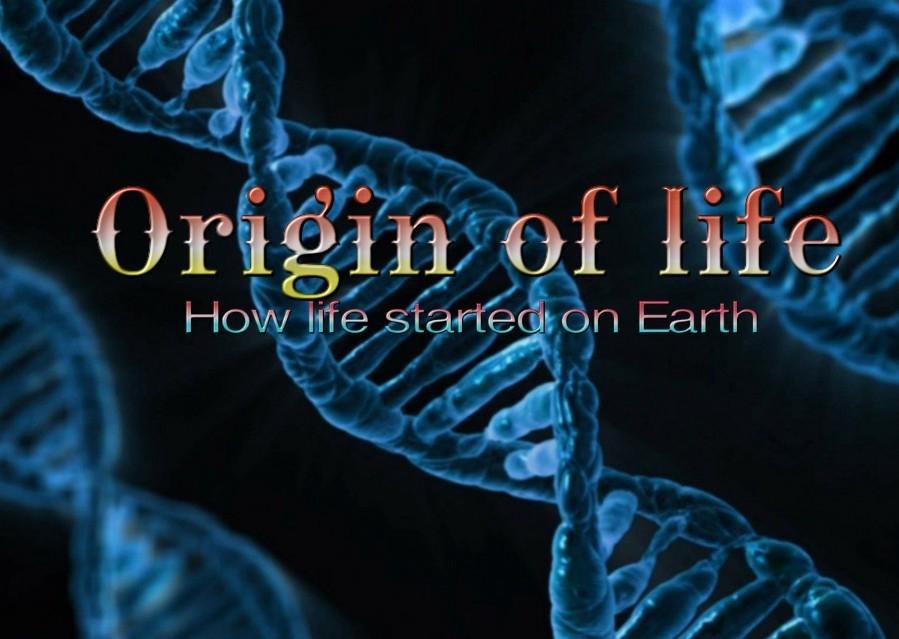 It can be very difficult today to imagine that life was very different on earth, millions of years ago. We can imagine people living in caves, working hard for getting basic life necessities, holding arms and weapons for protecting themselves against opponents. Thanks to historical documentaries, TV shows, and school books for informing the historical way of life. It is fine to imagine till that point but what if someone says that humans were not there from the beginning of the universe?

We have seen thousands of the remnants as well as evidence to support the argument. Also, there are our close relatives, monkeys who are very much alike to us. But it is not just we evolved but also this planet earth was evolved to support life on it. I know it can be astonishing for you but this article is going to explore how life was evolved to reach its climax at the end.

Billions of years ago, on young planet earth, the simple organic compounds assembled to form more complex organic corelations that could grow or reproduce. It was a very first life on earth which gave rise to the every one of the billion of species that we have on earth today. At that time, the earth was devoid of suitable environmental conditions which is required to support life on it. The planet had large volcanic activities.

In order to understand the complexity of life consider some of the basic necessity of any life form. The elements and compounds needed to form life are hydrogen, phosphate, nitrogen, carbon dioxide, methne and ammonia. In order to react these elements to form complex matter, they need liquid solvent. And for the growth and reproduction, all life needs a source of energy.

The life form is divided into two catagories. One is the autotrophic form, the organisms that can survive by their own and the hetrotrophs that depends upon other organism. So early life must have been in water and autotrophic in nature. These suitable conditions were in the oceans receiving solar radiations as a source of energy.

The hydrothermal vent prevailed the sea water in which sea water seeps down into magmatic chambers. It ejected back with the high temperature along with minerals and simple chemical compounds such as iron, barium, calcium, carbon dioxide, and silicon.

There is another line of evidence that points the hydrothermal events. The last universe of the common ancestor known as LUCA. LUCA is the earliest life form but we do not have any LUCA fossil. Instaed scientists have identifed the genes that are commonly found in all three domains of the life forms bacteria, archaea and eukarya. These genes are shared across the species and domains so they must have been inherent from a common ancestor. So it shows that LUCA had lived in a very hot oxygen free environment that harvested energy from a chemical gradient of the hydrothermal event.

Cooling of the planet:

About three billion and 800 million years ago, the earth’s temperature started decreasing. But still, the existing life was not able to survive because there was no oxygen for respiration. Also, there was no ozone layer to prevent ultraviolet radiation. However, there is fossil evidence showing that life on earth can be much earlier than we think. About 2 to 3 billion years ago the temperature of the earth became 55-88 degrees.

The first supercontinent called kenorland formed around two billion years ago. There were hot water bodies where micro-organisms were growing. About one billion years ago the duration of the day increased and the day lasted for 16 hours. But still, human existence was not possible. Almost 400 million years ago another continent Rodinia was formed and after sometimes Pangia formed.

Scientist believes that around 650 million years ago our planet earth was just like a snowball. All around the planet was frozen. Even the equator was frozen to what we call Antarctica today. But still, inside the earth, there was magma which maintained a high temperature. The volcanic eruption caused carbon dioxide to gather in the atmosphere. The huge melting of the snow released a huge amount of oxygen to deposit in the atmosphere from water.

About 540 million years ago, the Cambrian explosion occurred. The water evaporated and a large amount of oxygen was deposited into the atmosphere. The deposition of oxygen favored a large number of micro-organisms to exist. The evolved organisms were tremendous. The fossil record shows that some of the organisms developed exoskeletons for protecting themselves from harsh environmental conditions. It means that such a trait is going to support even complex life over there. They developed exoskeletons so that predators remain unable to eat them. And scientists believe that all living creations have skeletons such as crocodiles, tortoises are existed from the same time. The length of the days was reached 22 hours.

About 450 million years ago, the early anthropoids dominated the earth. All around the planet were worms. The plant length was reached up to 30 meters and many of the insects formed a symbiotic or mutualistic relationship with the plants such as butterflies, aphids, etc. But still, the creation was not similar to today’s creation. The modern-day dragons were unable to survive at that time.

The numerous air eruptions became a cause to kill large proportion of terrestrial or aquatic life. About 96% of the aquatic or 73% of the terrestrial life was destroyed.

Most of the planet earth species had been killed. The earth was like a huge magmatic body and any life was unable to exist. Then Dianasores arrived here to replace the previous species. They divided the earth into various continents and lived there. Not only did they divide but they moved. The existing Antarctica formed, Pangia divided and then we had several continents. The other insects such as grasshoppers, bats, etc. lived. But still, the planet earth was lacking the complexity of life form.

The complexity of life:

The complexity of life arrived with the appearance of the mammals. Without the aid of the dinosaurs, they were existing independently ad actively taking part in life. The day length had reached up to 24 hours and the temperature was 24 degrees.

Ancestors of the modern-day humans:

About 4 million years ago, another split occurred on the planet and our early ancestors occupied the earth. The early forest converted into savanna. This is why the early ancestors used to climb on trees in search of food.

There was not only single species that was battling for existence. There were a number of species and a competition among them for food or space. Many species appeared and exist. But then only humans were able to dominate on the planet and made several tools for a better life. About 1 million years ago, homo Erectus colonized Eurasia. And about 790,000 years ago they knew how to use fire. The population census was very good at that time and the present resources were never less than its carrying capacity.

And then about 3000, 000 years ago homo sapiens colonized the earth and the population went on increasing. The early life span was very supportive of the environment. But due to the increased population, the resources went on decreasing. In the end, we are living in today’s world where people are dying due to hunger, place, or other living resources. The atmospheric composition is disturbed to cause different diseases for living organism.

Life was never alike on this planet from the beginning. It started from a huge explosion that resulted in the formation of a huge magmatic body. The early creation was surviving in harsh environmental conditions. These were early insects, aphids, dinosaurs. All of these creations were surviving with some of the mechanisms of protection. After that mammals colonized the earth and with time they evolved to form complexity of life.