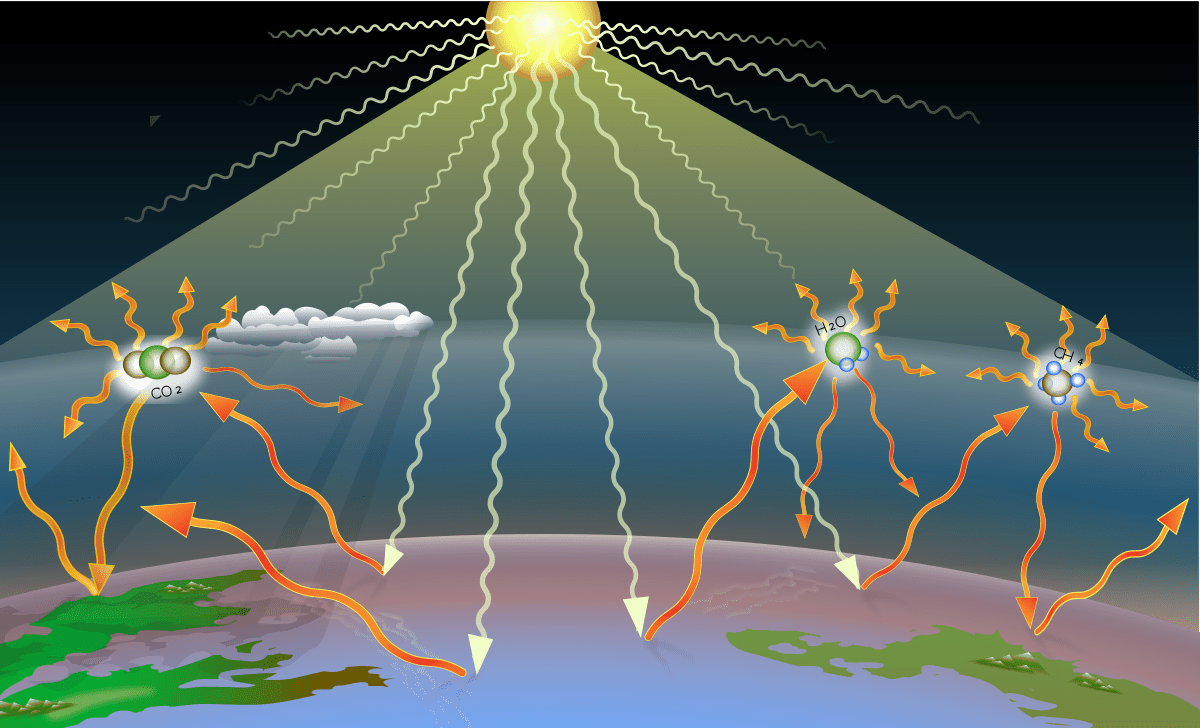 Global warming refers to the rise in the average temperature of the Earth’s atmosphere and oceans. The term was first used in the 1880s. It gained widespread acceptance in the late 1980s after it appeared in several scientific publications. While scientists have long agreed that carbon dioxide and other greenhouse gases warm the planet. Not all agree that global warming will have negative effects. Some argue that global warming will be beneficial. Or that climate change is due to natural factors rather than human activity.

Global warming refers to an increase in Earth’s average surface temperature due to rising levels of greenhouse gases. Such as carbon dioxide and methane. This can cause a range of changes in global climate patterns, though more precise definitions are subject to debate. Global warming occurs due to factors; natural processes, land-use changes, and industrial activities are among them. There is strong evidence that humans have been responsible for most of the global warming over recent decades. The majority of scientific studies indicate that global surface temperatures have increased since about 1860.

The earth’s climate has changed many times in its history. The climate changes that occur on Earth over billions of years are influenced by natural processes and cycles. Rather than external factors like solar activity or variations in Earth’s orbit around the sun. However, global warming was also caused by humans when we discovered how to burn fossil fuels. Through carbon dioxide (CO2) emissions, we were able to increase our energy levels and improve our quality of life. Unfortunately, CO2 emissions have also drastically contributed to global warming over recent decades.

While there are a number of factors that contribute to global warming, one of the biggest causes is deforestation. Over the last century, humans have cut down vast amounts of forests around the world to make room for cities and farmland.

Vast regions that were once covered in trees are now barren lands instead. These lands tend to absorb carbon dioxide as they grow. So when we cut down forests, more carbon dioxide released into Earth’s atmosphere. Because trees also remove carbon dioxide from our air naturally as they grow. Deforestation has helped contribute to an increase in CO2 emissions each year since 1970.

In 1796, French physicist Joseph Fourier first suggested that gases in Earth’s atmosphere were responsible for trapping heat and making it harder to lose energy from Earth. He called these gases greenhouse gases because they resembled glass (which traps sunlight and heats up a room) in their ability to trap infrared radiation.

However, it wasn’t until 1895 that Swedish scientist Svante Arrhenius discovered that carbon dioxide specifically was responsible for increasing global temperatures; he determined that doubling atmospheric CO2 would lead to an increase of about 5 degrees Fahrenheit.

Glacial retreat occurring for decades. Since 1980, satellites have measured a global average sea-level rise of about three millimeters per year—enough to raise water levels by about 15 centimeters in that timeframe.

According to one study, if all glaciers melted (which would require a 5 degree Celsius rise in global temperature), we’d see a 4-foot rise in ocean levels. As time goes on, keep an eye out for additional scientific reports regarding melting ice sheets and sea-level rise, and prepare to explain how they fit into our understanding of climate change and human impact on it.

The average temperature on Earth has risen one degree Fahrenheit in just over a century. The impact of rising temperatures is measurable in more than warmer weather, though. Rising temperatures are changing rainfall patterns, threatening our sources of water and food supply, forcing species to migrate and become extinct, and causing significant changes to ecosystems around the world.

In addition to rising ocean levels caused by melting ice caps and glaciers, global warming also causes extreme weather events like hurricanes and droughts which can result in massive losses of human life as well as economic damage. There is no doubt that climate change is a serious issue that must deal with urgently. However global warming isn’t simply a problem for our grandchildren’s generation.

As a greenhouse gas, carbon dioxide (CO2) plays an important role in trapping heat within Earth’s atmosphere. Plants convert CO2 into energy through photosynthesis, and animals use it to grow and move around. Over time, however, humans have been emitting high levels of CO2.

This increase in CO2 is influencing global temperatures by increasing atmospheric energy levels and inhibiting cloud formation, which affects how much sunlight reaches Earth’s surface (the greenhouse effect). To learn more about how climate change has affected our planet over time and what may happen in the future due to increasing levels of carbon dioxide and other greenhouse gases, read on!

Earth’s natural resources are depleting at an alarming rate. Climate change, deforestation, over-fishing, and global warming are just a few examples of how our planet is changing for the worse. Each year we’re using up oil, water, and coal faster than our planet can produce them.

This means it takes more to meet demand — but without these resources, society cannot function. Energy sources that use fewer resources are necessary if we want to continue living as we do today, so scientists have been searching for alternative ways to fuel energy needs. One option: Geothermal energy.

The International Energy Agency estimates that 80% of coal and a third of oil reserves need to stay in the ground to prevent global warming from exceeding 2 degrees Celsius by 2050. The president’s all-of-the-above energy strategy—which includes oil, natural gas, and coal—is obviously not sufficient. Renewable energies are quickly becoming competitive with fossil fuels, but more action requir now before it’s too late. Actions by developed countries (such as subsidies for clean energy and carbon taxes) are essential. But developing countries also need assistance if they are going to make a meaningful contribution to climate change.

Renewable Energy is the Future!

Global warming is an issue that needs to address quickly and effectively. Our current methods of energy production are very damaging to our planet, but there is a future where we can produce energy without causing any damage to our environment. Fossil fuels like coal, oil, and natural gas use for almost all electricity generation worldwide, as well as most transportation.

Because fossil fuels are a finite resource that takes millions of years to create, using them for power generation will eventually run out; not only that, burning fossil fuels for energy releases greenhouse gases into Earth’s atmosphere which act as blankets trapping heat from both sunlight and Earth itself.

While there has been some disagreement in recent years about how much human activity is to blame for global warming, one thing is certain: our world’s climate continues to change. To mitigate any potential effects of these changes, we must move forward by experimenting with and using renewable energy sources like solar power and wind power, as well as energy conservation techniques that we can all take part in. Everyone—scientists, politicians, and citizens alike—have a role to play in preserving our environment for future generations; it’s time we act on it before it’s too late.

Chemtrails conspiracy theory
Mona Lisa: Why The Painting Was Attacked?
To Top