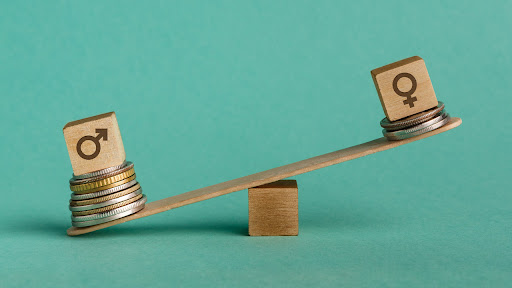 Gender discrimination considers as a natural phenomenon in this universe for decades. It is believed that it was granted to us in our kinship as our religion was given by birth. Naturally, there are some of the moral concepts to which we stick while living in a particular region. However, the world is changing at a pace, there are several bogus belief that is the stereotype that is unfit in this social circle and people starts questioning them. This interrogation leads us towards a thinking pool that whether it is ok to discriminate gender or not?

This gender discrimination was natural or incorporated in our social discourse and got stronger with time due to the presence of some conservative people in society. We think about it and then come across the several outcomes that we are observing in front of our eyes on a daily basis and nobody questions them because they are taught to us as it is. But in reality, patriarchy leads to inequality for prevailing injustice. We will take a detailed discussion of gender discrimination and what are the outcomes as the result and ultimately possible solutions to these problems.

Is gender discrimination is natural?

It is one of the critical questions which are very disturbing to us in the present era. Decades have passed with this discourse but it was never that much distressing as it is in today’s world. This disturbance originated with the increasing injustice and cruelties on the part of gender.  Maybe it is increasing now with repetitive practice or maybe the victim is now mature enough for not compromising with sufferings rather than questioning them. This hard belief manufacturing even starts by birth. For example, if a newborn baby is a baby girl, we wrap her in a pink blanket or cloth, showing softness at her part, and then she plays with dolls, kitchen sets, cleaning home activities, etc. But if a baby boy is born then he plays with rickets, cars, weapons for teaching him strength. Now, this discrimination starts by birth to define the specific gender roles that people follow for the rest of their life.

Representation of man is always as a warrior, independent, strong, wise, etc. while a women’s gender concept is being soft, kind heart, caretaker, emotional, etc.  When a child with these teaching will grow up then, at last, society will rise as we are watching in front of our eyes. We never thought to question them because someone can’t dare to go against the cultural norms. So in the end, we can say that gender discrimination is never natural but it was incorporated into our teachings externally. A woman is never less than men to face life challenges. She is less because another gender is sitting at the upper stair for ruling her. It is like a master-slave relationship where one has more rights and freedom than the other. They garnish it via a notion that an institution can never work best unless there is a head principal who is directing the remaining sector towards specific goals.

Gender roles defined by the society:

Now we are clear that gender role is not natural but it is assigned to us by the specific society where we were born. For example, if someone will grow up in western society, his/her gender roles would be different than the one who is living in a conservative culture of Pakistan. In the US, a girl has seen while growing that women are supposed to work, earn and be independent. So in the future after getting enough strength she will follow the same route because there is no discrimination, depending upon her gender. She will contribute to the public sphere equally as men are contributing.

But if a girl is living in a religious state like Pakistan then it will be incorporated in her genes that being a girl she is constricted to the private sphere only and men will work for her in the public sphere. And even if she tries to contribute in the public sphere for getting independence then there is a huge pressure of criticism and retardation in her way so that every other person can contribute his best to stopping her progress. So these are the specific gender roles that a man or woman is abode by and then we have a bunch of complaints against a system which we itself created.

There are several outcomes as the result of inequality. Some of them are,

1-Prevailing injustice around the globe:

One of the main targets or outcomes of inequality is injustice. It is obvious that when we will grant more weight to one side than the other then one side has to bear this burden more. The same is happening with the women in this society. Men are considered commanders or rulers over a woman. The woman itself is considered as emotional and weak so she can never contribute in the public sphere to keep balance in society. In order to direct a woman, the man is given a duty to hold the staring of the car. No matter how much reasoning or hard work she owns at her part for her own life decisions, the final statement will come from a commander, ruling her. Now men being violent and having a superiority complex rule her in a disastrous way.

2-Thirst for freedom for a woman, crushed by the man:

There is a fact that men especially target a woman who is trying to think beyond the cage. There is a superiority complex and if a woman tries to go against then she is being targeted especially. Men fear that if women will join them in this pace of development then this dominance will get away from their hands.  This hangover of dominance is practiced for a long time and now sharing these holds is not that easy so they resist as much as they can. For example, In the workplace, people especially target women who link themselves with activism. Men in this sphere will make fun of her progress and will make her down that it will not work so it is better to go back home. Every time when she tried to go against the norms and live her life as she wants to, she has to cost her life eve. You are well aware of the honor killing of a woman but do you also aware of the term “honor killing of men”?

There are countless examples in history. Let’s remind the most popular case of Qandeel Baloch who was killed by her own brother as an alternative to going against the cultural discourse. Recently, an afghan volleyball women player was killed because she was not willing to follow the totalitarianism surrounding her from all directions. If we count all of those incidences on our fingers then it is impossible because they are countless. And the irony is that men feel fear when women ask for equality, what will be the scenario when they will demand dominance. They should be thankful to her that she is speaking against the patriarchy and asking for equal basic rights. If there is the prevalence of a matriarchal society then this planet earth is going to be a hell to live because a huge charge has to be taken from men against those sufferings that he granted to a woman.

One of the main outcomes that we see as the result is domestic violence. We have constricted men to the public and women to the private circle of life. Now the woman provides free labor in the form of child care, home chores, caretaker, etc. She does not get a penny as the result. But men work in the public sphere and get money. Power comes from money so he considers herself as a ruler to lead the women. If a woman is complaining about her unpaid labor and hard work then the simple answer to this problem is to do domestic violence on her. On the other edge if she tries to go against the defined role assigned to her then violence is abuse is the key turners for her so that she should remain within her limits. Violence or abuse answer those questions that are difficult to address.

Perhaps we are living in the era where the fourth wave of feminism has been started. But it is not that much easy. There is massive resistance in their way. In 2016, this movement was started and faced resistance from religious or cultural tactics. Bashing and bullying on social media or the public sphere never stopped their way and they aired next year with more enthusiasm. Years after year this movement gained publicity despite criticism and this circle enlarged. But those hurdles never stopped their habit and in 2021, the mullah community threw stones on the peaceful march protesting for asking their rights. Of course, this resistance is out of fear of snatching leadership and prevailing equality.

Obviously, I can also provide you with a list of those considerations that need to address for achieving the equality goal. But above all those necessary steps there is one of the main factors which if addressed well, can clean the existing mess. This is “education”. Education is the key turner for this society. We need to educate our children about gender equality, tolerance against opponents, flexibility, etc. It is the only way that we can hope for a better future. The existing system is so hopeless that the hues or cries of victims are just below the tries made for bringing change. Maybe we will not see outcomes presently but at least we can play our honest part in giving positivity to the next generation.

We had a detailed discussion that what exactly gender discrimination is. We discussed its route cause so that we can target it from beneath for ruling it out. For decades one was there to question the existing system but now we can question it and challenge it openly because it will be playing a bad role on the part of one of the gender. There are several outcomes as the result in the form of injustice, domestic violence, and intolerance. In short, patriarchy leads to inequality for prevailing injustice.

We need to educate our generation about this critical problem so that we can prepare a better generation for the future believing in the laws of equality rather than ruling one party to another. Inequality can never bear any positive outcomes. If in today’s world we are living in a patriarchal society and facing the situation then the same will happen in a matriarchal society. So all we want is dominance rather than the dominance of one over the other. Let’s work towards building a healthy environment to live in. Just spread positivity and work for the common goal of prosperity because we are already facing a lot. If it will not address at the time then the future is going to be more horrible than the current. I wonder what can be more dreadful than this?

Media hegemony and its role to promote cultural elitism.
What is Biotechnology? Best Universities to Study Biotechnology in Pakistan
To Top