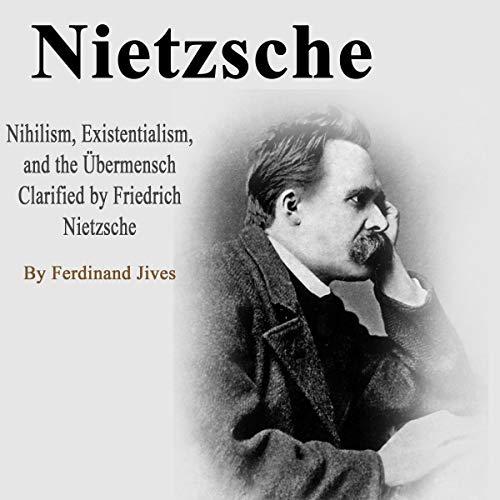 When we hear the phrase “God is dead and we have killed him”, we remember many of those who worked and then presented their views. Many of them are still working and most of them died.

Among all those workers and followers, one of the names which are very popular is “Fredrick Nietzsche.

In fact, the concept to doubt the presence of God and then curiosity about knowing facts is incomplete if you don’t know him. Considering it an obligation, we will discuss in this article who was Fredrick Nietzsche. Also, what are some of the standpoints, presented by him that shrilled the whole institution at the end?

The early career of Fredrick Nietzsche:

He was born in 1844 in a small village in the eastern part of Germany. His father was a priest in Church and belonged to a conservative family. He got his early education and then after completing higher education, he became a professor at the University of Basel in Mid ’20s.

Fredrick Nietzsche was a philosopher, poet, and cultural critic of 19 century. He is considered one of the most daring thinkers. Basically, his work is revolutionary in which he aimed to reevaluate all the pre-existing work or ideologies. He was a keen believer of existentialism in which he emphasized the existence of an individual as a free agent. By his famous work “God is dead”, he moved the philosophy from metaphysics to the material world. An individual is a responsible person for his own life and there is no authority to direct him in any way.

Fredrick Nietzsche had written numerous writing which had shacked the ideologies and sort of thought of people belonging to various fields.

It introduced them to an entirely new world to experience. Those were psychologists, dancers, musicians, poets, etc. Some of his well-known books written by him are,

By keeping his viewpoint in mind we can learn several lessons from his philosophy. These lessons are,

Be a harmonious totality:

According to Friedrich Nietzsche, a person has a dual personality. On the side is called the apollonian side which is very rational, conscious, and responsible for take decisions. The other side is the Dionysian side which is instinctual, subconscious, and emotional. The way to achieve a harmonious totality is to keep a balance between both sides.

You have to be organized, responsible, and logical but at the same time leave room for your artistic, emotional, and emotional side. Take care of all sides of nature to nurture and explore them. Don’t fight against the duality to kill one side, rather learn to live with it.

Avoid having a reactive side:

He says that we have adopted various ways in order to distract ourselves in life. For example, we are consuming our energies behind a meaningless job or career. You are empty inside where you do not have any goals and work without purpose. He invites you to be more honest with yourself.

You have to be more reflective about your goals in your life in order to be brave enough to face the reality. Just fight and break those obstacles that are blocking you from proceeding towards your pathway. Whole life we struggle behind useless things that never give us comfort and then lie to ourselves. There is no way out but to say “I never wanted to make money in my life” or “I never wanted to pursue that particular goal”.

Avoid having resentments towards others:

He considers resentments as a poison that will consume you slowly. He says that it is a weakness that lies in a person and represents his own slave mentality. In contrast, a Nobel person is not affected by enemies. He is strong enough to forget and recuperate. In order to fill the gap, replenish your life positively. Live your life to the fullest and do not let small people take part in your life. You should not argue about your limitations rather keep going towards your goals at full pace.

At some point in your life, you have to make independent decisions because past philosophies are not working for providing an easy way. For following our own path, we have to go against society, masters, and other authorities. But Fredrick says that don’t follow an old pathway just because it is safe. Just break this master’s cage and work on your own philosophical ideas to explore a world in your own way.

The one who has “Why” in his life can tolerate a long run. You should look into the merrier and be proud of yourself. There is nothing to be feared from another authority. The only one from whom you should be feared is your own consciousness which is directing you to be who you are. First, point out, what you actually want in your life. Once you are strong enough to achieve it, you can easily tolerate those hardships easily.

The secret behind getting the fruit of your effort is to live dangerously. You should live each day in order to make it better. Stop just being in your comfort zone and learn to live out of it for achieving great. In this way, you will test our limits in order to check our strength. Nietzsche stops us from being prudent and regular. He urges to live dangerously and express feelings individually. There are several people who love to live in their own cocoon, avoiding any danger in life. They will just copy others rather expressing themselves than who they are actually. Don’t be someone who is alike.

Happiness is the way to achieve goals:

“My formula for happiness; A yes, A no, A straight line, A goal”.

He says that happiness is not the one that you will get at your destination. Rather it is a four steps process.

Friedrich Nietzsche is one of the greatest philosophers of the time. He is known for his remarkable work and provided a new way of think of what exists currently. His book “Beyond good and evil” questioned the existence of God via attacking moral standards. You have to think and make your own way out of the chaos. We discussed various life lessons that we get from his life. All of these are emphasizing how to live your life away from any external authority.

What is pessimism?
What is Stoicism?
To Top