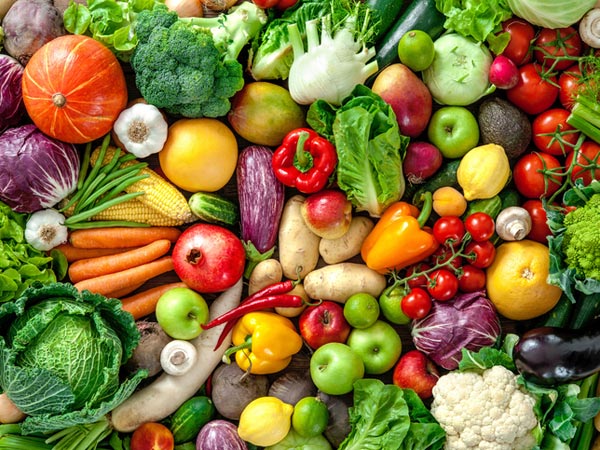 The statistics can seem scary when it comes to breast cancer. Not only is it the second most common cancer among American women, but it’s also the second leading cause of female deaths attributed to cancer in the United States.

Despite those frightening figures, you have the power to beat the odds and reduce your breast cancer risk. In addition to exercising and maintaining a healthy weight, research shows that incorporating certain foods into your diet decrease your risk of developing breast cancer. Here are Nutrition Expert Erin Palinski-Wade‘s top 10 cancer-busting foods, along with how much and how often you should eat them.

Turns out kids aren’t the only ones who should heed that age-old advice to “eat your broccoli.” Research shows that sulforaphane, a compound found in broccoli and other cruciferous vegetables, can stop the growth of breast cancer cells. “That specific compound has actually been shown to help inhibit cancer cells from multiplying and might be able to kill off cancer cells,” says Palinski-Wade. Recommended dosage:Incorporate a cup of broccoli into your diet at least three times per week to get the full benefit of their cancer-fighting properties.

Don’t save the cabbage just for Saint Patrick’s Day; regular servings of this leafy vegetable can greatly reduce the risk of breast cancer. “There’s a really interesting study that found that young women who ate four or more servings of cabbage per week during adolescence were 72 percent less likely to develop breast cancer as adults than those who only ate about one and a half servings per week,” notes Palinski-Wade. The same study found that adult women can also reap the benefits of this food’s anti-carcinogenic compounds, which include glucosinolates and myrosinase enzymes, so adding it to your diet at any age can be helpful. Recommended dosage: Aim for a cup of raw or a half cup of lightly-cooked cabbage at least four times per week.

Much more than just a colorful addition to salads, carrots are loaded with beta carotene, an antioxidant that gives these veggies their orange color and also helps lower breast cancer risk. “There has been a lot of research showing foods that are rich in beta carotene, such as carrots and sweet potatoes, seem to protect against cancer,” says Palinski-Wade. One such study found that African-American women who have a disproportionately higher rate of deaths from breast cancer were 17 percent less likely to develop the disease if they consumed three or more servings of carrots a week. Recommended dosage: Eat a cup of raw or a half cup of cooked carrots at least three times per week. Can’t stomach carrots? Try another orange option instead. “Sweet potatoes, pumpkins, and even summer squash are all really great sources of beta carotene,” suggests Palinski-Wade.

Slathering your spaghetti with marinara isn’t just a treat for your taste buds, but also a powerful protectant against breast cancer, thanks to the antioxidant-rich tomatoes used to make this sauce. “The biggest benefit of the tomato is the lycopene which has been found to inhibit tumor growth and help neutralize the free radicals that can damage and mutate cells,” explains Palinski-Wade. Recommended dosage: Incorporate tomatoes into your meals at least three times a week by slicing them up and adding them to salads or consuming them via spaghetti sauce or even ketchup. Choose your condiments and sauces wisely, though, as you want the fewest preservatives possible. “When you’re looking at cancer prevention the more natural you can go the better.”

A pungent addition to many dishes, garlic offers more than a mere kick to the palate. This bulbous vegetable also delivers a knockout punch to breast cancer since it contains beneficial compounds such as ajoene that can help stave off the disease. “Garlic has been shown to help kill off cancer cells in test tube studies which is promising,” notes Palinski-Wade. Recommended dosage: Use a quarter to a half teaspoon of fresh garlic to flavor your food at least twice a week. “In order to really maximize the beneficial compounds in the garlic, you want to chop it and then let it sit for 10 minutes before you cook with it.”

Though a tiny fruit, the blueberry packs a big wallop when it comes to breast cancer prevention. “The anthocyanins that are found in blueberries and other purplish/bluish fruits really help boost the immune system and fend off those free radicals that can damage cells and cause mutations,” says Palinski-Wade. Research shows that the potent phytochemicals found in blueberries can prevent both the occurrence and reoccurrence of breast cancer. Recommended dosage: For maximum protection, eat one cup of blueberries at least three times per week and choose wild ones over those that are conventionally grown. “Wild blueberries actually have twice the antioxidant content.”

A sweet treat that’s loaded with flavonoids and other phytonutrients, the peach has proven to be a key defender against breast cancer. Recent research shows that the phytonutrients found in the peach and its close relative the plum can help inhibit the growth of breast cancer cells. “The antioxidant compounds in those fruits damaged the breast cancer cells, but didn’t harm normal cells, so they were actually able to prevent the cancer from growing,” explains Palinski-Wade. Recommended dosage: Eat a peach or a plum at least two times per week.

Studies have linked an increased consumption of salmon’s Omega-3 fatty acids with a decreased risk of breast cancer. “Omega-3 fatty acids are really helpful at lowering inflammation in the body,” notes Palinski-Wade. “When you lower inflammation, it can lower the risk of damage to cells, which in turn can help protect against cancer cells forming,” she explains. Whether you choose fresh or canned, make sure to pick wild salmon over farm-raised fish. “The reason you want to go with wild salmon over farmed is because it’s going to be lower in toxins such as PCBs and mercury that can actually increase your cancer risk,” says Palinski-Wade. Recommended dosage: Three ounces of wild salmon in your diet at least twice a week is ideal.

Boasting a winning combination of Omega-3 fatty acids and phytosterols, the walnut has been shown to significantly slow the growth of breast cancer tumors. While the Omega-3s reduce inflammation in the body, the phytosterols also provide a valuable function. “They actually bind to the estrogen receptors which can help slow the growth of breast cancer,” explains Palinski-Wade. Recommended dosage: Eat an ounce of walnuts at least three times a week.

Chock full of disease-fighting compounds, the white button mushroom has been shown to successfully block out breast cancer. Research has linked this well-known mushroom to a decrease in both the growth and weight of breast cancer tumors. “There’s actually a fatty acid in the mushrooms that suppresses estrogen formation, which can help stop the spread of the breast cancer cells,” notes Palinski-Wade. Recommended dosage: Incorporate a cup of raw or half a cup of cooked mushrooms into your diet at least twice a week.

Baby’s First Birthday Party Ideas
Do Your Kids Get Social Anxiety At School?
To Top