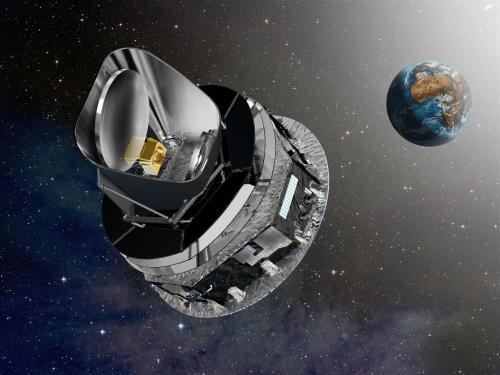 Since the beginning of time, people have wondered whether the universe has an end, or if it just keeps going and going into an infinite space of nothingness. However, we are now in the midst of another big debate: Is our universe finite or infinite? In this article, we’ll discuss both sides of the debate. And what modern-day scientists believe about the question that has captured our imagination and curiosity since the dawn of civilization.

If you think about it, there are a few good reasons to believe our universe is finite. First off, there’s good evidence that our universe has been expanding all of the time—you can read about that here. Second, if you travel far enough in any direction from Earth. It seems as though you’ll hit an impenetrable barrier: a cosmic horizon. This is likely due to cosmic inflation (which we also have good evidence for), an initial period of exponential expansion during which matter grew much faster than light could travel. In short, thanks to inflation and expansion alone, we should expect to find ourselves in a finite universe. So why do we need some other outside influence?

Although recent findings have cast doubt on these results, some physicists still believe that our universe is infinite. If you can travel far enough. That is, fast enough—you’ll end up in a different place. An identical copy of Earth where your identical self lives out another life identical to yours. In fact, every person who has ever lived in your universe exists again. It’s a strange idea, but it implies that there are an infinite number of universes out there. Each one is slightly different from the other. Of course, if all possible outcomes were played out over and over again across an infinite number of worlds then everything would happen at least once (including unlikely events like everyone choosing to use Facebook as their personal page).

Does space ever end?

If you had to pick one thing that would forever be impossible to know. It might be whether or not space has an end. As far as anyone knows, we live in a seemingly infinite universe of stars and galaxies. However, it’s also possible that all these things exist within a finite framework, like an endless bubble floating in space. We may never be able to prove either way. That said, it’s entirely possible that an infinite universe is out there somewhere. And right now scientists are trying to figure out how far out it goes.

Do we exist within an infinitely large space, or does it have boundaries?

Is our universe finite or infinite? From Albert Einstein to Neil deGrasse Tyson, some of history’s most prominent thinkers have sought to address that question—and many today remain stumped. (Theories range from one universe existing in a multiverse composed of an infinite number of parallel universes to one consisting of multiple spatial dimensions.) Even so, scientists have made strides in their attempts to explain what it means for something—or someone—to be infinite. Consider a number line like 0, 1, 2, 3 …: On an infinite number line, you can keep counting forever and never reach a final point.

Does something exist outside the limits of our universe?

Is there something beyond that which we see and feel around us every day? Many scientists say no. But there is no solid proof of our universe’s size and shape. Some say there is a finite amount of space, while others are convinced that it goes on forever. There might be an edge to our existence. But as long as there is another possible theory out there—including one asserting that ours is only one of an infinite number of universes—the question remains unanswered. If it turns out we’re part of something bigger, well, that would be pretty cool!

What are scientists doing to answer this question?

Scientists have been trying to solve the question of whether our universe is finite or infinite for decades. One method is to use physics to try and calculate how much space there must be between any two galaxies in order for their mutual gravity not to pull them together over time.

When astronomers use a telescope at different wavelengths, from visible light through X-rays, they find that astronomical objects of similar luminosity appear equally far away regardless of whether they’re observed at visible wavelengths (where we can see stars) or at X-ray wavelengths (where we see black holes). This means that galaxies are distributed evenly throughout space, making it likely that if one is infinitely large, so is space.

Why does it matter how large the universe is?

Our universe is one of the billions of possible universes. We can only study our own, but many cosmologists are trying to find out more about what makes our universe unique, and how it compares to others. There’s also a philosophical side to it: If there’s only one universe and we live in it, why does anything exist at all? And if there are an infinite number of universes, how could we ever learn about them all? These questions aren’t just for scientists. Understanding how large (or small) our universe is helping us answer these big questions.

How do theoretical physics and mathematics help us understand this question?

Is there an infinite number of universes, each with its own variations on life and physical laws? We can’t be sure, but it’s been theorized that a hypothetical multiverse exists somewhere outside our own galaxy. In fact, many scientists are adamant that our universe is only one among countless others. Physicists have even devised mathematical models to predict their behavior based on data pulled from telescopes and satellite imagery—data that include evidence of dark matter and energy influencing gravitational pulls between bodies like galaxies.

Gravitation or geometry of space-time

According to general relativity, space-time is a smooth four-dimensional manifold in which matter exists and all events occur. Space and time are treated as inseparable; an object travels through space as it does through time. According to general relativity, gravitational mass and energy determine the curvature of space-time. So what can be said about how curved space-time is at different places in our universe? We find that some models of dark energy predict that most matter and energy reside on large cosmic voids surrounded by a network of smaller voids. However, there is no hard evidence for such a cosmic structure yet.

So does that mean you can really tell us whether or not space goes on forever? Unfortunately, physicists still don’t have a concrete answer for you. All we know is that space is expanding. We also know that (maybe) our universe popped into existence 13.8 billion years ago in an event called The Big Bang.

And while it seems impossible to reconcile those two facts—that nothing could have existed before time began—some scientists have been trying to figure out how it happened. In fact, some believe they’ve finally figured it out: our universe didn’t spring into existence as space, but rather space itself sprang into existence right along with matter and energy in what may be considered one of the most powerful and complex theories we’ve ever come up with.

Scientology: A Belief System That Baffles Many
History Of English Literature
To Top