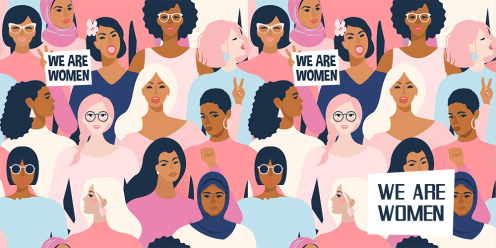 By definition as provided by Oxford Dictionary, “Feminism is the advocacy of women’s rights on the grounds of the equality of the sexes”.  This definition explains very well what feminism actually means. Unfortunately this word is misunderstood not only by men but more by women themselves. If you would discuss about feminism to anyone, instead of rights and problems of women the conversation would be against men, this is the most common negative impact of feminism.

One more thing that is really disgusting about understanding the basic concept of feminism is that feminists want women to do what men can do. Most of the feminists say that a woman can do all that a man can do, I mean why are you giving the opposite gender so much importance? Why do you want to be like them? I mean why? You are completely an opposite gender with hundreds and thousands of qualities then why you want to compete with men??

I would try to highlight all those loopholes that reduce the actual importance of feminism.

To discuss more about feminism, first we should learn what are some objectives of feminism.

Fight for right: not for gender

One of the major misunderstandings about feminism is that it’s a fight against a gender but actually it’s a fight of equal rights. There are many cultural forces which lead men to oppress women, it shows difference between rights of women and men. So the feminists are fighting against such rules everywhere.

Women are half of the population of the world, not giving them equal rights means not taking benefits of half of the strength. Feminists who raise voice for equal rights of women are in favour of men actually. If women will get equal rights then they would give better out put, they would ultimately share burdens of men.

There should be equality of the sexes economically, socially, politically and personally but this concept is often misunderstood. Mainly the notion that gender inequality no more exists in society, should be disproved. It is an undeniable fact that women are equal to men in position, power and influence.

Focus on men’s mental health not on violence

Domestic abuse or any kind of violence on women is always highlighted by feminists. But no one really put an effort to raise a voice about mental illness or training of men. If men would be treated as victim of depression or for other mental illness then it would be much easy to find solution for violence on women. We should nip the evil from roots.

Focusing on feminism does not mean that we neglect men’s problems. Men are tragically bad in expressing their emotions, feelings or problems so they use women as an easy object to relief their frustrations. At this point one should find way to make men comfortable to talk about their failures and problems instead of hiding them. Men’s counselling is much more important than women’s.

I don’t think so if they can ever be changed; this thought about men’s behaviour needs to be changed first. One who is in favour of feminism should mainly tackle this concept carefully. Helping men to become gentle and nice with ladies can reduce or even stop women’s violence.

It’s time to think what feminism has done

The Waves of Feminism

Feminism is divided or described in three waves according to its demands and issues.

Feminists campaigned for women’s right to vote. Almost half of the population was not able to cast vote at that time. There are still many countries or areas where women are not allowed to cast vote.

This was fight for the right for equal pay, the right to live free from both physical and sexual violence and reproductive rights.

Actually it’s time to think what society has done to women’s lives. Where do women stand in a society, why not they are equally impactful. Women’s are not safe even at their homes, we get to know about many cases of women’s harassment at their homes. Workplaces, markets, shopping malls or any public is not secure for women. 1 in 3 women worldwide has experienced physical or sexual violence in their lifetime. There are a number of organisations which are dealing with this issue but still this ratio is getting worse.

Politically women are less influenced compared to men. You would not find equal female members in parliament. The reason is women are likely less trustworthy. Feminism is promoting women to get more political power but a lot of hard work regarding old attitude drilled in our minds is needed.

Feminism should rename as “ Educating Men”

I know it may sounds bit awkward but we should educate our men to treat women as human. It does not mean that they are not treated as humans but there should be no discrimination. If we would teach our boys to be gentle and nice and to our girls that they have no competition with boys, and they can do anything what a human can do, then society would grow in a better way.

Many feminists often assume that men are all potential rapists, have legal dominating power over women, and teas women by cat calling. But this is not true about all men, at the same time it’s not completely false. This misconception about men can be corrected only by educating men to deal with women as humans and telling women that they are humans and not less than any other human.

There are some helpful suggestions:

Is Emoji a New Global Language?
How New Zealand Eliminates COVID-19?
To Top