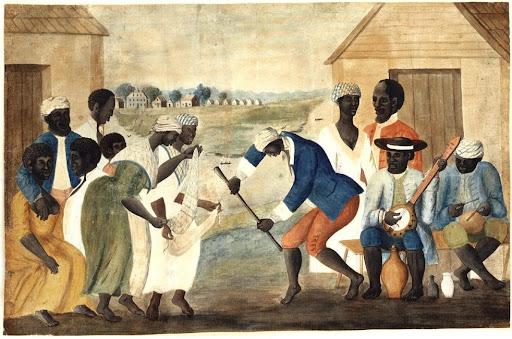 Slavery culture as the result of development

You grow up while listening to some of the old stories of ancient times from your grandmother. She told you how they had to wait for several days or even months for receiving a reply letter from their beloved. Sometimes some of the close relatives were unable to reach the funeral because of the lack of opportunities. The story of gharries seems quite interesting as well. There are some of the pros also which makes us astonished when we listen while experiencing this world. They had tasted nutritious healthy vegetables and pure ghee for making muscle strength. And life was so easy because of the helping culture of society towards others.

In this digital world, we will sense it rarely. So we only listen and imagine and then nothing goes beyond it. We are living in a world of postmodernism where nothing is stagnant. One day we listen about a thing and then on the next day, there is an achievement of another milestone. We were hoping for life on Mars but now it’s a normal thing like earth. People go there and experience life on it. One after the other we are moving far but the question is that it is something missing in the whole scenario or we are going in the right direction?

The advent of digitalization:

We are living in a digital world where everything is based upon technology. It has framed our life in a manner that seems impossible to survive without it. For example, the banking system is unable to operate without technology. We can think about several alternatives but at last, there is a conclusion that there is no alternative to it. A huge storm of calculations is unable to happen without computers. Our education system is also needy of this technology.

Maybe we can also operate it without technology but the productivity will defiantly be reduced. A student who watches everything on a projector which he read in his book is unable to understand it correctly without this opportunity. Especially during the COVID-19 pandemic, our education department had experienced an unbearable loss if technology was not there for helping us out. Many of the medical opportunities are there for aiding those troubles that had taken many precious lives in the past.  So digitization has made us slaves in the way of making this world a better place to live.

A better solution to problems:

There is no dual opinion in the fact that we have resolved messy unresolved mysteries as the result of development. The social issues that were never even counted in any categories due to lack of sources now came on the air. We have social media where we can speak and report unreported stories. And we have seen many victims get justice as the result.

We know that the global population is increasing at a rising pace. The resources would be unable to meet the demand if we had no alternatives to tackle it. For example, there are many cheap scientific methods such as micropropagation to produce huge production from a single part of the plant. The increasing population is also increasing environmental pollution. But we also have many scientific solutions such as bioremediation for clearing the dirt. Thinking about a world without scientific development puts us in danger.

There is no doubt that scientific innovation has facilitated us to meet the increasing demand. But this is not about the whole story. We are living in a capitalist society where proletariats are the slaves of the bourgeoisie. It means that money begets money. The one who is already holding smart heirship of any other wealth treasure is able to fill it more at the expense of the exploitation of slaves. So capitalists are becoming wealthier and proletariats are further going beyond the bottom line. This is a slave culture that was gifted to us as the result of capitalism.

It means that a well-developed society is only benefiting one party and the other is just facing injustice.  We need to think out of the box to dismantle this slavery. And if the development will go on at the same pace, on the same principle then it is of no use for us. We are failed as a society if we only consider a group of people and others are treated in a way that they do not exist even. We have to replace capitalism with communism to break the cage. In this way, the development will prevail in a way to benefit all.

Freedom of speech and will:

A post-modernist society is far better than a conservative era. We have given enough freedom to every human being. It was impossible for our daughters to excel in the world for availing their basic human rights. In a conservative society, the only purpose of a female life was to get married at the end. But now the time has changed and we have started thinking beyond it. Now a woman is equally responsible to be independent as a man. Similarly, there is freedom of speech for everybody to get rights. If there is something abnormal happening at a part then we have taught the victim to speak and get the right thing.

We have seen how countless social issues got attention via being reported through social media. But still, there is something that is lacking in the whole scenario. We have been given freedom but something was kept as a memory of tradition. A woman is allowed to go outside for work but at the same time, we consider those women among the bad. Children are allowed to speak in front of parents for their rights but we call them disobedient and support those who surrender. A working woman is doing a great job to support her but she is bad enough when she comes equal to a man.

The whole story is presenting a single point that freedom was not granted in the way it had to be. There is a dire need to change the discourse of society so that we can normalize those things. It is difficult to give up the tradition as a whole because we have an emotional attachment to those stereotypes. A developing society should ensure freedom for every human being so that we can live as we want to.

Gender equality is the need of the hour. If we will consider that woman is equal to men in every perspective then it will solve most of the problems. Some of the sexist concepts which are especially associated with a woman needs to address at a level of equality. Those ironic gazes would not be raised against women when she will try to conquer the world. The resisting behavior needs to be replaced with the power of support.

It is not possible that we talked one day about bringing change and on the very next day we will come to a better world. It is a very slow process that requires a lot of patience and tolerance. Also, there is a need to cure it of the root cause. Our institutions are placing bricks for making a strong building of the society that we are facing today. So root it out from the root cause and educate our future generation. In this way, inequality will be abnormal for them to prevail and equality would be their priority at first hand.

Establishment of laws and orders to combat the existing culture:

We are continuously talking about bringing prosperity to society. There are several suggestions to practice. But is it that much easy to practice as it is to talk? Obviously, the answer is no. A leader always wants harmony in a state to avoid injustice at any part. But people are not obedient enough to practice as it is. Most of them require something else for abiding by the requirements. It is provided by the laws, orders, and accountability over crime. If there would be a fear in society for accountability then people will not break laws especially when they are unable to bear the consequences. At first, our institutions can play their role in eradicating the mess.

Then we need to make those laws where everybody is allowed to avail themselves of human rights regardless of gender. There may be some organizations working for the promotion of activism and ensuring justice to the victims. The criminals are supposed to bear the consequences of what they have done for disturbing the decorum of the whole society. The whole system is the result of the struggle of decades. So it will not change at once. With a lot of considerations and courage, we can be a pioneer of the change for future generations.

Development is the ultimate gift of modern society. It has provided us with a lot of easiness and opportunities that our ancestors were unable to taste. As the result, they had faced bitter consequences which we are able to combat nowadays. It has also played an important role for need increasing need of the demand. Development is often linked with freedom. There is no doubt that the present society is freer than the conservative one. But still, there are several gaps in the whole framework that were kept because we are not ready to give up our heredity as a whole. Those remains have troubled us in a way to prevail slavery culture. We need to root it out from its root cause in which institutions, laws, order, and accountability play a role in the starring of the car. These are the key factors to shape society for making it a better place to live.