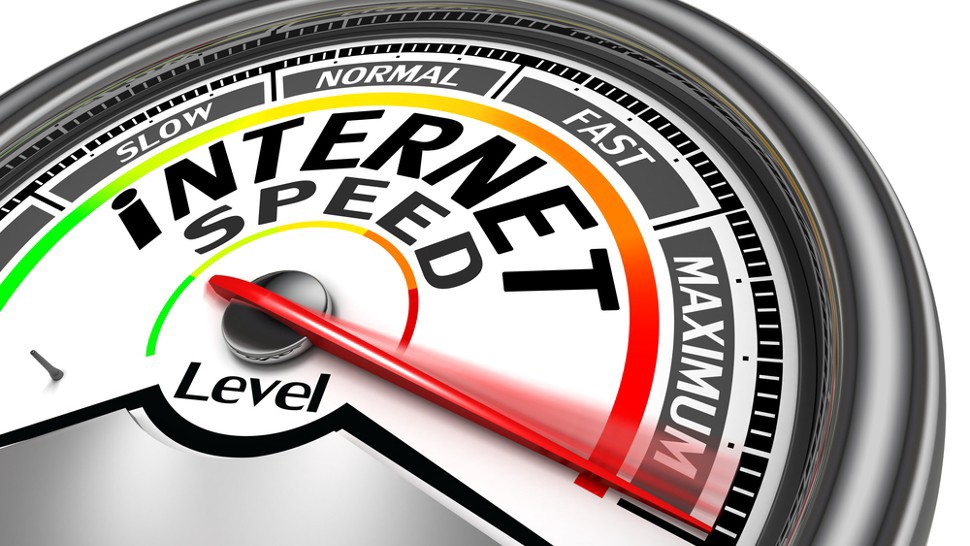 In the age of fast-paced technology and digitalized world, slow internet speed can seem like shifting to a pre-historic era.  If you are a movie buff and a gaming enthusiast, then the mood of your day depends on the speed of your internet. With our exceeding reliance on the internet and bandwidth-heavy online activities, fast internet connection is the ultimate need of the day.

Today we pay hundreds of bucks for a reliable and fast internet speed. But oftentimes even after investing in the best subscriber, we face the dreaded issue of internet lagging. Having few good hours of internet connection and then hours of staring at a screen for the screen to load itself, and meanwhile pulling your hair out in frustration is definitely a matter of concern.

In the article below, you can find all you need to know in order to judge and secure the best connection

To truly find out what good internet speed is, you’ve got to look at more than just “download speed”. Here are the important factors to consider in an internet connection:

The speed of your internet is dependent on the kind of connection you are using. The residential broadband is quite different from the 4G LTE and 5G. Similarly, residential WiFi is different from your Mobile hotspot. It also depends on the kind of material your internet connection is based on if it is fibre, coaxial cable, or satellite. The fibre optic cables are considered to be the best for the internet speed as deliver up to 1,000 Mbps fast internet to the consumer.

What Is Slow Internet Speed?

The main reason for slow internet is often the use of an outdated internet type i.e. dial-up internet. With the speed delivered by a dial-up connection, one can never visit websites that use Flash. Moreover, downloading files also means a long wait. The approximate rate, at which data transfer occurs over a dial-up connection barely, surpasses 56 Kbps.

Similarly, a DSL (Digital-Subscriber-Line) connection which on average offers internet speeds between 128 Kbps and 9 Mbps is also considered a slow internet connection now. Delivered via twisted copper phone lines, the connection provides low bandwidth while latency is on the higher end. The reason why it is also not counted as a broadband connection—rather tends to be categorized as slow internet speed.

Data transmission across networks occurs in “packets”, and data failing to reach its destination is considered as packet loss. This is a bigger problem with wireless networks. Packet loss is measured as a frame loss rate, defined as the percentage of packets lost with respect to packets sent. A packet loss of ≤1% is ideal.

Latency refers how long it takes for a bit of data to travel across the network from one endpoint to another, and come back. It is also referred to as the ping time. The internet is dependent on the servers. The latency will presumably be higher, if you’re transmitting to a server on the other side of the world, than communication with a closer server. Measured in milliseconds, the lower the ping the better will be the latency rating and the quality of your experience. Besides distance, latency is caused by network congestion. Latency should ideally be ≤150 ms.

Jitter is the irregular time delay in the sending of data packets over a network. Jitter should ideally be ≤ 30 ms.

What Is Fast Internet Speed?

According to the Federal Communications Commission (FCC) benchmark set for any internet connection to be considered broadband, it must facilitate data transfer at 25 Mbps or above. So, 25 Mbps and higher automatically fall into the category of fast internet speeds.

Nowadays, most DSL providers boost their existing copper networks with the latest technologies available. DSL internet connections from these providers are therefore able to deliver high-speed internet as fast as 115 Mbps.

Do you think you are not getting the speed you pay for? Take a speed test!

Are you experiencing issues with internet speed even though you have subscribed to a pretty good plan?

A quick test is one of the best ways to figure out whether you have a fast or slow internet connection. It only takes a few seconds to test the speed of your internet. The test will show both your download and upload speeds and even the ping and jitter readings.

If your speed is slower than what the internet plan you are paying for must bring you, it would not be able to keep up with all your online activities. If however the speed test gives you a reading close to the speed you must be getting, then you need to upgrade to a higher speed tier, because the issue is not with the connection rather the usage level.

Ultimately, determining the internet speeds you need is easier said than done. Before locking yourself with an internet plan, you need to take time to think about the number of devices that will connect to your network at the same time.

Also, it is crucial to know what exactly you want to do with your internet connection. If you are more into web surfing and casual streaming, you don’t high-speed internet. On the other hand, if you are a hardcore gamer, connect multiple devices, and stream 4K video, you need more bandwidth. So choose wisely.

Breast Cancer; Myths And Facts!
Will we have Covid-19 Vaccine In 2021?
To Top