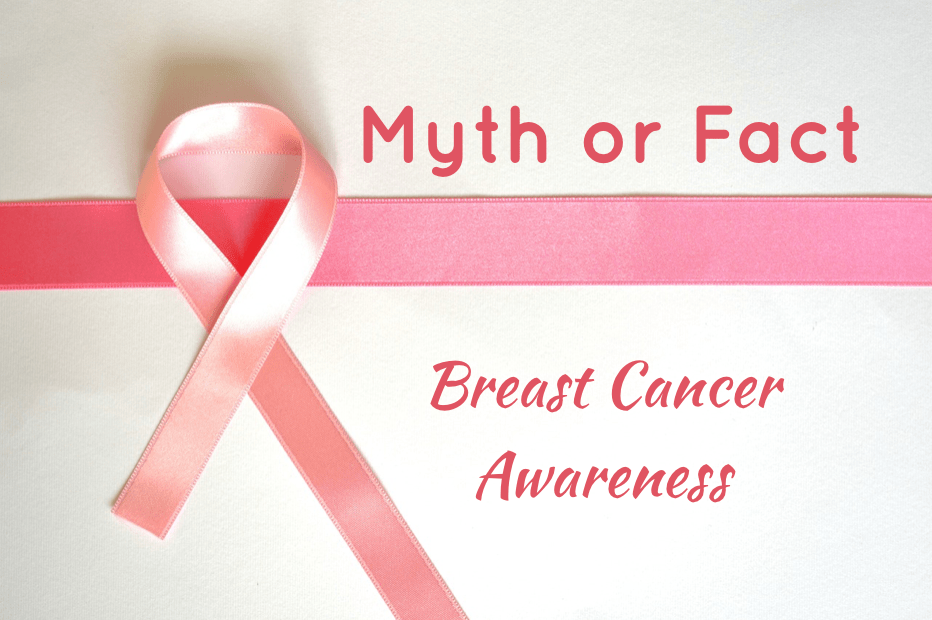 Since October marked all over the world as breast cancer month. We have seen it all over the social networks calling October Pinktober. By all these efforts made on the awareness of this deadly disease that is spreading vigorously on the same side, myths are also propagating around the corner. The reason behind the so-called myths of this disease is; our society does not concern over data-driven information but we used to spread information regarding anything anecdotally. Breast cancer is considered a taboo in our society that’s why people don’t talk to anyone if they found any symptom(may be a myth), which could be dangerous for one’s life. So today we here for busting some myths about breast cancer.

Myth # 1:Having a Lump in Breast Means Breast Cancer.

There is a common myth in our society that having a lump in your breast means you have breast cancer.

Fact: Not all the lumps in breast are cancerous!

It not necessary that every lump you found in your breast is a tumor or cancerous. In fact, most of the lumps developed before the menstruation cycle and dissolves after the periods got over. And the same thing happens after menopause but these lumps dissolve from time to time on their own without any medical treatment. But if you found a persistent lump for more than a month then you should concern to a gynecologist

People think that this disease is heartedly but only 5 to 10 percent of patients have a positive history of breast cancer in their family.

Fact: 70 to 80 percent of breast cancer is spontaneous.

People think that cancerous cells feed on sugar so eating so much sugar can cause breast cancer.

Fact: There is not any scientific link between sugar and breast cancer!

Myth # 4: Annual Mammograms Guarantee That You Are Free From Breast Cancer.

People think that getting a negative mammogram report means that they are free from breast cancer for a year.

Fact: 20% of the mammogram reports could get a false negative report!

It’s another popular myth that bra causes breast cancer, especially underwire style bra! This myth is based on the statement that an underwire bra creates hindrance in the lymph fluid out of the breast which causes toxic tissue build up in the breast.

Fact: Wearing a bra or underwire has nothing to do with breast cancer!

The American Association of Cancer Research published a case study in which they examined 1000 women who have been through this disease and 500 who don’t have. They didn’t find any link that women wearing bra have a higher risk of this than the women who didn’t wear it.

It has been a big misconception in our society that this disease can only happen to women above forties.

Fact: Breast cancer can happen to young women too!

Thus women of all ages should be concern about their health. And should do breast self-examination on regular basis in order to avoid any blues.

Antiperspirant and deodorant are becoming our daily essential day by day. Due to its soothing effect almost all working class is using it to stay fresh all day. But the myth that antiperspirants and deodorants cause breast cancer is so shocking.

Fact: There is no evidence that antiperspirant causes breast cancer!

Yes, it is right that some chemical in antiperspirant absorbs into the skin and block the sweaty gland which excretes sweats. But according to the American Society of Cancer deodorants or antiperspirants do not have a solid scientific link with breast cancer.

A research from National Center for Biotechnology Information depicts that daily use of antiperspirants can cause aluminum to accumulate in breast tissue. But this doesn’t prove that aluminum salts can cause breast cancer.

Men can’t get breast cancer is the most staunchly believing myth in our society. In fact, I too get shocked while researching for it. We associate the word Breast Cancer only with the women. And we didn’t gave a thought for a second that it may got to men too.

Fact: About 2670 Men out of the Total Men in the U.S are Expected to be Diagnosed with this Deadly Disease.

Yeah, it’s true that this cancer is rare in men. But it does not mean that it can’t happen to men. According to research made last year, about 2670 men are expected to be diagnosed with this deadly disease in the U.S. It’s a huge figure, enough to alarm the men to take this matter in concern!

Whether you are male or female, young or old, married or unmarried self-care is a must thing! And being aware between myths and facts of any disease is the right of our body towards us.

Paranormal belief and Literate people: Reasons behind their beliefs
Crucial Things To Consider When Judging Internet Speed
To Top