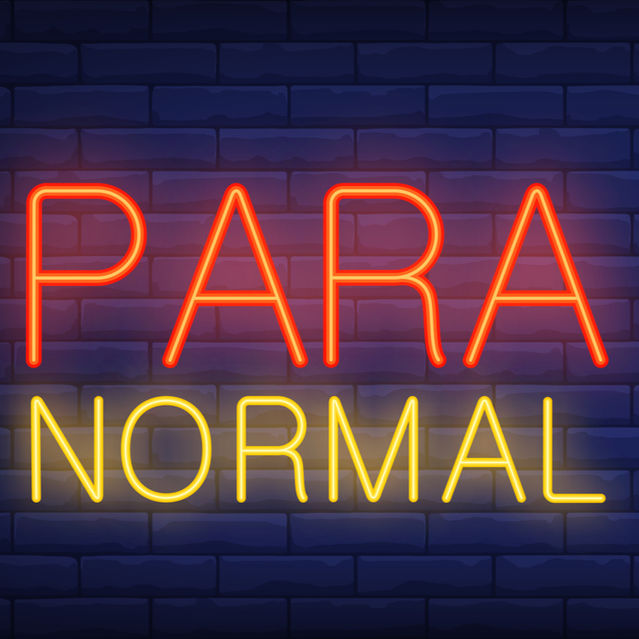 The term Paranormal has existed in English language since at least 1920. The word consists of Para and normal. The scientific explanation of the world around us is normal and anything beyond or contrary to that is Para. This term paranormal is used to label phenomena, which interrupt basic limiting ethics of science. The question of why so many people, including the well-educated, believe in the possibility of such phenomena? Paranormal beliefs are wide spread through media. Many psychologists and other behavioral researchers have been interested in many years in why normal people sometimes hold beliefs about themselves and their worlds that appear to be predisposed, illogical, or differing to what most other people believe. Some research revealed that beliefs in the paranormal depends on higher rather than lower education and intelligence.

A Belief is a cognitive representation of propositions with the load of emotions. The term paranormal are also be defined which means beyond the usual experience and scientific description. It is phenomena that beats the limit of scientific norms and it contains extra sensory perception, psychokinesis and survival of consciousness after death. Paranormal beliefs are the solid beliefs on ghosts, extra-terrestrial life, psychic abilities and extrasensory perceptions.

A study says, if you read about paranormal experiences you are more likely to believe on it. This topic is debatable. Some people believes it’s a fraud but many people believes in ghosts.  Paranormal investigators are those who investigates haunted locations by using psychic abilities also known as “Ghost hunter.’’ While searching they use some type of electronic mediums and sometimes they make spiritual connections.

Born on 18th December 1955. At his initial stage of life, he was not much interested in spirits but at the age of 16, he saw transparent apparition near his bed who was shaking his head. By talking his mother john came to know that his grandfather used to shake his head like this when he was angry. Her grandmother died just days after the incident. Following this incident john started study paranormal stuff. He came in many paranormal reality TV shows like SYFY, haunted collector. In 1998 he developed paranormal and demonology research society, which they are still running. He has also made a documentary movie on paranormal activity.

Gauruv was born on 2nd September 1984. He was a CEO of indian paranormal society. Gauruv experienced some paranormal activities during his graduation period that led him toward paranormal world. He came in many international shows related to paranormal activities like haunted Australia. He also has done many indian shows. His most famous investigation was related to “bhangarh”. He busted many myths related to “bhangarh” by investigating that place. Many famous indian channels like ZEE entertainment and Star tv featured Gaurav in their channels. Gauruv’s mysterious death occurred on 7th july 2016. His body was found in bathroom. The cause of his death is still unknown. Some people has given reasons for his death but there is no solid evidence behind them.

He was born in late 19th century. He considered himself “witch hunter.” He translated 15th century book “Malleus Malefic Arum” in English. They also believed in “vampires.”

Summers was oxford graduate. Initially he wanted to be priest. It is believed that in 1920s he walked around in a black dress in England for witch hunting. Some of his popular work includes witch crafts and black magic. Summers can be called paranormal historian more than a paranormal investigator because he has studied the history of this subject very deeply. Most of the people believes that his articles and books are fictional. But he had great knowledge about this field that’s why he is in the list of “paranormal investigators.”

Harry was born on 17th January 1881. He was parapsychologist and psychic researcher. He became famous when he exposed many fraud spiritualist’s or fake spiritual mediums. In 1920 he joined society of psychical research and with his knowledge he exposed “friedrich mining” who claimed to have contacts with spirits. Later ‘mining’ confessed that he is just a good voice changer. Harry also published some books in his later life that are:

He died on 29th march 1948. In 1950 ‘Paul Tapponier’ wrote a book on Harry named “harry price biography of a ghost.” Due to this book harry got a lot of fame and that’s why he is in this list.

A top paranormal investigator lists also have the name of Warrens. There are a lot of horror movies have been made on warrens investigation. Famous among them are: Conjuring collection, the Nun, The Amytiville Horror series.  He also has his own museum where evil objects like ‘Annabelle Doll’ are present. This place is sometimes open for public. Warrens has also been accused of being fake. There is a lot of controversy on this. Paranormal topic is itself is controversial. But such things have to do with people’s beliefs.

Reasons behind their beliefs:

The people belief in paranormal is a well-known phenomenon and there are many reason behind these beliefs.

And the second reason is role of media, as we know that every person has its own beliefs, but Media play a significant role because media has such stuffs e.g. advertisements and serials that are related to these beliefs, when people see these stuffs and produce a long-lasting effect on people’s mind. When literate people have exposure with these then they started to prefer these beliefs, but they have less belief as compared to uneducated people.

Another reason is Misperceptions as sometimes literate people misinterpret the situation. They thought that things go wrong as they perceive them wrong, so they believe in these perceptions and their beliefs become strong.

Delusional thinking is also the leading reason behind these beliefs preferences, as literate people prefer less paranormal beliefs but sometimes they prefer because of fear. In their opinion, something wrong happened to their family if they do so then they feel fear and believe on some beliefs as told by their elders, so it is a major reason that people prefer these.

To conclude that why literate people prefer such paranormal beliefs, and this study confirmed that family, society and media are the reasons behind these beliefs, but education provides awareness so literate people less prefer these beliefs. However, these are reasons that why people prefer or not, but these beliefs can only stop by person itself when they have awareness and knowledge about everything they can stop because they think logically. Some people are just preferring these because of wrong perceptions that makes their beliefs strong and person feels stress and creates problems for themselves.