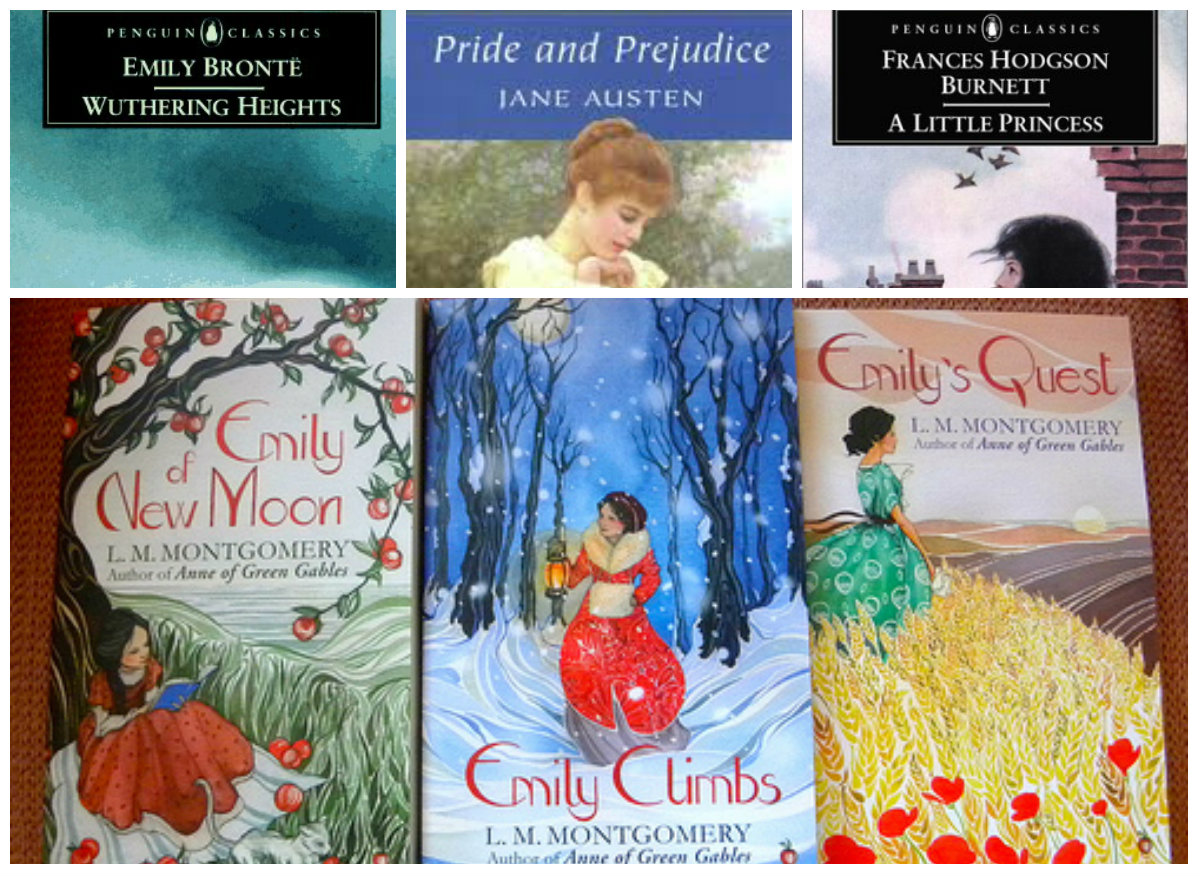 “Whatever comes,” she said, “cannot alter one thing. If I am a princess in rags and tatters, I can be a princess inside. It would be easy to be a princess if I were dressed in cloth of gold, but it is a great deal more of a triumph to be one all the time when no one knows it.”

Sarah Crewe’s father Captain Richard Crewe dotes on his little girl who has been living in India. Wanting the best for his daughter, Captain Crewe enrolls Sarah at Miss Minchin’s boarding school for girls and pays for his princess to be treated exactly like a princess with her own carriage, her own special bedroom and a maid to wait on her. Despite the indulgences, Sarah remains sweet and humble with everyone at school. The headmistress, Miss Minchin treats her with sweetly disguised regard which is in fact a loathing for the girl. When Captain Crewe suddenly goes bankrupt and dies, life takes a drastic fall for Sarah. Everyone’s behavior toward her changes and she becomes a lowly servant from the school princess. All her belongings are confiscated, and instead of being a student at the school, she becomes part of the help and is constantly abused and demeaned by Miss Minchin. The novel A Little Princess is about how Sarah manages to remain a princess even when she isn’t a princess anymore, with her faithful friend and fellow-servant Becky. The extraordinarily imaginative girl has proved an ideal for many a reader of her age ever since the novel was written.

“I cannot express it; but surely you and everybody have a notion that there is or should be an existence of yours beyond you. What were the use of my creation, if I were entirely contained here? My great miseries in this world have been Heathcliff’s miseries, and I watched and felt each from the beginning: my great thought in living is himself. If all else perished, and he remained, I should still continue to be; and if all else remained, and he were annihilated, the universe would turn to a mighty stranger: I should not seem a part of it. My love for Linton is like the foliage in the woods: time will change it, I’m well aware, as winter changes the trees. My love for Heathcliff resembles the eternal rocks beneath: a source of little visible delight, but necessary. Nelly, I am Heathcliff! He’s always, always in my mind: not as a pleasure, any more than I am always a pleasure to myself, but as my own being.”

Narrated by Mr. Lockwood, this novel is set in a moorland, mainly in two households; Wuthering Heights and Thrushcross Grange. Wuthering Heights is the love story of Catherine Earnshaw and Heathcliff, and also involves a lot of revenge and hatred on part of Heathcliff. Torn hearts, misled desires, uncontainable passion, clever deceit, and cruel intentions seem to make up this renowned novel. The two central characters are intensity personified and make for unforgettable protagonists. The story is written with commendable detail, not one chapter boring, not one word useless. Being Emily Bronte’s only novel, Wuthering heights seems to contain all her soul inside it. This story of two passionate lovers, their life and their families, and then the story of their respective children, is one story that will keep you hooked for all your life. Bronte has weaved an intricate plot with addictive and almost crazy characters too fiery for their own good. The novel has been included in the literary canon almost since it was published.

“But there is a destiny which shapes the ends of young misses who are born with the itch for writing tingling in their baby fingertips, and in the fullness of time this destiny gave to Emily the desire of her heart—gave” (Emily of New Moon)

Emily Byrd Starr, an orphan who goes to live with her well-meaning but strict aunts after her father’s death, is my favourite fictional character. A young aspiring writer with countless obstacles in her way, she is an inspiration for all writers out there. The Emily Series is not as well-known as Montgomery’s Anne Series but definitely deserves the same if not more attention and applaud. Throughout the trilogy, we follow Emily growing up with her family and new friends Ilse, Teddy and Perry. In Emily of New Moon, we see the girl settling into life at New Moon with her aunts and the amusing character sketches she writes in her notebooks are as entertaining as the incidents themselves. We see her budding friendships, and the interest she takes in lives of her friends, as well as Emily’s discovery of herself. In Emily Climbs, we see the protagonist growing up and slowly but actively inching toward her dream of becoming an acknowledged writer, trying to win hearts of her disapproving aunts and neighbors. And Emily’s Quest needs no introduction. You shall have to read and find out for yourselves.

One of the most beloved classic English novels, Pride and Prejudice is perhaps Austen’s most famous. Like all her other novels, it deals primarily with the theme of marriage within the English society and the role of social classes. Mr. and Mrs. Bennet are fortunate enough (or unfortunate) to have five young, eligible daughters brought up by their mother only with the purpose of finding prospective husbands. When Mr. Bingley and his friend Mr. Darcy move into their neighbourhood, the society is instantly very intrigued. Balls are held, parties are arranged, they’re invited to dinner and everyone is in a frenzy over who shall marry who. Even though the novel has its reputation for its portrayal of the institution of marriage, it deals with numerous other matters of importance such as morality, the role of women, class differences and education. Reading Pride and Prejudice, we follow Elizabeth Bennet and her sisters in their experiences. The characters of Mr. Darcy and Elizabeth are wonderful to read and they have both been fictional infatuations of readers throughout the centuries of their existence.