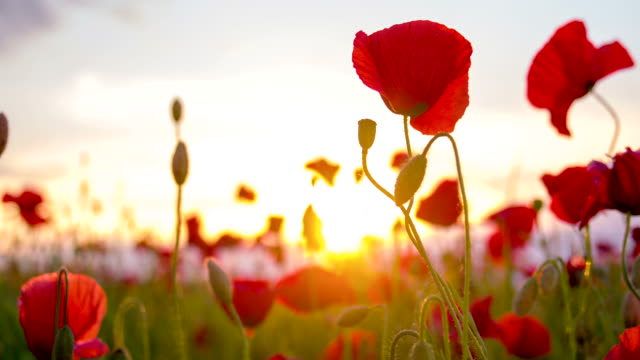 August is the last month of the summer season. In a yearly calendar, August month comes at the 8th number. This month has 31 days.

During Roman times August month has 31 days. King Numa had expanded the calendar from ten to twelve months. After King introduced January and February August month reduced to 29 days. Due to rebellion pressure, the Roman senate changed the beginning of the civil year from March to January. Therefore, August month became the 8th month.

When Julius Caesar introduced a new calendar system, he then expanded the August month to 31 days.

August month has the following some historical names:

August Month in Other Languages

Following are some important days which come or happened in the month of August:

Famous people who born in the month of August are following:

Some unique and interesting personality traits which August-born people have are following:

14th August is a very important day for Pakistan. On 14th August 1947, Pakistan achieved independence. Muhammad Ali Jinnah was the founder of Pakistan. On this day Pakistan came into existence. After the end of the British Raj Pakistan was declared a sovereign nation.

There is a national holiday on this day in Pakistan. Pakistanis celebrate this day full of zeal and zest. Every boy and girl, young and old are in full enthusiasm and feels very patriotic. Many events happen on this day. Main ceremony held in Islamabad. The national flag is hoisted at every government and private buildings which is also followed by the national anthem. There are flag-raising ceremonies, parades, cultural events in government places.

Patriotic songs are playing everywhere. Every house, street, the building is decorated with green fairy lights, flags, and strings of flags. This day is an occasion of patriotism and national unity. There are lots of fireworks and airshows happen on this day to celebrate. People used to wear green and white dresses and badges on 14th August. On this day many people visit Quaid Mazar and Minar-e-Pakistan. We celebrated the 74th anniversary of Independence Day on 14th August 2021.

August full moon is named as sturgeon moon. The reason behind naming this moon as sturgeon moon was that giant sturgeon of the Great Lakes and Lakes Champlain were caught during this part of summer.

Sturgeon is a prehistoric-looking fish that have been traced back around 136 million years ago. Many people call them “living fossils”. Due to overfishing in the 19th century, Lake Sturgeon is quite rare today.

There are many other names of the August moon which are following:

This month has 3 birthstones:

Sardonyx is the traditional birthstone of August month. This gemstone is one of the most ancient August birthstones. Sardonyx was used for seals and signet rings in Roman times. At the time of battles, Roman soldiers wore images of Mars carved sardonyx rings for protection.

Sardonyx gemstone is a combination of sard and onyx. Sard refers to the ancient Percian city, Sardis. Sardis is now Turkey where red stones were found at that time. Onyx is a Greek word that means nail or claw. Sard ranges from yellowish red to reddish-brown. When Sard and onyx combine together to form reddish zebra stripped Sardonyx gemstone with white bands.

India is one of the prominent sources of sardonyx. Other sources of this birthstone are Brazil, Germany, United States, Madagascar, and Uruguay.

This is the modern gemstone of August month. Peridot is popular for its beautiful charismatic lime green glow. It was believed in older times that peridot was a gift of mother’s nature. We can also present this gemstone as a gift.

This gemstone gives magical power and healing properties to the wearer. It protects against nightmares. People often confused Peridot gemstone with topaz and emerald due to its greenish-yellow color.

Three Holy Kings shrine in Germany is decorated with 200 carats of peridot gemstones. It was believed that these stones on the shrine were emeralds but actually, they are not. Some historians even believed that Cleopatra’s famous collection of emeralds also had some peridots as well.

Peridot gemstone formed from the depth of Earth. This stone is formed when Hawaiian volcanoes erupt and come to the surface. In Hawaii, peridot stone symbolizes Goddess Pele who is the goddess of fire and volcanoes.

Moreover, this gemstone is also known as priests’ jewelry. Peridot protects the wearer from evils spirits and terrors of the night. The word peridot is an Arabic word.

In ancient Egyptian times, this green stone was also known as the ‘Gem of the Sun’. At that time these gemstones came from deposits on a small volcanic island called Topazios in the Red sea.

In Pakistan, ‘Kashmir peridots’ are some of the finest peridots ever found. These are more than 100 carats. The most productive sources of peridot gemstone are Arizona. Here 80 to 90 percent of the world’s peridot is present. Other sources are Egypt, Kenya, Australia, Norway, Sri Lanka, Mexico and the United States.

Spinel is also the modern birthstone of the month of August. This birthstone has a range of colors: Intense red, purple, orange, vibrant pink, blue, violet and bluish green. Most of the time people confuse Spinal gemstone with rubies.

In previous times people thought that spinel had powers to cure all types of blood loss and inflammatory diseases. It helps to ease anger and promote harmony. People use Spinel gemstone to celebrate the 22nd anniversary.

Gladiolus and Poppy are two birth flowers of August month. The essence of sunny late summer days has been captured by these vibrant showy flowers.

The Gladiolus flower also has the second name: “sword lily”. It has a long skinny shape with sharp leaves. This bold bloom found in red, pink, yellow, orange, purple and white colors.

The Gladiolus flower was very famous in ancient Roman times. At that time gladiator champions after their winning public showered and covered them with lots of gladiolus flowers. That’s why people call these flowers ‘gladiators’.

This flower is also the 40th-anniversary flower. During the 17th or 18th century this flower originated in South Africa. Because of its shape, this flower is named after the Latin word ‘gladius’ meaning sword.

By giving a gladiolus flower as a gift also means love at first sight or gift’s giver is pierced with love.

This beautiful poppy flower is famous for its bright red color. some people say that poppy flowers especially the white ones bloomed in battles. In ancient times poppy flowers had healing powers. This flower comes in many shapes and forms.

UK, Canada and France people also wore this flower on Armistice Day. Poppy is a symbol of remembrance for those people who lost their lives in WW1 and also hope for a future with peace. It further gives people the strength of character and imagination.

Hope you like this amazing article on August Month!