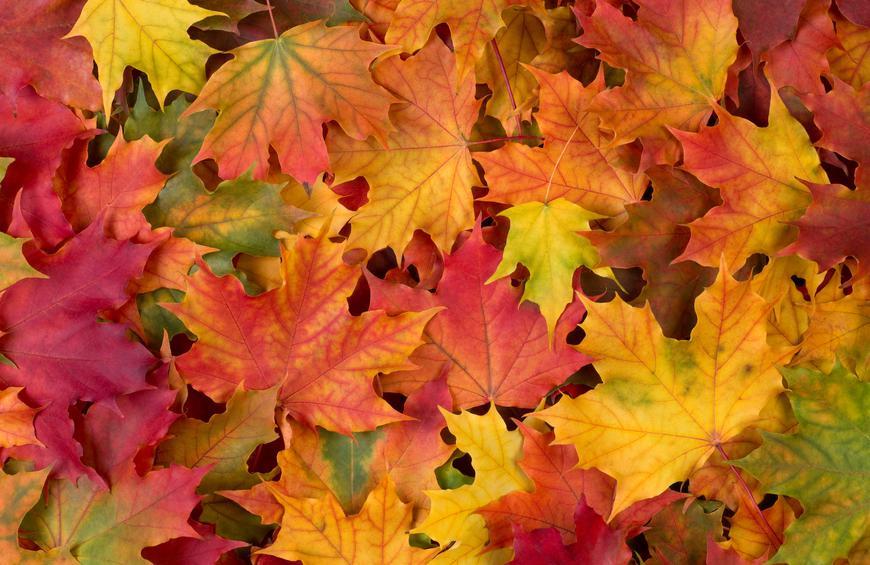 Each year is divided into four seasons that are: Summer, Winter, Autumn and Spring. Each season lasts for three months beginning of one season is the ending of the other season. The season is actually the changing of temperature and weather or what you called atmosphere over the year. This change happens because Earth tilts on its axis around the sun. That hemisphere has a summer season that tilted towards the sun. The hemisphere that tilted away from the sun has a winter season. So this is a brief overview of the season. In this article, we talked about the autumn season in detail.

The autumnal equinox starts when day and night are of equableness’. Each year autumnal equinox comes on 23 September. It tells us that we are entering the autumn season and now soon there will be loosing of daylight hours.

The term autumn comes from the ancient Etruscan word “autu”, which means passing the year. During 16th Century times, the autumn season was referred to as the harvest season.

Here are some old beliefs, rituals and practices that people used to do in back time during the autumn season:

The Autumn season is the big harvest time of the year. This is the time when crops are mature and ready to be harvested. For farmers, this autumn season is very important. They prayed for a generous harvest. This season tells you that how much the amount of a natural product is gathered in a single. Many harvest festivals are celebrated during this autumn season.

People also call the autumn season harvesting season; the time when ripe fruits and vegetables are ready to be picked by farmers. Harvest time plays a very big role not just for farmers but also for all people. Harvest time actually ensures food security for everyone.

If good quality harvesting is done then it will be beneficial for the whole country and its economic development. It also helps to provide employment opportunities. Many industries will open. Industries work well if the good raw material is given to them.

Poor quality harvest can lead to huge losses and damages. So every farmer works very hard and takes every kind of possible precaution, procedure and technique. Also, they pray a lot for a healthy, fruitful and good quality harvest.

As we know that autumn season is a transition season but this transition is not just for weather and temperature but also for our skin. The Autumn season is a call for everyone that winter is coming soon. In this season you feel that your skin is becoming dry. You should pay more attention to your skincare especially when it’s changing season. If you don’t update your skincare now, your skin will suffer in the whole winter season. So, here are few things you need to take care of for your healthy skin:

Many allergies and breakouts can affect your skin in this autumn season. Autumn season allergies can cause you a lot of stress. So, we have to keep them under control as much as possible.

In this season of transition, you can experience itchiness, dryness, redness, flakiness on your skin. If these allergies become severe they can be changed into swelling, rashes. There can be severe inflammation allergies and other types of breakouts. You have to take extra care in this dry and super allergic autumn season.

The Ragweed is the major cause of seasonal allergies. Ragweed is a pollen allergy. It is also known as hay fever. This allergy is the biggest trigger to start nasal allergies and allergic asthma and other varieties of allergies in the autumn season. Basically, the pollens of ragweed plants cause allergies to people.

Symptoms of ragweed allergies are Sneezing, itchy, watery eyes, rashes and runny, stuffy or itchy nose. It can increase asthma symptoms. This allergy can also cause headaches and an itchy throat.

You can prevent yourself from this allergy by limiting yourself to more indoor activities. You should avoid going outside much when pollen time is high. Wear a mask while going out so pollen will not come near to you and cause you allergy.

The Mold is another allergy trigger in the autumn season. Mold s a fungus/fungi which grow in any wet spots outside or inside. Basement, washroom, piles of damp leaves outside or other damp areas like this are ideal for mold breeding. People cause allergic reactions by inhaling the spores of molds.

Common symptoms of mold allergies are the same as other allergies which include sneezing, itching, runny nose, congestion and dry scaly skin. It also worsens asthma and causes hay fever. If this allergy becomes severe which is quite rare but if it does then it can be severe wheezing, coughing and shortening of breath.

To prevent autumn mold allergy, you have to limit outdoor activities. Wear a mask if you have to go out. Use exhaust fans and dehumidifiers in your house. Fix it, if there is any leakage and remove any sources of dampers. Improve the airflow in your house and make sure that rainwater completely drains out from the house. By taking care of these precautions you can reduce the growth of mold in your surroundings which ultimately keeps you away from this allergy.

The most prominent sign which we all see when the autumn season starts is that all plants and trees start to change their color. This changing of color happens when leaves stop producing green-tinted chlorophyll. Chlorophyll actually allows leaves to capture sunlight and make energy. Most plants stop giving food in this autumn season because of its colder temperature.

In the autumn season everywhere there are pleasantly beautiful scenes of gold, red and yellow leaves of every plant and tree. It looks so eye-catching and almost like gorgeous scenery. Many people plan to go outdoors to spend time with their family and loved ones while enjoying this amazing season.

Autumn blooming flowers will enhance the beauty of your garden in this season. There are many autumn flowers out there some of them are following:

These flowers are the best-known autumn flowers. It actually a jewel of autumn which blooms through the fallen leaves. Crocus flowers create a festival color. This flower is small but has very beautiful bright colors. Turkish species of this flower are very unusual and have stunning blue marbled petals with silver stems. It is a very exquisite color combination. These flowers can be damaged or spoiled due to heavy rains so plant them under shadow or beneath the trees so that heavy rain cannot directly approach them.

It is a pleasing flowering herb. Chrysanthemum Flower is a native flower in Asia. It comes in a variety of shades, sizes and shapes. This flower is available in festive seasonal shades of red, yellow, orange and pink.

Fruits and vegetables which grow in the autumn season are the following:

What Animals and Birds do in Autumn Season?

During the autumn season animals and birds begin to store their food before winters. Animals also find a safe hidden place in this fall weather so that they stay warm and dry during the winter season. Warms places can be inside trees underground or under rocks. Animals and birds actually make preparations for the upcoming winters in this autumn season. Squirrels gather food acorns, bears east extra food to store extra fat in their bodies and other animals grow warmer coats of fur so that they stay warm in cold, chilly winters.

When the autumn season begins most of the birds’ species start to migrate to warmer places where the temperature is not so cold and they can find food and a warm place to live in.

Rabbits grow thicker fur even dogs and cats grow their fur too so that they can stay warm for coming winters. Bears, chipmunks and skunks fall into a special deep sleep by lowering their body temperature. Hibernation term is used for this kind of deep sleep.

The word Diwali comes from the Sanskrit word “Deepawali” which means rows of lighted lamps. Diwali is a festival celebrated by people of Indian culture. In India, it is a fascinating and very amazing festival. Diwali’s second name is the festival of lights. On this occasion, people crack lots of fireworks. They deep clean their houses and lit them up with lots of lamps and fairy lights. ladies make beautiful rangolis at the entrance of their homes. Diwali is basically a five-day festival. People say prayers and arrange a big feast in every home. Diwali is the time to celebrate the victory of light over darkness and good over evil.

The story behind this festival is that Indian Lord Raman returned to his kingdom Ayodhya after completing his 14-year exile by defeating the evil King Ravan. Villagers lit up the path of Raman. So, Diwali is actually the victory celebration of Lord Raman. On this day people burn the statue of evil.

Dewali is actually the start of the year in Hindu culture. Everyone decorates, renovates their homes and buys new clothes for the upcoming year preparations. On this day people give sweets in colorful boxes to their friends and family. Everyone greets each other by saying “Happy Diwali”.

Thanksgivings celebrated in United States, Canada, Grenada, Germany, Japan and Libera in the autumn season. It is the day of praying, giving thanks, sacrifice and thanking God for the blessing of the harvest and the preceding year. Thanksgiving is a religious festival in the Christian community. In 1621, Plymouth colonists who were English pilgrims shared an autumn harvest feast with Wampanoag natives. Americans now know this day as Thanksgiving.

On this day people arrange a big feast in which Turkey dishes like roasted or stuffed turkey is the main star of the table. Other than turkey there are mashed potatoes, dinner rolls, pumpkin pie, cranberry sauce, green beans and corn is on the feast. All family members spend time together, recall their past time, cherish this traditional food feast and enjoy everything around them because nature is very beautiful in the autumn season around the year.

Halloween is “All Hallows’ Eve or All Saints’ Eve” celebrated on 31 October every year in the autumn season. It is the eve of the Western Christian feast of All Hallows’ day. Many countries celebrate this Halloween eve. Halloween is actually the evening before the Christian holy days and it honoring people who had gone to heaven. Hallow means holy and the day before All Saints’ Day was All Hallows’ Day which eventually become Halloween. This eve lasts for 3days. Halloween is also known as “All Souls’ Day”. The Celts introduced Halloween day.

Bats are the symbol of Halloween which represents death and letting go of the old ones and bring the new. They also symbolize the invitation and transition. On this day people dressed in different costumes and tell stories of witches and ghosts. Children go from house to house, knock on the door and call out ‘trick or treat’! They do so by hoping to have their bags filled with candy. The whole costume and decoration theme is very spooky. They decorate their homes with fake skulls, skeletons, pumpkins, lanterns, bats and all kinds of other spooky mysterious things.

Hope you like this beautiful article on Autumn Season!