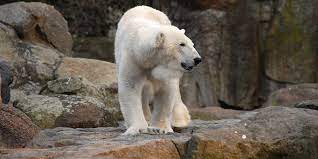 Have you ever thought about this whole universe, its mechanism or its formation or about its beautiful creatures? Have you ever imagined about the creation of this universe and how much we are blessed that we live on planet earth? The creator of the universe has beautifully designed the universe and chosen the best planet for its creation. On the other hand, what we are doing with this planet? Are we really protecting our planet? What we are up to? On a daily basis we heard some disturbing news about sea life issues or drastic climate changes but never show concerns towards their causes. We are so much busy in our lives that we really don’t care about it. These are some questions that I guess some of us usually think but not everyone is focusing on that and I guess this negligence is the cause of global warming.

What is Global Warming?

A gradual increase in the overall temperature of the earth’s atmosphere generally attributed to the greenhouse effect caused by increased levels of carbon dioxide, CFCs, and other pollutants. Normally, this radiation would escape into space—but these pollutants, which can last for years to centuries in the atmosphere, trap the heat and cause the planet to get hotter. That’s what’s known as the greenhouse effect. The use of plastic is the source of environmental issues. According to some facts, In the United States, the burning of fossil fuels to make electricity is the largest source of heat-trapping pollution, producing about two billion tons of CO2 every year. Coal-burning power plants are by far the biggest polluters. The country’s second-largest source of carbon pollution is transportation, which generates about 1.7 billion tons of CO2 emissions a year. These things affecting the earth and its creatures and the consequences would be scary.

Concern towards the topic

As per the above information, you will get an idea that I am going to talk about global warming and environmental issues. So here is a report that I am sure you will read or heard somewhere on TV or Facebook about the starving polar bear that sighted in the Siberian city in search of food. When I read it I was like wait! What? How is it possible? A polar bear that lives in its natural Arctic habitat and the polar bear traveled 100 miles and came to the city region in search of food. Doesn’t it heartbreaking? I never heard in my lifetime that polar bears visit city regions but I think this is an alarming situation for all of us just imagine that bears couldn’t get their seafood because of damaging sea life so what left on this planet? Every beautiful creature will die.

Polar bears are carnivores in nature. They found in Arctic Circle which is surrounded by the Arctic Ocean and the nearest sea and land areas. They belong to the brown bear family but show the characteristic that certainly they found in extremely cold regions. Even more, they are restricted as “vulnerable species” according to IUCN because of habitat loss due to climate changes.

1) Mainly Polar bears feed on ringed and bearded seals. Lean on upon their location, they also eat harp and hooded seals and scavenge on carcasses of beluga whales, walruses, narwhals, and bowhead whales.

3) When other food is inaccessible, polar bears will eat just about any animal they can get, including reindeer, small rodents, seabirds, waterfowl, fish, eggs, vegetation (including kelp), berries, and human garbage.

Conditions that made Polar Bears starved

All of us heard and read everywhere that stop using plastic it is dangerous for sea life. But we never give consideration to this topic. The sea is getting polluted day by day. Sometimes the oil drop into the seas that cause the end of my sea creature’s life and so on. Now just thought about it, that how everything is connected with each other on this planet that if we made a mistake on the micro level then how bad it will come out on macro levels. Like, take this as an example that if we don’t protect sea life than many other animals that stay on the seafood they would get the effect. And once those giant creatures start moving towards residential areas in search of food, therefore, what will we humans do then?

The local wildlife expert Oleg Krashevsky who covers the whole incident said that the female bear evidently weak and ill, lay on the grounds for hours and its feet full of mud as searching for food. It is the first polar bear in 40 years that sighted in the city region. Because bears don’t have that much excess of seafood as much as they need for their survival that can be caused that bears traveled towards the city. Seems like the wildlife experts are still working on it.

Wrap up the topic

I assume that after reading this you will promise yourself to try to make efforts to control global warming. Because if we save our planet probably only then we a chance of better life otherwise the damage will be on macro levels. seems like there are many things that are still in our hands to put some contribution to this cause. Otherwise, as a result, we will live in a healthy and save the environment. Above all, don’t use plastics, save electricity, minimum usage of gas and carbon, and don’t haram creatures as they are the beauty of this universe. Furthermore, we should tell others about global warming and the world’s alarming dangers so that everyone can aware of the facts and put their efforts. Keep your home, city, and sea clean and green.