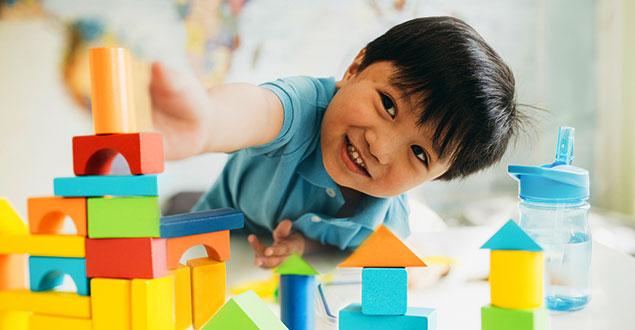 April is World Autism Awareness Month, and today is World Autism Day. In honor of the parents all around the world who are raising children on the autism spectrum, let’s all educate ourselves about this daunting condition. Here, 5 things you may not have known about autism:

There’s a kid with autism on every school bus.

Until this March, it was believed that 1 in 88 American kids were on the autism spectrum. But new research revealed in March 2013 found that it’s actually 1 in 50, according to the Centers for Disease Control and Prevention. The newer diagnoses tend to be milder cases, pointing to better awareness of autism behaviors rather than an increase in the condition itself. Since the average school bus carries 50 kids, this means that on average there’s one kid with autism on every school bus.

Signs of autism may show up well before 18 months.

That’s the age for an official diagnosis, but infants often show warning signs much earlier. A new study finds that infants who take a longer-than-normal time to shift their gaze from one object to another at 7 months are at higher risk of autism, for example. If you have concerns, talk to your pediatrician right away—research shows that parents are good at picking up early warning signs.

Early treatment can change the brain of kids with autism.

The Early Start Denver Model, an intensive early intervention program for toddlers with autism, “improves brain activity related to social responsiveness,” according to Autism Speaks, a science-based organization that supports research and public education on autism. They named that research one of the top 10 scientific advances in autism for 2012. They quote Tom Insel, MD, director of the National Institute of Mental Health: “This may be the first demonstration that a behavioral intervention for autism is associated with changes in brain function as well as positive changes in behavior.”

Some children may be able to outgrow autism.

In a small January 2013 study funded by the National Institutes of Health, researchers identified 34 people, aged 8 to 21, who no longer met the diagnostic criteria for autism. All had had fairly severe cases—not speaking at all by 18 months, or not using any phrases before age 2. While only a minority of children with autism may be able to outgrow it, the study adds evidence that early diagnosis and treatment can pay off in a major way.

Folic acid supplements may be preventive.

A February 2013 study in the Journal of the American Medical Association looked at 85,000 Norwegian children over six years. When their mothers took folic acid supplements during pregnancy, their children had about a 40 percent lower risk of developing autism. Folic acid supplements are currently recommended for every woman of childbearing years because it can help prevent spinal tube defects. Making sure you get enough folic acid before you get pregnant or know you are pregnant helps prevent spinal tube defects such as Spina Bifida, and may also help prevent autism.

As we turn our tools of science and medicine toward understanding autism, we can expect more improvements in the coming years. In the meantime, parents of children with autism need support—from schools, doctors, government, society, friends and family. Says James M. Perrin, MD, president-elect of the American Academy of Pediatrics, “We need to understand that these are really children first and children with autism second.”

How To Cook With Your Grade School Child
Pushing For An Early Delivery? Think Again
To Top