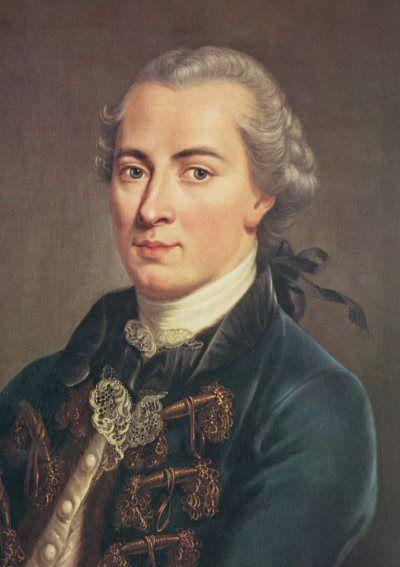 Immanuel Kant was a German philosopher who lived from 1724 to 1804. It means that he’s been dead for well over 200 years at this point. In his time, however, he was one of the most influential philosophers in all of Western history. He developed (among other things) an ethical theory known as Kantianism that remains influential to this day. If you want to learn more about Kantianism and why it’s such an important philosophical theory, read on!

Many people have heard of philosophy, but they may not understand that there are various schools of thought within philosophical frameworks. For example, Aristotle and Descartes are both philosophers; however, they operate under very different belief systems. When it comes to ethics, one of the most influential philosophers in recent history was Immanuel Kant. His theories on morality revolve around categorical imperatives. It continues to impact modern thinkers today. In fact, he’s a pioneer in moral theory. He has shaped how we think about moral and ethical issues for centuries. What exactly does Kantianism mean? And where did it come from? Let’s take a closer look at what Kantianism actually is.

The philosophy of Immanuel Kant was inspired by many intellectual giants before him, like Descartes and Hume. Their work pioneered what later became known as rationalism. It is a tradition that asserts that we can know certain truths about reality based on pure reason alone. This is an appealing notion, but there are some important pitfalls in assuming that our sense experience doesn’t require any interpretation by our brains. In his Critique of Pure Reason (1781), Kant seeks to reconcile these two seemingly conflicting worldviews into a coherent philosophical system.

The core concept of Kantianism:

The central principle of Kantianism comes from Immanuel Kant. His theory explained that there are two elements to action: a mental element and a physical element. The first, mental element consists of things like your desire or decision. He called these things imperatives because they are commands you give yourself. For example, you might decide to go to work every day at a specific time. If you decided that then it’s imperative that you follow through with it. The second part of an action (the physical element) is what you actually do. So if your imperative was to go to work then at some point in time you will have taken steps towards going to work like getting out of bed and putting on clothes for example which make up your physical action towards going to work.

What are Kantian ethics?

In philosophy, Kantian ethics refers to a series of moral theories based on Immanuel Kant’s moral philosophy. The label derives from Immanuel Kant’s categorical imperative and his deontological view of ethics. He first set out in his 1785 Groundwork of the Metaphysics of Morals.

The Roots of Kant’s Philosophy

Many of Kant’s ideas arose from his studies on metaphysics and cosmology, which in turn sparked his interest in mathematics. After graduating with a master’s degree in philosophy, he worked as a tutor for several years before becoming a private lecturer. But it wasn’t until 1770 that he published his first work, Universal Natural History and Theory of Heavens. This book would go on to become one of his most popular works.

The Critique of Pure Reason

Kant’s 1781 book, The Critique of Pure Reason, argues that we can never know things in themselves. All we can know are appearances, or how those things appear to us through our senses. In other words, knowledge and reality are two different things. This distinction between what’s real and what we think is real forms the basis for a lot of his thought on ethics—and it might also be useful in your personal life. A few things to think about: How do you distinguish between right and wrong? Are there any absolutes at all?

The Fundamental Principles of the Metaphysics of Morals

The term Kantianism refers to a system of moral philosophy based on works by the 18th-century German philosopher Immanuel Kant. These works, which are classical in Western philosophy, include Fundamental Principles of The Metaphysics of Morals and Critique of Practical Reason. In these texts, among others, Kant expounds on his concept of duty (deontology) and elaborates his account of human freedom (autonomy).

He goes on to discuss practical reasoning as it relates to ethics. For example, if you know that lying would be wrong but realize that telling your friends you lost their phone will prevent them from being angry with you when they discover it’s gone – then lying may be an appropriate action in order to reduce conflict and keep relationships intact.

Religion Within the Limits of Reason Alone

Immanuel Kant attempted to reconcile rationalism, especially that of Descartes, with empiricism. He later called his philosophy transcendental idealism. In his view, the human experience of things as determined by nature comes through our five senses and is therefore dependent on what we can know rationally. As such he set limits on knowledge in order to make room for faith. The thing-in-itself or noumenon forms a limit that we cannot go beyond; however, it must be realized that even while knowing things as they appear in our experience, their actual nature may exceed what we can imagine from our vantage point.

Immanuel Kant’s moral and political philosophy, as set out in The Metaphysics of Morals (1797) and Perpetual Peace (1795), may seem to have been superseded by his earlier work on metaphysics. It actually exemplifies two key concerns of his later philosophy:

(1) how we can know right from wrong, and thus how we should behave

(2) what steps we can take to bring about a lasting peace.

To answer these questions, Kant’s theory in these works rests on three basic principles: individual autonomy, or our ability to control our actions; happiness as morality’s ultimate aim; and republican government.

Neo-Kantianism refers to several 19th and 20th-century movements based on Enlightenment philosopher Immanuel Kant’s critical philosophy. The developments of neo-Kantianism have been strongly influenced by Friedrich Wilhelm Joseph von Schelling, G. W. F. Hegel, Johann Gottlieb Fichte, and Hermann Lotze among others. Neo-Kantians often sought to adopt Kant’s doctrine to contemporary issues and contextualize it with a historical understanding of his work (through Georg Wilhelm Friedrich Hegel or otherwise). With increasing specialization in academia in general during much of the 20th century, neo-Kantian became a label for a tradition within German philosophy that has largely fallen out of use by contemporary scholars.

According to Kant, morality can be derived from reason and our natural law. His system of thought is considered a form of deontological ethical rationalism: what matters most in making moral judgments are universal laws that are prescribed by reason. Much of his work centered on trying to determine how we acquire knowledge about what things we should do; he sought to provide empirical grounds for human freedom (though not necessarily free will). Some take him as defending an idea of moral equality by insisting that people are entitled to universal rights (e.g., liberties) and duties on account of their being ends in themselves—that they count intrinsically—and not merely as a means toward other ends.

What is Rationalism?
What Is Liberalism?
To Top