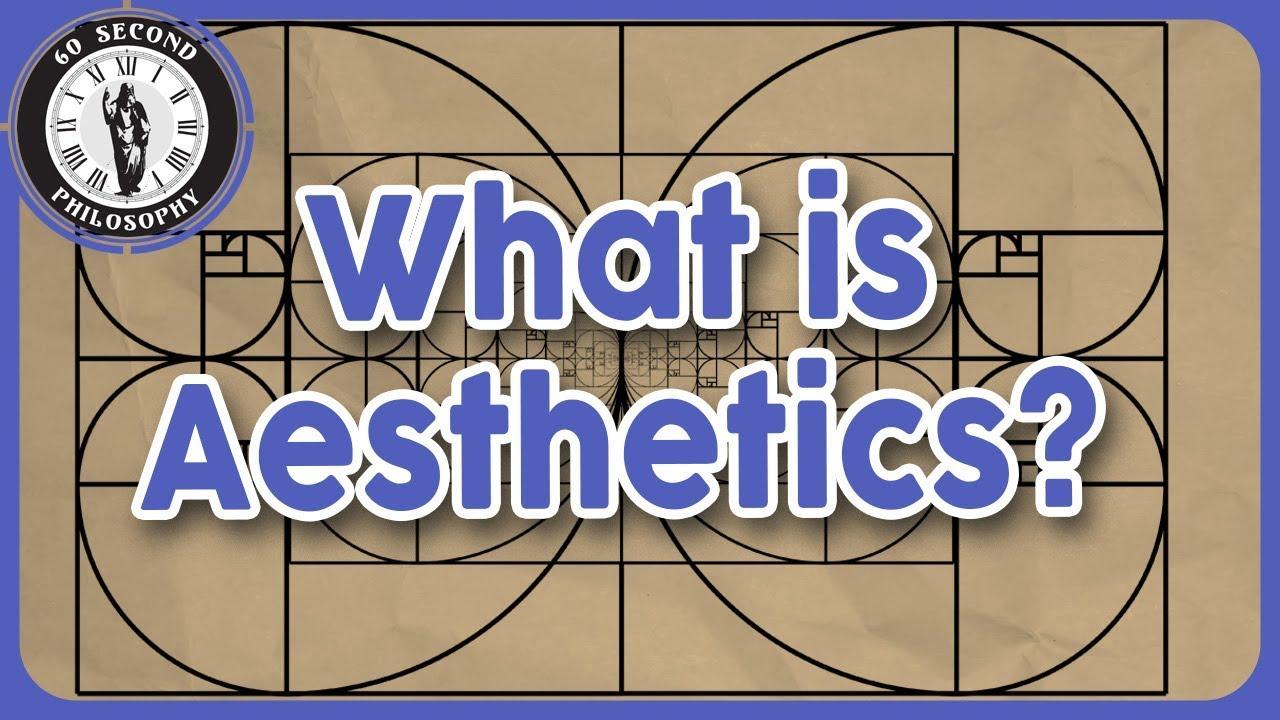 If you’ve ever wondered what the word aesthetics means, you aren’t alone! A lot of people know that aesthetics means something to do with art, but that isn’t actually correct, as we’ll discuss in this article. To find out exactly what aesthetics means and how to use the word in your daily life, keep reading! We’ll also talk about the origin of the word and its use in history. A person who studies aesthetics is an aesthete.

According to Plato, aesthetics is beauty, which helps one to be moral. Other definitions of aesthetics have suggested that it is that branch of philosophy dealing with sensory or sensuous experience as a way of perceiving and experiencing things. In short, aesthetics is a part of philosophy that seeks understanding through all senses (taste, touch, smell) and emotions.

This term encompasses several branches of art such as music, architecture, and literature. The aim here was to analyze whether there are any parallels between different arts. So I am going to talk about my personal feelings on music, which I believe can be applied across most if not all other art forms too because we are looking at how a product can give us an aesthetic experience.

Look at a work of art, a classic example of aesthetics as applied to everyday life: Michelangelo’s David. Its beauty not only lies in its sense of proportion but in how it’s conveyed through the stone. The human body is not typically made from marble; it is fragile and weak, something Michelangelo might have considered before beginning work on his masterpiece. But it was his careful attention to detail and determination that resulted in such a stunning piece of artwork. If he were to take those same exacting standards with him into daily life, one wonders what sorts of things he might create.

Visual aesthetics is what draws us to an art piece in a museum, or music that makes us shiver. It’s our experience of the beautiful or the sublime. But what actually makes an object (or a work of art) aesthetically pleasing? While there are several theories that explain why people find some things visually appealing and others not, they all revolve around one basic principle: symmetry. Symmetry has been shown to be one of the most powerful determinants of attractiveness across cultures, with abstract shapes such as circles and triangles rated more attractive than asymmetrical objects like human faces.

The 4 elements of beauty

Since beauty is such a subjective term, there’s no formula for creating it in your space. But most decorators agree that there are four main components: Balance, proportion, texture, and color. While you may have different personal preferences for each of these elements, keep in mind that overdoing any one of them can quickly lead to a gaudy or off-putting design. Work with one element at a time; play around with furnishings until you find just the right scale for your room.

Aesthetics and philosophy of art

The aesthetics of an artwork can be thought of as its sensory perception, or what it looks and sounds like. The philosophy of art is more concerned with a work’s creation; more specifically, questions of what art is and how it can be defined exist in philosophy alongside questions about if art needs to follow objective rules or if it can encompass various forms.

This distinction sometimes applies to music. For example, an orchestra performing Stravinsky’s The Rite of Spring could be considered either following rules as they interpret his composition (philosophy), or making a piece that could itself be called a work of art. Existence sometimes raises philosophical issues: For example, does a musical note exist before it is sounded? Does Beethoven’s Fifth Symphony exist before its performance?

If a tree falls in a forest and no one is around to hear it, does it make a sound? That is, what if you watch an implausible movie plot—one that makes you groan in disbelief—and no one else hears your protests of disbelief. Are you really experiencing something outside yourself? The human aesthetic faculty gives us access to ideas like beauty and ugliness that go beyond our own experience. It lets us criticize movies, poems, or prose novels even when we haven’t had personal experience with them.

Though most of us don’t think about them, there are common elements and principles that govern how humans perceive beauty. These universal ideas underpin aesthetics: If a person is working on a project, for example, and he or she is going to create something that other people will see, that artist will probably want to make sure it fits these universal aesthetic rules in order to maximize its appeal. Beauty isn’t just an emotion; it’s an objective concept. Anybody with eyes can spot when something doesn’t fit these rules, even if they can’t put their finger on what exactly is wrong with it.

Any code of behavior or ethics based on or concerned with what is beautiful, especially in art. It also refers to philosophical works about art, usually written from an idealist standpoint. Historically, aesthetics and related disciplines such as art criticism have been labeled under various other names such as philosophy of beauty, general aesthetics, analytic esthetics, philosophy of literature, and philosophy of perception. The discussion around what is art has generated one of history’s great debates.

The importance of aesthetics

In certain cases, aesthetics will be your deciding factor when choosing a service or product. For example, in most restaurants and hotels you are also choosing what type of food and drinks to consume. When you decide on a movie to watch, you will choose based on both storyline and how visually stimulating it is for you. People can notice that some things look more beautiful than others.

So by studying aesthetics we can further enhance our own observation abilities. Perhaps your customer tends to buy more products with high aesthetic value rather than with low ones, then we need to learn some ideas to create attractive services or products with aesthetics plays an important role.

How do you improve your knowledge about aesthetics?

There are many places where you can learn about aesthetics and most of them are free. The easiest way to start, however, is by studying books written by people such as Plato, Kant, Hume, and Merleau-Ponty. Beyond that point, there are many different options available to you: visit an art museum (or several), explore art history classes at your local university, and become part of an aesthetic community (many cities have groups centered around philosophical aesthetics). The best way to really get a hold of things is to immerse yourself in them. Think of it like learning a language. How do you learn any language? By spending time with other speakers and being exposed to its culture!

Aesthetics is classified as the art of beauty, aesthetic aims to create harmonious and beautiful objects, environments, and experiences. It is a term used by philosophers to refer to anything that gives intense pleasure or deep appreciation—something that is pleasurable to an eye or an ear, something that pleases all of our senses at once. The study of aesthetics also pertains to one’s ability to describe what he or she perceives in a way that not only leaves an impact on others but also makes sense.

What Is Atomism?
What is Rationalism?
To Top