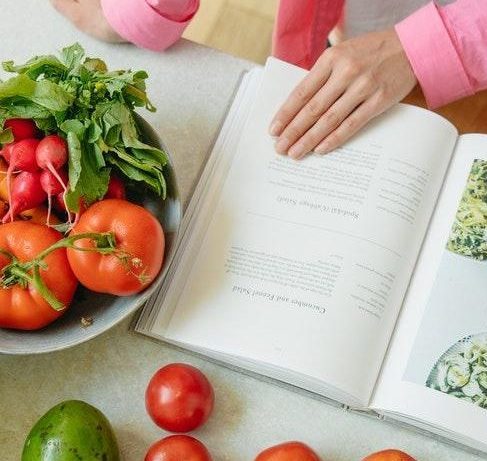 G.M. foods are basically Genetically Modified foods. These foods derive from or produce by GM organisms. Let’s discuss the benefits and risks of genetically modified foods.

How GM foods are prepared?

With the process of genetic engineering, the DNA of GM organisms has been modified. The process does not include forms of genetic alterations such as selective breeding and mutation breeding. Typically, it involves modification by taking a gene from another cell type and altering it into the GM organism DNA, also known as the recombinant method.

Industrialists may target animals and plants. The microinjection method uses a fine needle in order to inject a solution of DNA into a developing embryo. Agrobacterium which typically causes diseases in plants is used to infect plants with genes of interest. On the other hand, a particle gun shoots small bits of metal coated with the gene into the plant.

Most GM foods available in the market are plant products that have gone genetically modified. Examples include:

Industrialists modify genetically modified foods genetically in such a way that these foods will benefit mankind in terms of what we eat. Normally, two main aspects improve by this process of genetic modification:

Genetically modified foods result in the increased output of crops. The foods produced have an increased duration of shelf life and have more nutritional value than others. Along with maximum health benefits GM foods also own numerous medical benefits.

As GM food processing includes modifying genes, this is also called as recombinant DNA technology, molecular cloning, and genetic engineering. Restriction enzymes play a role in “cut” DNA segments from one genome while DNA ligases “paste” them into another genome.

As described in the characteristics above, these modifications can make GM foods a better choice in the market. Geneticists usually modify GM crops to make them resistant to pests as well as pesticides and herbicides. GM foods are either pesticide-free or pesticide-resistant which indicates that these foods are healthier than normal foods. Now, we do not have to eat pesticides and herbicides.

Overall GM foods are better for our health, just like organic plants. There is also a method to make GM crops resistant to disease and other drastic environmental conditions. That is why there is a high probability that these crops will survive widespread diseases or plagues as well as droughts and floods. It increases the gross output of crops. GM crops can also be altered to maintain a higher gross output amount than normal crops. This results in a higher income when selling crops to commercial farmers. Subsistence farmers will have more to eat and more to store for harsh situations like rainy days.

GM foods have a longer shelf life and can store for longer periods of time without going worsen. Probably, it is good for the marketability of the crops. This is because the crops will be available for a long time before being sold or consumed. Industrialists mostly alter genetically modified foods for extra nutritional value gaining more health benefits.

The processing of GM foods also includes modifying crops to produce an extra amount of healthy substances such as Vitamins as well as things like Iron and Antioxidants. Certain genetically modified foods like bananas are usually modified in a way to serve as vaccines for certain diseases. These vaccines are ingestible along with the bananas making them convenient and less painful than injections.

Safety is a major problem in this controversy. GM foods might exert health risks to consumers though none of such cases have been documented yet. Scientists and pressure groups like WWF and Greenpeace insist that there is no guarantee.

Genetically modified foods may have effects on ecosystems. They can decrease the number of pest insects in farmland and affect biodiversity, or by reducing the use of insecticides.

Some reports also claim attempts to measure the impacts by farm-scale trials of GM crops, although they have been controversial. The disadvantages and effects of horizontal gene transfer have also been reported as severe concerns. There is a possibility that genes can spread from modified crops to wild relatives.

Insects can develop resistance to the pesticide-generating GM crops. Herbicide-tolerant crops can cross-pollinate weeds, which may result in “superweeds”. Particular products of the gene may be allergens and can cause harm to human health. There may be an unintended risk of harm to wildlife and other beneficial insects.

The most concerning the hazard of GM food is the gene transfer to non-target species during processing. Herbicide-resistant plants and weeds can cross the breed and produce “superweeds”. To address this problem, it is important to create sterile male plants that don’t produce pollen. Engineering the plants so that pollen does not include foreign genes is mandatory. Industrialists can also create buffer zones of non-GM crops around GM crops. The buffer crops should not be harvested.

Genetic engineering of genetically modified foods can potentially introduce or create allergens, such as inserting genes from a nut into another plant can be harmful to people who are allergic to the nuts.

GM foods can also exert unknown health risks. The biological processes involve hundreds of thousands of interactions. It is often difficult to characterize every possible interaction. Thus, the causes to exert such risks may not be identified which can result in more disturbance.

Related: Top 10 Foods That Cause Allergies

GM seeds are patented so there is an elimination of the competition. The suicide of seeds is also a major issue noted in GM foods. There is a production of plants with sterile seeds that are infertile. Plus, the farmers become pressurized to buy seeds every year.

However, some industries have reduced costs or donated GM seeds to impoverished nations.

It is essential to create a balance first. Other than that, it depends on each individual case production of the GM foods. Several GM organisms involve different genes inserted in different ways. Individual genetically modified foods and their security assessment on a case-by-case basis. It is not possible to make a general statement on the safety of all GM foods.

Consumers, the government, and geneticists should be responsible for weighing the benefits against the costs.

GM foods that are currently present in the international market have gone through risk assessments. The available foods are not likely to exert risks to human health. In addition, in the countries where genetically modified foods have been approved but no effects on human health as a result of the consumption of such foods.

Related: A Guide About Healthy Eating: Which Foods Are Essential In Routine

Here are the answers to the most commonly asked questions related to GM foods:

Is there any way to identify GM foods in the market?

Basically, the physical looks of most GM foods are similar to their conventional counterparts. Biochemical analyses like Polymerase Chain Reaction (PCR) or Enzyme-Linked Immunosorbent Assay (ELISA) are the two ways to differentiate them.

How are GM foods regulated nationally?

The way governments regulate GM foods varies. In some countries, there is a possibility that GM foods cannot be regulated. Countries with legislation in place concentrate more on the assessment of risks for consumer health. Countries with the provisions for GM foods also regulate in general, considering health and environmental risks.

When we eat plants and animals what happens to DNA or genes?

When we eat DNA or an animal we eat, eats DNA, the DNA strands break down by the digestive system besides the other food components such as proteins, and carbohydrates.

Which countries are the biggest producers of GM foods?

The biggest producers of GM crops or GM foods are the United States, Brazil, Argentina, and Canada.

Why do farmers grow GM crops?

Family Meals: Poaching 101
What Is The Impact Of Genomics On Nutrition?
To Top