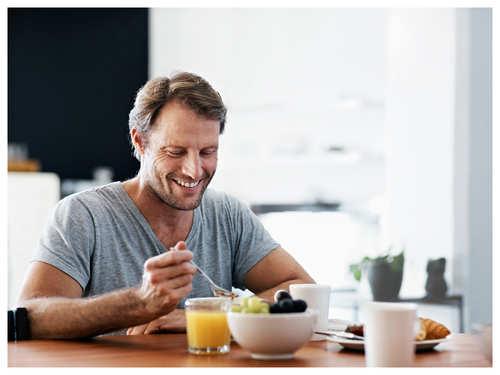 Men need superfoods, too. While both guys and gals need a similar balanced diet, men in particular can benefit from certain foods that support sexual health and lean body mass, and protect against the biggest man killers: heart disease and cancer, including prostate cancer. You might even consider the following food mandatory

Many men love meat, so why not go wild? Bison has a rich American history, and a serving has much less fat, fewer calories and more iron than beef. Bison is generally raised naturally on grass rather than fattened up in feedlots. Not sure where to buy bison meat? For optimal health, you don’t want to eat red meat every day, so why not make it special?

Oysters are richer in zinc than any other food, and zinc can increase the quality and number of sperm, according to Know More TV’s nutritionist Erin Palinski, RD. (No wonder oysters have a sexy reputation.) The prostate, it turns out, has a high concentration of zinc; research has found that men diagnosed with prostate cancer who have more dietary zinc have a lower risk of mortality than men with less zinc in their diets.

An ounce of pumpkin seeds contains more than a third of a man’s daily recommendation for magnesium, a nutrient men tend to fall short on. Low levels of magnesium can increase C-reactive protein, a marker for inflammation and heart disease, explains Palinski. Magnesium may play a role in preventing high blood pressure, heart disease, and diabetes, according to the National Institutes of Health.

These little guys pack impressive amount of anti-inflammatory omega-3 fatty acids, which can help improve heart health. Plus, they are packed with vitamin D and calcium for strong bones. Research has also linked eating sardines with improved cholesterol profiles. Plus, they are inexpensive and you can eat them right out of the can!

Yogurt doesn’t have a manly reputation but it should. When its fat-free or low fat, yogurt is filled with lean protein, great for maintaining muscle, and also packs Vitamin D and calcium, which can help fight excess body fat. But read labels to watch out for added sugars.