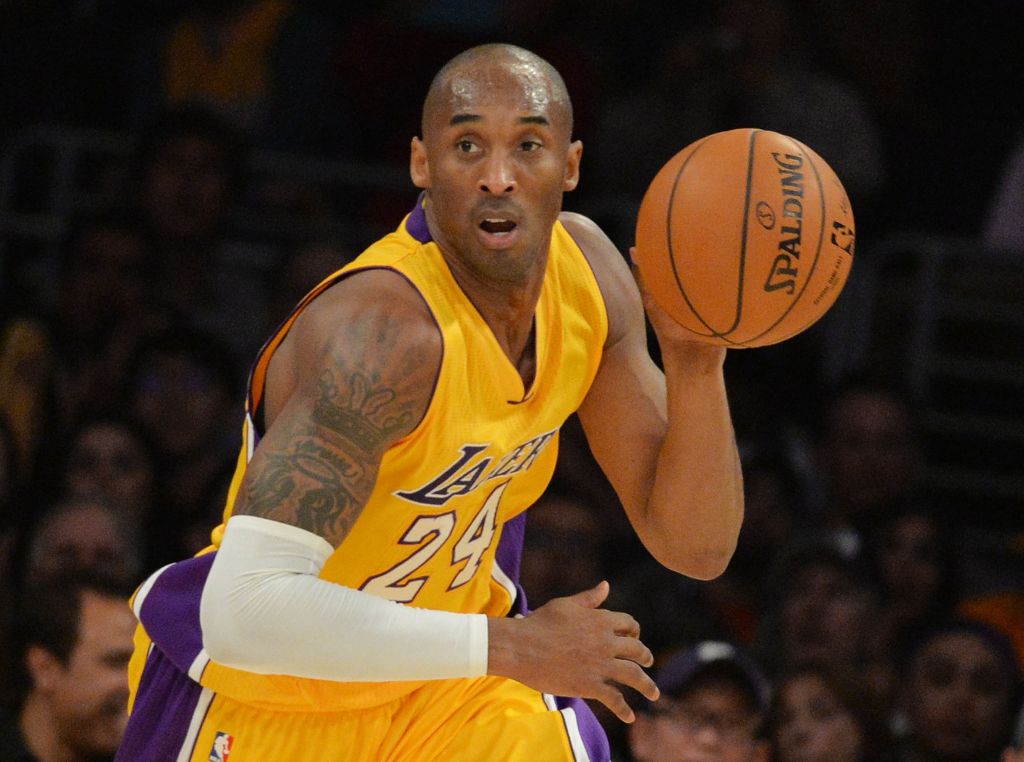 It’s the one thing you can control. You are responsible for how people remember you—or don’t. So don’t take it lightly. ~Kobe Bryant

Kobe Bryant played in the National Basketball Association, with the Los Angeles Lakers for 20 seasons before his retirement in 2016. NBA legend was often referred to as one of the best basketball players in the history of games. His passionate talent and outstanding spirit made him one of the best athletes of all time.

NBA Commissioner Adam Silver in a statement said, “For 20 seasons, Kobe showed us what is possible when remarkable talent blends with an absolute devotion to winning. He was one of the most extraordinary players in the history of our game with accomplishments that are legendary … But he will be remembered most for inspiring people around the world to pick up a basketball and compete to the very best of their ability.”

Bryant was born on August 23, 1978, in Philadelphia, Pennsylvania. He directly entered the NBA from high school at the age of 17. He was from an athletic background. His father was a professional basketball player. Bryant won the league’s Most Valuable Player award in 2008. Some of his great achievements are:

His preferred mode of traveling

It is known that Bryant had always preferred to travel by helicopter but he and his wife had this agreement never to travel on a chopper together.

A source told People magazine: “He and Vanessa had a deal that they would never fly on a helicopter together,” and that there is nothing on the reason behind this agreement.

In an interview on “The Corp” in 2018, Bryant explained that he choose to travel around by helicopter in order to keep up with his training, cutting on the time in traffic jam so that he can spend as much time as possible with his wife and daughters.
Answering a question on his routine and commute, Bryant told the host, “When traffic started getting really, really bad, I wound up missing, like, a school play because I was sitting in traffic. I had to figure out a way where I could still train and focus on the craft without compromising the family time. So that’s when I looked into helicopters, to be able to get down and back in 15 minutes.”

The tragedy is even more shocking considering that Bryant had a history of safe travel for a long period of time by helicopter.

His wish to “die young”

NBA Hall of Fame McGrady, spoke on ESPN’s “The Jump.” On Monday that how Bryant always wished “to die young”.
“This sounds crazy, but Kobe spoke this, he spoke this. He used to say all the time, ‘I want to die young,’” he told host Rachel Nichols.
He further told that Bryant would always say: “‘I want to be immortalized and, you know, have my career be better than Michael Jordan and I want to die young.’ ”

Kobe Bryant, five-times NBA champion, died at the age of 41 on Sunday afternoon, along with his 13-year-old daughter Gianna and seven others in helicopter crash in Calabasas on their way to Bryant’s basketball practice facility.

Hours before Kobe Bryant was killed in a helicopter, the Lakers legend congratulated his close friend LeBron James on the phone for surpassing him in the NBA record books during a game in Philadelphia.

He had also paid him tribute on social media for beating his record. (Bryant finished his career with 33,644 points)

“Continuing to move the game forward @KingJames,” Bryant tweeted. Much respect my brother #33644.”

“Literally just heard your voice Sunday morning before I left Philly to head back to LA. Didn’t think for one bit in a million years that would be the last conversation we’d have,” James wrote on Instagram.

To honor Bryant, the NBA postponed the Lakers-Clippers game on Tuesday and the date of the makeup game has not yet been announced.

After his retirement, he continued to stay busy in his career in media and industry.

It saddened many L.A. Lakers fans when Kobe Bryant announced his retirement from the NBA in November 2015. Kobe wrote in a poem titled “Dear Basketball,” in The Player’s Tribune.

“You gave a six-year-old boy his Laker dream.
And I’ll always love you for it,
But I can’t love you obsessively for much longer.
This season is all I have left to give.”

The NBA legend told his life story through art and creativity when the NBA legend transformed his poem, “Dear Basketball,” into a moving visual. He narrated his poem over an animation showing his life from childhood to adulthood. It earned him critical praise.

“I love storytelling and writing and producing, and working with other young talent to bring stories to life to either inform or inspire or challenge the next generation,” Bryant said, via Deadline. “I figured this project would let me create something that would let the next generation look at and process and interpret how they see fit.“

Another business venture Bryant was involved in was media and in August 2018, Kobe started another project and launched The Punies – a podcast for kids. A series of audio stories demonstrating a character called Puny Pete. Created and directed by Lakers legend, Puny Pete is “ambitious and determined, yet meek and insecure with a fear of failure,” per Collider. Pete is living with, “emotionally diverse group of kids who love to play sports together.”

Bryant stated in a press release: “Having spent my whole life playing basketball, there were many times I wasn’t on the winning team. However, those experiences ultimately proved the most valuable because they taught me perseverance, determination, and teamwork. As the father of athletes myself, I created ‘The Punies’ so that these stories will not only entertain the whole family but inspire young listeners to reach their full potential.“

The Punies was in its second season when the legend died.

Company CEO Mike Repole said per ESPN, “I wound up with an Oscar winner who has his fingerprints all over our creative that we deeply benefited from. He invested his money to be part of the brand versus an endorsement deal. He was in when we had 20 million in sales, so consider him a co-founder.”

Also, Kobe was making most of his post retirement time on enjoying with his beautiful family. Major part of his Instagram was either an adorable shot of his kids or a family outing photo. In June 2019, the legend proudly announced the arrival of his fourth baby, Capri.

His dream for his daughter Gianna

Kobe urged to watch his daughter, Gianna Bryant (who was also killed in the crash), mature into a basketball star. He spoke to late-night host Jimmy Kimmel. “…fans will come up to me and she’ll be standing next to me and they’ll be like ‘You gotta have a boy … You gotta have somebody to carry on the tradition and the legacy, and she’s like, ‘Oy, I got this.’ …  I’m like, ‘That’s right.’“

Some quotes by the legend

For more such articles, visit our official website Fajar Magazine.

The effect of Water-based skin care products on your skin
Why Gilgit Baltistan feels like home?
To Top