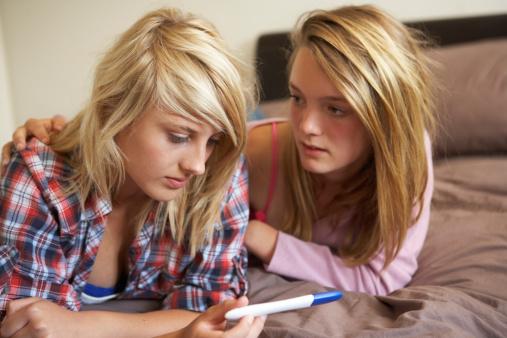 Teen birth rates in the United States are dropping sharply, especially among Hispanic teens, according to a new government report.

Brady Hamilton, a statistician at the U.S. National Center for Health Statistics and a co-author of the report, said:

During that time, rates fell at least 30 percent in seven states. Arizona and Utah each saw a 35 percent drop.

All but two states — North Dakota and West Virginia — reported drops of at least 15 percent, the researchers found. They tracked live births, not pregnancies. Hamilton said:

It’s good news. But it shows there is still much that needs to be examined and done.

There are still areas where teen births are high and that needs to be examined in greater detail.

Moreover, State policymakers could use the information to address changes to their education programs.

The largest declines typically were found in the Southeast, Mountain, and Pacific states, as well as the upper Midwest.

The study did not get into the reasons for the decline. However, experts attribute the decline to strong teen-pregnancy-prevention messages, increased use of birth control with the first sexual experience, and the use of dual contraceptive methods, such as condoms plus the pill.

The report is a reason to cheer but not to think the problem is solved, said one expert not involved in the study. The new finding “underscores the remarkable progress this nation has made,” said Bill Albert, chief program officer of the National Campaign to Prevent Teen and Unplanned Pregnancy, a nonprofit organization based in Washington, D.C.

As good as the progress is, Albert said, it’s important to realize that “our rates are still higher than in other countries.

Albert believes many factors explain the decline in teen birth rates. “These rates have been driven down by the magic combination of less sex and more contraception,” Albert said. More teens are delaying sex, he said, persuaded by sex education or parents, and more are using birth control.

The peer effect plays a role, he said. When teens hear that their friends are delaying sex or using birth control, it influences them.

Then there is the “MTV effect.” Programs that depict teen moms show the difficulties of pregnancy and parenthood, Albert said.

They really do show the challenges of early pregnancy and parenthood, he said. His organization has commissioned surveys to ask teens what they think of these shows. The overwhelming majority say these shows are sobering, not salacious.

Efforts to reduce teen births must continue, Albert said, or rates will surely go up again.