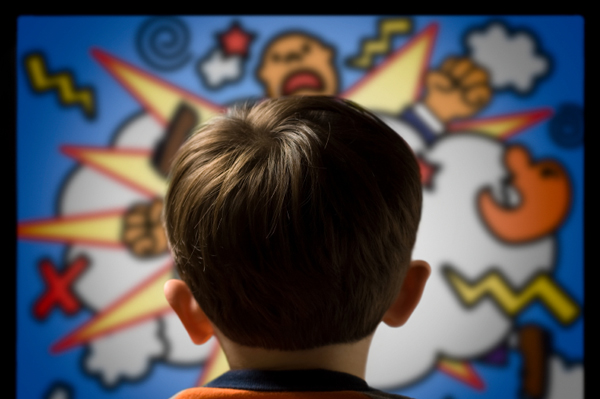 Cartoons are considered the most important part of our life in our childhood. I don’t think so that any one of us can say that no I was not a cartoon addicted at my young age. It was our daily routine to watch cartoons before going to school and when we came back home or in the evening. But as I remember my childhood, I don’t only watch cartoons all day sitting in one place but I had many other outdoor games as well. And I am sure you guys had the same kind of routine. But if we look at today’s generation I don’t think they have that kind of fun and refreshing routine. They are more stuck in their homes in front of their mobiles and TVs. Their playtime depends on mobile only. Without it, they don’t know how to pass the time. They are spellbound to TVs.

What is the point?

This is exactly my point to discuss that everything changes with time but it is not necessary that every change is good. The exact same thing is happening with cartoons. There was a time when cartoon network had awesome cartoon series like baby looney tunes, dragon tales, bob the builder, tom and jerry, Popeye, etc. but if you see today’s cartoons like bheem, Doraemon, Pokemon, Shiva, etc. I think these are not suitable cartoons that our new generation should watch because of these cartoons there are many behavioral changes that occurred in children and these changes are not good at all. We don’t recognize this danger that where our generation is heading. Just to relax our self or for some free time we give mobile and tabs to our children but we don’t check out what kind of cartoons they are watching and what will be the side effects of it.

I am going to discuss how much these cartoons can be dangerous for the social and psychological patterns of any individual.

The main problem I guess every parent is facing is their child’s changing language pattern. The kind of language uses in particular types of cartoons is not allowed in many homes. Once children adopt those words, then they want to use that phrases or words in public and that will be sometime the cause of embarrassment for parents in front of people or in school meetings. And trust me it would be a hard nut to crack to change their language again. That is why it is necessary to avoid all those types of cartoons that can be dangerous for your children.

Psychologists emphasize the negative impacts of cartoons on children. According to their conclusions, kids who watch cartoons 3-4 hours a day are prone to violence. There are many cartoons or video games that support violence. Children don’t feel anything bad in fighting or we can say it is the first step to growing terrorism in someone’s personality. Cartoon violence is damaging to children because they cannot tell the difference between real life and fiction. Today in many cartoons you see its characters jumping, diving, and falling from heights, then landing without being harmed. therefore parents seem to be happy with this as long as the cartoon doesn’t promote sex or any kind of violence. Please don’t allow your children to look or play any kind of violence game or cartoons.

Television has long been criticized for influencing children. People complain that certain TV shows and cartoons have negative effects on their children. The American Academy of Pediatrics (AAP) and the American Academy of Child and Adolescent Psychiatry (AACAP) both believe that TV does influence the behavior of children as young as one-year-old. “Children who view shows in which violence is very realistic, frequently repeated or unpunished are more likely to imitate what they see,” AACAP says.

According to studies, infants aged 18 months and older begin to take short-term interest in television. However, after 30 months (2.5 years) they might be called active ‘viewers’. They gain the ability to imitate behavior and events that they come across every day. So, even more, we can surely affirm that colorful characters from ‘innocent’ cartoons may turn into role models that impact a child’s psychological state.

At a very early age, children don’t have the ability to distinguish what is right or wrong. Sometimes they didn’t choose their idols on the basis of right or wrong but they are choosing on the basis of how much power that character is. This is the beginning of the danger because in the real world we can’t allow our child to do something like that cartoon character. Sometimes impossible for them to understand what we can do in the real world or not. Like for example in tom and jerry, they used to beat each other with different objects and in the end, the still remain the same but in the real world, this is not possible children get harm if they beat each other with those objects.

There is also the main problem that occurs when children start dividing their selves in games on the gender basis that girls are fragile and weak they can’t play this game and boys are independent and powerful they can do anything. We should not allow our children to be part of this kind of thinking. Above all, we should be very careful in the case of a male child and probably try hard that they should not consider girls are weak.

After reading all the above information, I guess it is high time for you to try to control or watch out your children’s behavior, their activities or their interest. Hence it is never too late to start something good. Similarly like every building’s strength depends on its basement, as it is a person’s personality or future depends on its childhood patterns. So don’t be so much carefree towards your child. Certainly, don’t make them habitual of mobile and TV because you have a workload or you have to manage your home. Your child should be your first priority and you should be active enough to judge a minor change in their personality at the beginning. It would be better if parents also regularly watch and discuss the characters of cartoons with children. Let’s protect our children from the negative impact of the media! Because healthy children mean a healthy future!