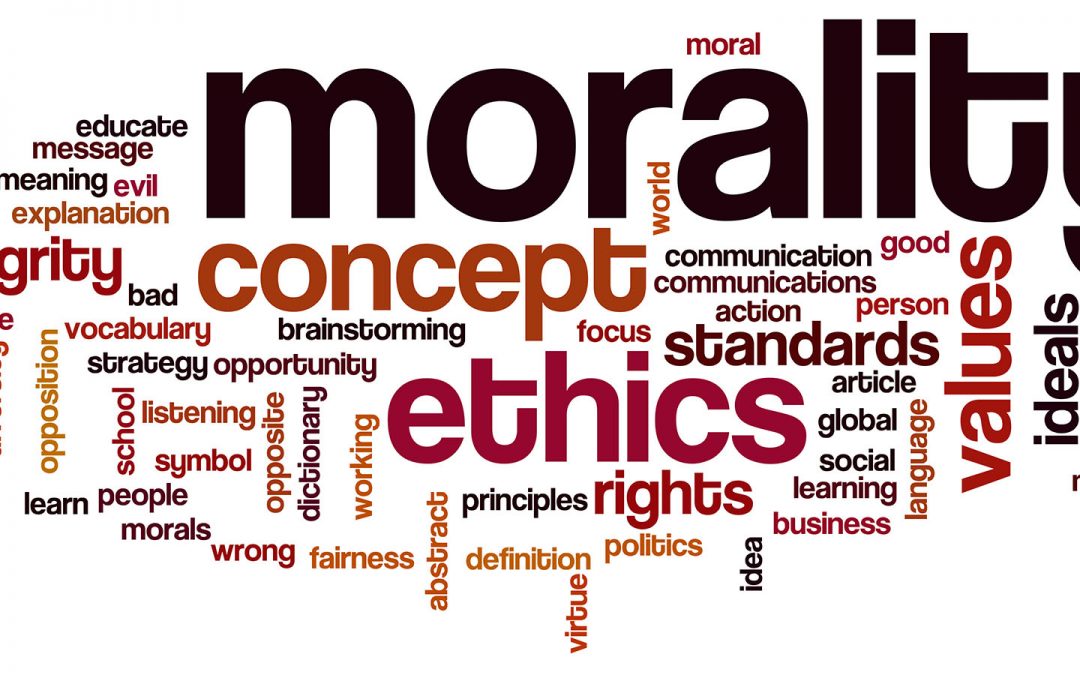 Morality inherently concerns with our behavior and humanity en route to society. However even now if we spotlight on world’s situation we visualize that in some such way we are losing our morality. The world is headed for the harsh sides of their personalities.

MORALITY AND OUR BEHAVIOR

Morality conventionally depict with three basic elements i.e,
1) To ensure honesty and balance between people.
2) Help us to become a good human being and maintain that goodness in society for others.
3) Good relation with the power that created us.

Predominantly people agree with the first element never they rely on the 2nd level many issues arise due to this popular philosophy
” I’M NOT HURTING ANYONE BUT MYSELF”
in the interest of some people used this philosophy as an excuse for their wrong choices and neglect the impact of those choices on society. However, the categorical disagreement occurs on 3rd level owing to large majority believe in a GOD and there is still a debate on the “theory of origin”.

Customarily if we think about morality we envisage that it is anyhow knit together to our religious values.

The Prophet of Allah, upon him be peace, said, “If one has good manners, one may attain the same level of merit as those who spend their nights in prayer.”

Among the things on which The Prophet of Allah, upon him be peace, has lead the more emphasis after beleif are,

For the sake of our religious commitments, we are well guided since every religion has a concept of good or evil. Confer to some researches or valid views we come to know certain facts that without adapting good moral values we could not achieve the height of gratitude that a person needs to fulfill the drive of life.

Regarding these analyses, we come to this point that on the whole our creator already made paths for our better and right choice so we have to obey and follow the Lord’s will then the only option for achieving God’s love is to make a strong bond with our moral values.

Service to humanity is worship to God

Although the sustainable question arises when we thought of the results of our decisions on others? What if my happiness becomes a source of pain for somebody? What if we get success on the basis of someone’s failure?
Intrinsically the real value of honesty and truth creates harmony, contrarily destruction and evilness is the only future of society.

MORALITY AND OUR CONSCIENCE!

Radically we have to know what conscience is related to. Is it intertwined to our religious values or our moral duties? Due to extensively, people have that feeling this is allied to our emotional decisions to choose what is right or wrong. We see so many people don’t believe in any GOD though follow the basic rules of any religion for humanity.
We recognize this point that morality and our conscience would depend on the behavior that we opted from society rather our divine structures.

.At times we chose such kind of rebellious act that impact very badly on society. Every so often society itself responsible for providing grounds to an individual to do such act. Approximating generally injustice, if our lawmakers and security departments don’t do their job properly with full honesty, then undoubtedly the chaos creates in society. People devastated and assuredly go for some harsh steps manifestly not good for society in any manner.

Contemporaneous we are living in a society where people don’t interfere in anyone’s matters. By reason of seriously it doesn’t affect them how someone is feeling or in pain. We experience so many examples of cowardness in our daily live like if husband is misbehaving with wife in public then nobody comes in between and stop the male to do so in view of people it’s their personal matter. So many others like if snatching is happing in public nobody from crowd come forward to resist whereas they fear maybe they got hurt because nobody has faith in GOD.

MORALITY AND PROBLEMS THAT BOTHER:

There are several morality problems that bother us on large grounds.The fact of the matter is that grievously people not even want to apprehend it so taking a step on that is a far thought!

For example, when girls travel in public transport many inappropriate things happen to them. But almost entirely male majority stay silent owing to they won’t care about it. This thing doesn’t affect them as long as its not enmeshed to them or their family. Similarly, if a powerful person doing wrong with poor people nobody save them. Considering, we care about ourselves more then our losing humanity.


HAVE YOU EVER EAVESDROPPED?

Eavesdropping chiefly becoming an issue. As things go people are not grasping about their moral values most of them love to listen to other’s conversations. Even if we firmly see our society some people are checking our bills if they are standing behind us. Listens what other person is ordering is become common. Even in a family, we do not envision that this is not a good thing.

After be cognizant of morality we came to conclude this point that morality primarily itemizes with our courteous devoir rather than our ecclesiastical obligation.

Why Reading Has Become Musty In Mod Day
Why Do I Make Blogs?
To Top