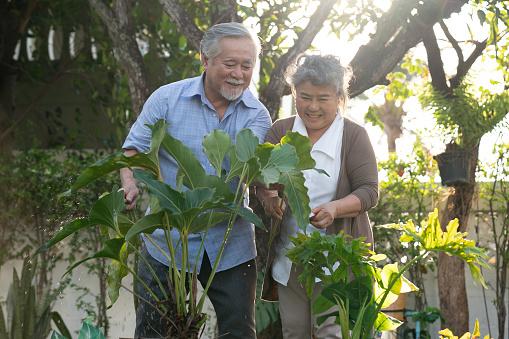 A new study finds one of the benefits of a long marriage may be fewer arguments as the years go by.

The findings are in keeping with prior research showing that as people age. They avoid conflict in favor of more positive experiences to make the best of their remaining years.

The new study included 127 long-time married couples in middle or old age who were followed for 13 years. They were videotaped during 15-minute talks centered on contentious topics ranging from housework to finances.

The demand-withdraw pattern in married couples

The researchers wanted to see if the couples’ use of a common and harmful type of communication — called the demand-withdraw pattern — changed as they aged. In this pattern, one partner blames or pressures the other for a change. In contrast, the other partner tries to avoid talking about the problem and withdraws from the discussion.

This type of avoidance generally is believed to cause damage to relationships because it prevents conflict resolution. This may be particularly true for younger couples who may be dealing with issues that are newer to them.

The researchers said that most aspects of demand-withdraw communication remained steady over time among the couples in the study. Still, both partners became more prone to changing the subject or diverting attention away from the argument with age.

The researchers reasoned that older couples have already had decades to voice their disagreements. Therefore, avoidance may be a way to move the conversation away from “toxic” areas and toward something more pleasant.

The age of the partners in marriage appears to drive this shift in communication. Still, the change might also be influenced by the length of the relationship.

Study author Sarah Holley, an assistant professor of psychology and director of the university’s Relationships, Emotion and Health Lab says:

It may not be an either/or question. It may be that both age and marital duration play a role in increased avoidance.

Holley hopes to compare older couples in long-term marriages with older newlywed couples to learn more about these influences.

Holley said demand-withdraw communication occurs in all kinds of couples. She compared heterosexual, gay, and lesbian couples. She found strong support for the idea that the partner who desires more change will be much more likely to occupy the demanding role. Whereas the partner desires less change. Therefore may benefit from maintaining its status. It will be more likely to occupy the withdrawing role.

The study was published online on July 1 in the Journal of Marriage and Family.