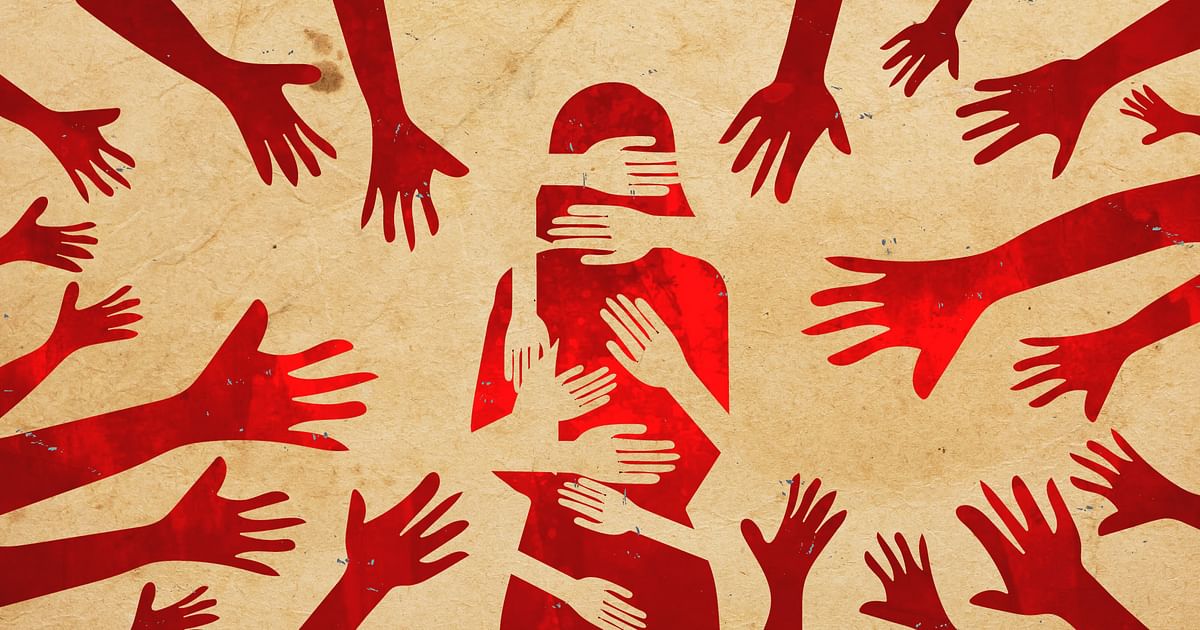 The increasing statistics of rape cases in Pakistan from the last 3 years make us more and more insecure about our freedom, nationality, and gender. The word rape when enters in our ears circulates a deep sense of horror in the whole body. Not just for the female gender, but I believe that every sensible human on this earth have the same experience regarding this word. My concern for today is: Is rape only a condemnable crime? Is 15 years or life imprisonment is enough for the destruction it made on the victim’s life? NO! A big NOOO!

No Compromise On Sexual Assault!

Sexual assault is the second most horrific crime in the world after the murder. No one has the right to force someone for doing what they don’t want to do especially something illegal. A state like Pakistan, which was given freedom in the name of Islam, to follow the Islamic perspective of life. Are they allowed to do nothing but just condemning in regard to these cases?. From the last ten years, I have been noticing that for every alarming case though it belongs to sexual assault to blasphemy, child abuse to the worst sanitation situation of the country’s largest city, a dozen committees of dozen of people are made for no use!

The most ridiculous side of this crisis is, many people out there are blaming the victims for their appearances, their decision to go outside the home late-night or etc. As we live in a jungle or any deserted region of the world where at certain times or in certain get-ups there is a chance to be get robbed, raped, murdered, and then even burned for no reason! But when the time came for budget, tax payment our government makes Pakistan the Islamic Republic of Pakistan, a Democratic state. A state where we pay 10% of GST tax on the purchase of an Rs.10 biscuit, where we stand in tiring long lines in order to get our National Identity Card. But in return, what we get? The air of horror and terror in society?

The man who could not control his nasty emotions by seeing a girl is no more different from the dog who could not control his hunger and attacked anyone who is in front of them at that time. We are supposed to keep these mad dogs and animals aloof or probably we vanish them from society as they are a continuous threat for the lives of the crown creation of this universe. So why not we should hang these rapists who could not control their nasty emotions when they see any opposite gender creature in fact even sometimes the people from their own gender are not safe from them. The death sentence should be the only punishment for rape so that no one could dare to think of it in the future.

Lame Discussions In The Name Of Religion!

There is so long discussion that women should cover themselves properly to avoid getting into this type of issue. And as Islam recommends women to cover themselves in front of all na-mahrams. No one can deny this and yes it is seemed to be one of the solutions to avoid these types of incidents. But my question to all those who are saying it the 100% reason for rape attempts is that men don’t have any sense of responsibility before doing this? Don’t they have any standards or rules or regulations in their life? Aren’t they answerable to anyone? Don’t they have anything right or wrong in this world? they are supposed to do anything they want with anyone.

I am not saying this because I am a feminist, anti-men, or a secular woman. I do follow the concept of Pardah(Covering of body in front of na-mahrams) of Islam and a proud Shariah Pardah observant girl. And I’ve met so many men in my life who respects women so much and realize their security as their responsibility. But the fact of the matter here is that the people blaming women for rapes are wrong and that rapists must not be considered under the category of men as they are just the sick mental creature of the universe which must not be let alive.

What Islam Tell Us To Do With Rapists.

An incident during the time of the Islamic prophet Hazrat Mohammad (S.A.W) tells what should be the punishment of rape:

When a woman went out for prayer at dawn, a man attacked her on the way and raped her. She shouted but the rapist escaped. When another man came by, she complained: “That man did such and such to me.” And when a company of the Emigrants came by, she said: “That man did such and such to me.” They went and seized the man whom they thought had raped her and brought him to her. She said: “Yes, this is the man.” Then they brought him to the Messenger of God. When he (the Prophet) was about to pass sentence, the man who (actually) had raped her stood up and said: “Messenger of God, I am the man who did it to her.” He (the Prophet) said to her: “Go away, for God has forgiven you.” But he told the man some good words [Abū Dāwūd said: meaning the man who was seized], and of the man who had had intercourse with her, he said: “Stone him to death.”

Death Sentence Is The Only Solution Of The Increasing No. Of Rape Cases In Pakistan!

To the leaders of my country, who think that death punishment is so harsh for them and so we are a member of UNO so we should give some soft punishment to them. So my concern for this statement is, being a member of UNO maintaining peace and security of the citizens is also the obligation of this country. And is rape such a minor crime to which death punishment is so harsh? It devastates the life of the victim in the most humiliating manner. Once this type of case leaked in public, the victim has to face unlimited problems, and if the rapist could not the given this harsh punishment what the impact of them marked on society? This breeds a sense of freedom, encouragement for all rapists out there and for all those who are intended to do this in the future.

Punishment Of Rape In Different Countries.

We have the example of Saudi Arabia, Iran China where the punishment of rapists is to hang them in public. So their statistics of rape cases are much less than our country. There is no benefit for letting the rapists alive in this world. They are mentally sick and are not able to be allowed to live like a normal citizen of a country.

Keeping in mind the law and order situation of the country. We all should take care of ourselves by using some precautionary measures like below:

There’s this feature of SOS in our phones which we can use while in a state of emergency/threat.

There’s this feature of SOS in your phones which you can use while in a state of emergency/threat. Go to settings > advanced features > Send SOS messages, enable it. Now you can add up to 4 contacts you trust. I would recommend having at least one friend in that list, don’t just include family members. To use this feature, all you’ve got to do is to press the power button thrice in quick succession. Then the device will send an SOS message to the selected contacts along with your location at that point.

Open the Health app and tap your profile picture. Tap Medical ID, Edit, and then scroll to Emergency Contact, select the add button to add an emergency contact. Chose a contact, then adds their relationship. Tap Done to save your changes. Press the power button 5 times to send an SOS alert.

Always have some sharp objects like a knife, scissor in your bag with you while traveling. Keep pepper spray/body spray so that if someone wants to intrude you just spray it in their eyes. Learn some self-defense techniques on youtube.

May ALLAH protect us all from all the evils. Aameen

Traditional Books OR E-books?
Honey; Treasure From Nature!
To Top