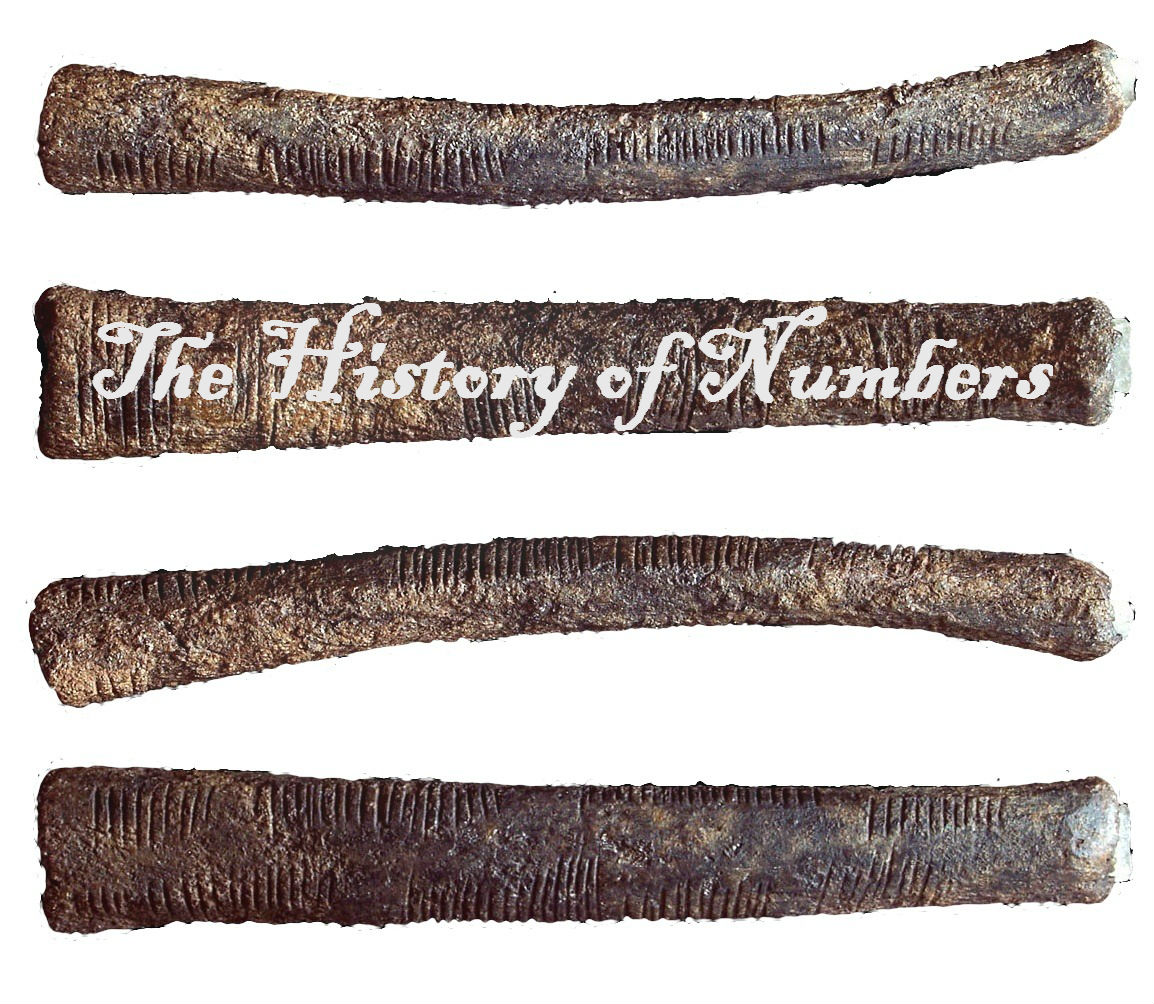 Numbers seem to have existed forever as a system of counting, but that is not the case. History shows that early men used to keep track of things using stones or sticks, and marks on bones. The Ishango bone, now preserved in the Royal Belgian Institute of Natural Science, is a historical indication of how men used to count. The bone (fibula of a baboon) has a series of parallel lines engraved on it and it seems to be a method of counting using something resembling tally marks. It dates back up to 20,000 years, but was discovered in 1960.

The next evidence we find of a counting system is in Sumeria, it around 4,ooo BC. It is true that numbers or some sort of a number system might have existed in this huge gap of knowledge, but as far as we know, counting systems did not even need to evolve before the advent of cities. As cities formed, the world developed and men began to figure out more ways to earn and exchange commodities, the felt a need also to standardize systems so people wouldn’t be cheated. The Sumerians came up with a system of tokens. These tokens they used to represent the wealth each person possessed. At first, these were clay tokens in clay bags, stamped with the city’s official seal. Soon afterward, they realized that instead of separate tokens, the could use markings on a clay tablet. These tablets too were engraved with their official seal to keep the system honest. Here too, a sort of arithmetic began to develop. Through the tokens and the clay markings, the people were able to add and subtract amounts. Until now, people counted in units.

The next major development came in Egypt. The Egyptians, with the need to build colossal structures such as pyramids, obviously needed proper and complicated measurements. They began using the unit one as a unit of measuring rather than just counting, and hence came up with a cubit which implies a length of a forearm. This they indicated with official (and sacred, to them) sticks kept in temples. We may see it as the early form of a scale, perhaps. The Egyptians made another significant contribution the number system. They actually symbolized numbers. A stick to represent one, a rope for ten, a coil of rope for hundred, and they even created a symbol for a million, which was a prisoner on his knees, praying for forgiveness with his hands raised up.

The Greek mathematician Pythagoras, famous for his Pythagorean theorem, studied in Egypt. He learned their number system and established a school of math in Greece. From there, numbers developed further. The concept of odd and even numbers came into existence too. But when the Romans came, math diminished in this part of the world.

The next developments in the number system were made in India and Arab. The Indians needed complex units of measurements to describe spiritual concepts such as nirvana or rajju and palya. Hence, they had a number system consisting of nine numbers, each with its own symbol. They are also credited with the invention of zero, since they needed very large numbers and the addition of a zero was a transforming invention. These numbers then reached Arab, and were further developed into what we have today. This was in the 8th century.

In the hands of Muslims then, the current form of numbers came to be. Al-Khwarizmi is credited widely for this. The Muslims, because they needed to carry out laws established in Islam, came up with fractions and equations. The Arabic numeral system was much more practical than all others used in the world, especially the Roman numerals then used in Europe. They created algebra and quadratic equations and hence contributed to all fields of science.

By 1200 AD, an Italian merchant Fibonacci had learned the Arabic numerals and transported the system to Europe. In 1202, he published a book, “Liber Abaci” introducing the Arabic numerals to the whole of Europe. After the Reformation, this system became even more widespread and famous till it conquered the entirety of the world.