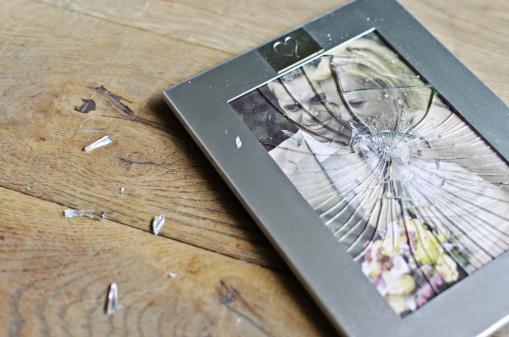 The number one cause of extramarital affairs is not accepting your partner as he or she is. You want him/her to change. Disliking habits and lifestyle of your partner, there are certain things about your partner which bother you. Constantly reminding him/her to change these habits, is proof that you don’t accept him/her the way he/she is. For example, I don’t like you when you sit in a certain way or talk loudly. When you are not accepting the other person, your attitude towards him/he is disrespectful and you cannot love your partners as you used to before. The other person feels lonely and ignored. To get rid of his rejection and disrespect, he seeks love and acceptance from the outside.

When a partner finds someone who respects, loves, and values him/her the way he/she is,they seek all the missing things by making extramartial relationships. They are already hurt and in pain. Even though it’s wrong and immoral, your partner cannot resist the other person who accepts him/her without any objection. Their inner energy and vibes match and they start to get involved in other people. When they don’t get love and acceptance from the other person, they have questions in their mind like ” Don’t I have the right to be happy”? “Don’t I deserve to be loved by someone”. Hence, lack of emotional attachment, acceptance, and disrespect make them slip from the right pathway.

Low self control and temptation:

The other reason for extramarital affairs is your inner personality of getting attracted to multiple partners. Now, what does it mean to have the nature of attracting multiple partners? Most men have this type of nature. They get attracted to women outside, when they find someone more beautiful than their wife, or someone who has a nice and soft nature, obsessed with her ways of the style of communication, they get attracted to that woman. They don’t have self-control and they can resist due to high temptation. This doesn’t mean that they have problems in their marriage, or they don’t love their wife. Many researchers and studies have shown that men get attracted to other women in their relatives or outside their house.

According to Mayorika Das Biswas, One of the main reasons is having high libido which means having high sexual urges. The people who have high sexuality cannot decrease it on their own and the people who have low sexual urges cannot increase it of their own volition. Some people are satisfied with their partner in other aspects but they are not satisfied with the sex, hence they seek pleasure and satisfaction from other people. When the partners lack satisfaction, peace, and tranquility in their marital relationship, they look out for extramarital relations to have that satisfaction.

The partners who are under trouble or pressure, or feel suffocated in their marriage, look for satisfaction from people outside their house. Most people with low self-esteem get respect and love from the other person, they start getting attached to them, it forms a new bud of a relationship. To fill the emptiness and space in their relationship, they have extramarital affairs and they give validation for all kinds of sinful acts like kissing, cuddling, and having sexual relationships.

Geting married at a young age:

Now this reason may sound weird! But According to family therapists and relationship experts, the other main reason is marriage at a young age. When they learn how their friends and other relatives who have married late in their life have dated multiple partners in their life, while they were unable to enjoy the pleasure of multiple partners. So the partners think that it’s my right and I deserve to enjoy pleasures and adventures to experience in my life. We as human beings are less thankful and more disappointed in things that are missing in our life. So to fill the gap, they involve in an extramarital relationship via dating apps, social media, etc.

How to deal with extramarital affair:

Seek help from a therapist:

Sometimes partners in a relationship are not wise enough to deal with the issue. When they try to communicate the situation gets worse. Without wasting further time and complicating your relationship, it is best suitable for both to seek help from a relationship expert or therapist. He can act as a middle man to hear the whole discussion and can recommend a solution. Most couples resolve their marital issues by consulting with them.

Get rid of abusive relatioship:

If your relationship doesn’t work that way even if you and other family members have tried to turn the tables so that things can take turns in a good way for both partners. It’s not going to work. It’s the time to nip the evil, which means to get rid of your partner. As living in abusive marriage can ruin your mental sanity, some women even suffer from depression, anxiety, and inner mental torture. They become more sensitive, paranoid, and unable to trust anyone in their life.

Despite all these thoughts and reasons, we can still heal from extramarital affairs. To resolve this issue, you have to seek help from other family members who are concerned about you. Whoever is trying to fill the gap between husband and wife, should not hate the partner who is cheating. The person who is trying to patch up the couple may find it difficult, without blaming the partner who is cheating. You have to accept that it’s natural to get attracted to other people when they feel rejected and suppressed in marriage. You should not tell him that you are doing wrong. Can’t think of saving your family, this is an immoral and irreverent activity?

This is not the way you should tackle this situation. They already know about this. You have to understand that the other person is in pain, whatever he/she is doing because of the pain. That is why the partners drifted away.

You just need to change your perspective:

But the best way to save your relationship, even if the other partner feels betrayed or disgusted because of the feeling that their partner is having an affair out of his marriage. You can still save your partner and get him back. It’s a kind of disease. It’s an emotional illness. Will you help your partner to help him/her heal from this illness?

Of course,  you will help him. Just change your perspective, and accept that he/she can betray.  You have to think above the ordinary. Just change your way of looking at the situation. It would be difficult and it requires strength to heal from this situation.  When you constantly remind yourself that your partner betrayed me, cheated me, you are emitting negative energy, disrespecting and rejecting the other person. Remember that a relationship is about giving respect, love, nurturing, and healing when he/she is in pain.  Relationships are what you think of them in your mind. The minute you start manifesting and understanding the other person that he or she can feel a certain way, whether it’s opposing to your opinion or completely wrong. You will find the right way to deal with it. Understand and accept the feelings of your partner. Communicate with him without rejecting his feelings.

How guilt can ruin you?

Let’s take another scenario, Is it worth getting separated when you are having children together. Or have been married for ten years, or fifteen years? Let’s say that you got rid of your previous marriage with your partner and get married to the love of your life, will you be really happy? Will you be able to love each other as you used to before?

No, you will not be able to do that. Even if you have got rid of that person, he or she is still living with you in your mind. Reason: Guilt. When you remarry to the other person, you are carrying a huge load of guilt with you. Leaving your children behind? Leaving your family behind? You already have a perception sitting in your mind that your previous family members are suffering for nothing. Your children haven’t done anything to deserve this life. Maybe timely you are happy and satisfied in your marriage, but you will encounter this feeling in the future.