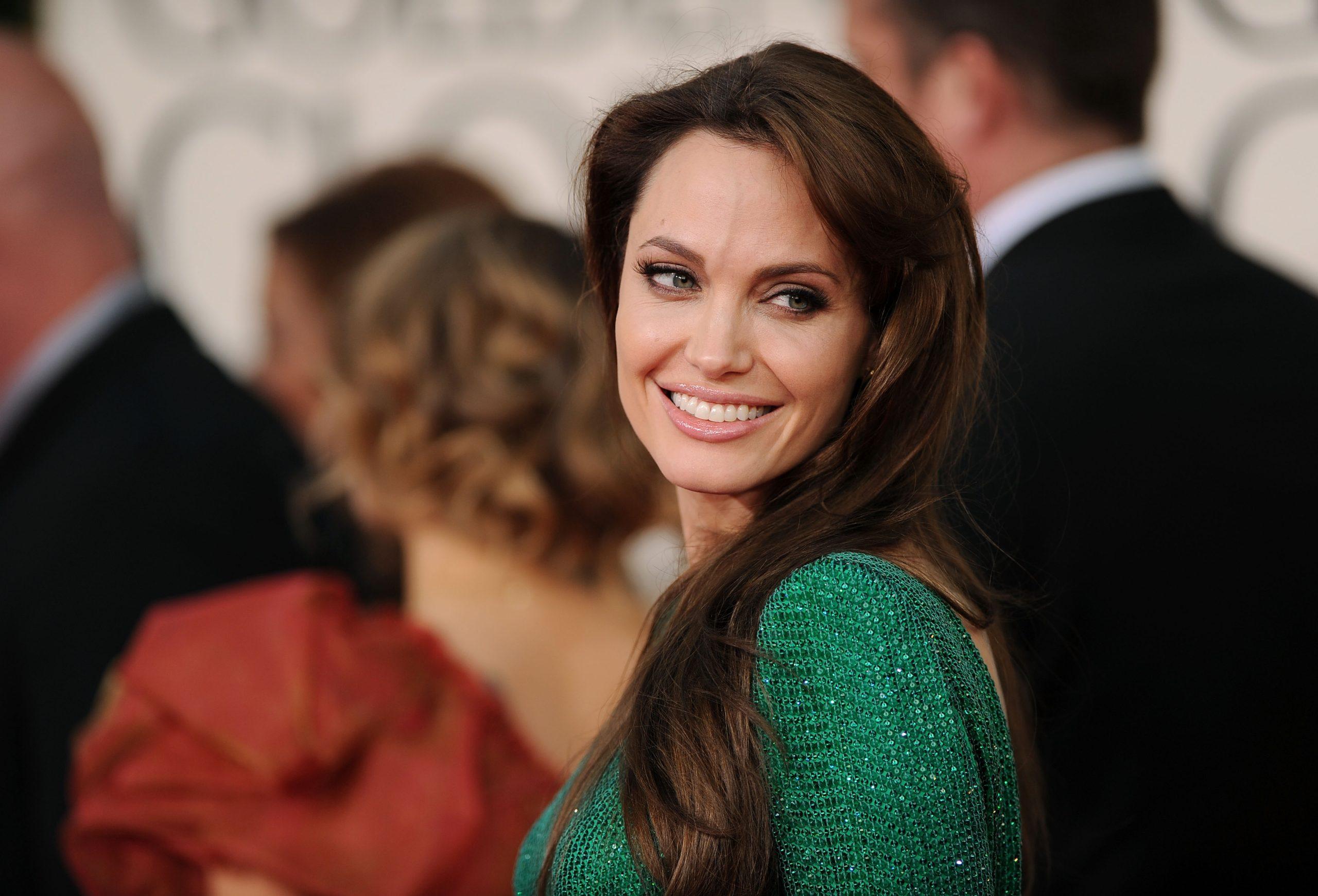 Monday’s New York Times  from Angelina Jolie announcing her decision to have both of her breasts surgically removed in order to drastically reduce her chances of developing a genetic form of breast cancer was met with praise and support around the globe. Readers applauded her bravery, as well as her choice to publicly share this very personal ordeal. Jolie inherited a mutated form of a gene known as BRCA1 that, in her case, results in a lifetime chance of breast cancer of up to 87 percent and lifetime risk of ovarian cancer of 40 percent or more. Jolie’s mother died at age 56 after a 10-year battle with ovarian cancer.

Jolie’s motivation for being so pro-active is quite simple: her children. “I love them and will do anything to be with them as long as I can,” wrote Jolie.

Her revelation, however, raises many questions for women including, how do you inherit a defective BRCA gene, how do you know if you have one, and is a double mastectomy your only option if you discover you carry a defective gene.

Defective BRCA1 and BRCA2  genes can be passed down from your mother or father. These gene defects are considered rare, estimated to occur in less than a half percent of the general population without breast or ovarian cancer, and in five to 10 percent of women with breast or ovarian cancer.  BRCA1 and 2 mutations are also rare in women who first develop breast cancer over 50, but more common in women who first develop breast cancer in their 30’s and 40s.

If you have a family member affected with breast or ovarian cancer, but their BRCA1 or 2 status is unknown, then this family member should be tested first.  If they are negative for a mutation, then you should not be tested.

Is Double Mastectomy the Treatment of Choice?

For women carrying the defective gene who want the greatest reduction of risk for developing breast cancer, a double mastectomy is the most viable option at this point. (Yet even after removing both breasts, a woman with BRCA1 mutation will still have a cancer risk of 5 to 10 percent since there is no way to completely remove all breast tissue with surgery.)

Carol Fabian, MD, a breast medical oncologist and director of the Breast Cancer Prevention at the University of Kansas, says it’s important to note that for women between 35 and 40 facing the same situation as Jolie, there are viable alternatives to removing their breasts. “Another option for Jolie would have been to remove her ovaries and fallopian tubes, but keep her breasts and have twice yearly breast imaging, alternating with breast MRI and mammography, and twice yearly exams.” By taking this route, Dr. Fabian says a BRCA- positive woman could reduce her chances of developing breast cancer by 50 to 70 percent and reduce the ovarian cancer risk by 80 to 95 percent.

But when facing cancer, every reduction in risk matters, and so do statistics about mortality. The type of breast cancer that occurs in 50 percent of BRCA 1 mutation carriers like Jolie—triple negative breast cancer, or TNBC—is three times more fatal than all other breast cancers (even accounting for chemotherapy and radiation therapies). You begin to understand why a woman would choose to pre-emptively remove her breasts and ovaries.

But given the reality these women face —cutting off and out body parts with major surgeries that carry their own risk of serious complications, including breast reconstruction surgery, instant menopause from ovary removal, and permanent loss of sensation to the breasts— and the advances in other areas of medicine, the question that needs to be addressed is why are these drastic measures our only options?

“There’s a certain tragic component to all of this,” says Vincent Tuohy, Ph.D., an immunologist at the Cleveland Clinic’s Lerner Research Institute, referring to the surgery Ms. Jolie and thousands of other women in the U.S. have each year; he estimates the Cleveland Clinic alone does around forty prophylactic mastectomies per year. “Angelina did something defensively because she is in a situation where her only option is surgery—so she dealt with it now by removing her breasts, says Dr. Tuohy. “In other cases, we wait until the breast cancer is discovered, and then we proactively attack the tumor with all sorts of offense, including surgery, radiation, and chemotherapy.”

A Breast Cancer Vaccine: We Might Be Closer Than We Think

Dr. Tuohy believes we can do better by women, and he’s spent the last eleven years working with a team of researchers in the hopes of finding a better way to control breast cancer: a simple preventive vaccine.

To date, his research has involved mice and experiments with human breast tumors, and specifically TNBC. Dr. Tuohy’s vaccine targets proteins that are overexpressed in TNBC, but not expressed in any other normal human tissues except lactating breasts. “The vaccine has the potential both to treat and prevent TNBC and would likely be particularly useful for women who have finished breastfeeding and are at high risk for developing breast cancer”, says Dr. Tuohy, “It would provide pre-emptive immunity against emerging triple negative tumors.”

If the initial research looks so promising, why aren’t researchers rushing to get the human trials underway? Lack of funding, says Dr. Tuohy, who has applied for more than a dozen grants and been turned down for all of them. Some of the reasons given included concerns that the vaccine would cause autoimmune complications and that the proteins that need to be targeted are not expressed in human breast tumors.

Despite this, he’s not discouraged. He senses a shift in how the medical community is viewing the research and he believes that this changing perspective may soon make it possible to prove the effectiveness and safety of this breast cancer vaccine

“We need to promote more of the innovative research such as the type Dr. Tuohy is doing,” says Dr. Fabian. “I think part of the resistance may be because he’s an immunologist rather than someone with a track record in cancer research. But really, we need to be looking at other alternatives and I think he’s on to something.”

If the Cleveland Clinic’s Lerner Research Institute is able to raise six million dollars they could begin the clinical trial process to determine the dose and safety profile of the vaccine for use in women. Advanced clinical trials to test efficacy of the vaccine would require another round of funding, and the whole testing process would take about ten years from start to finish. Assuming each phase of the testing is successful, and the vaccine wins FDA approval, the vaccine could be available in 10 years.

Being open to the idea of a vaccine for breast cancer is one thing, shifting the current paradigm of how we fund breast cancer is quite another, says Breast Cancer Surgeon Kathleen Ruddy, MD, a founder, president, and executive director of the Breast Health & Healing Foundation, and author of the forthcoming book on a breast cancer virus.

“Breast cancer is a huge and varied industry and one that is highly profitable and may not necessarily be inclined to sacrifice itself on the altar of prevention,” says Dr. Ruddy. “Of the estimated $50 billion devoted to breast cancer (diagnosis, treatment, support, philanthropy, and research) less than two percent is spent either on understanding the causes of the disease or working toward primary prevention of the disease.”

The idea that we could vaccinate against cancers is a relatively new idea, but now we have proof of concept with the cervical cancer vaccine Gardasil.  The possibility of other effective and protective cancer vaccines is now within reach.

“We believe that this vaccine may someday be used to prevent breast cancer in adult women in the same way that vaccines prevent polio and measles in children,” says Dr. Tuohy.

“Someday” may have been too far off for Jolie. But should one or both of Jolie’s two biological daughters inherit the defective BRCA1 gene, surely their mom and dad would be thrilled knowing a single vaccine could be given to help prevent and/or treat this insidious disease.

Why Men Should Avoid Calcium Supplements
Bullying Begins at Home: How Siblings Can Hurt Each Other
To Top